‘The Society’s Kathryn Newton Thinks Allie & Harry Were ‘100%’ Endgame: They Were ‘Meant To Be’

‘The Society’ sadly isn’t coming back for season 2. However, HL spoke EXCLUSIVELY with Kathryn Newton about Allie and Harry, the biggest question she wanted an answer to, and more.

The Society fans were shocked when Netflix reversed its season 2 renewal in a COVID-19 related cancellation. The show was expected to start filming in Sept. 2020, but Netflix revealed the show would actually not be coming back just a few weeks before. The Society had garnered a massive fandom that wanted to see what was next for Allie, Harry, Grizz, and the rest of the New Ham teens.

One of the most popular ships to come out of The Society was Allie and Harry. There was always something simmering just beneath the surface with these two. They slept together once but were soon pulled in different directions. However, their connection never died. Allie even went to see Harry during his depressive episode and comforted him. No Hallie shipper will forget when Allie touched Harry’s hand, and he sweetly grabbed her arm in return. A small gesture but an intimate one that spoke volumes. 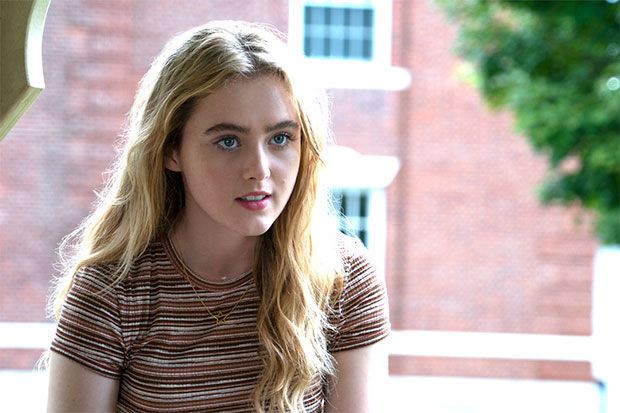 Kathryn admitted that she was “really hoping for some more Hallie content” in season 2. “Alex [Fitzalan] is amazing, and we had so much fun,” Kathryn continued. “It’s just fun when the fans ship you, and you can have fun with it. That brought us so much joy when you see that two characters or any character you play resonate with people. You just feel a lot of love from that. So even when the show got canceled, we were like crying almost tears of joy to feel how much people love the show and the characters that we played.” 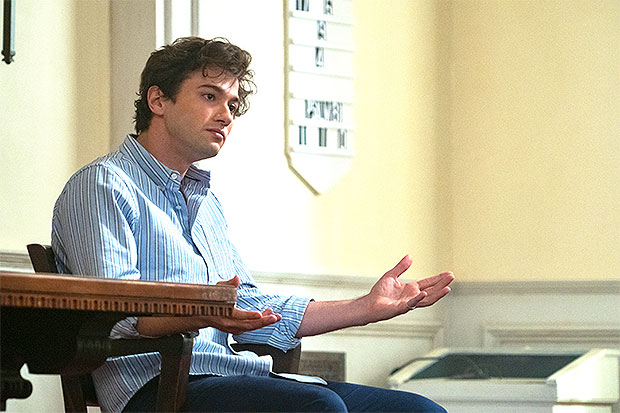 The end of season 1 ended with major twists and many questions to be answered. Campbell, Harry, Lexie, and the Guard pulled off a coup and dethroned Allie as mayor. Allie and Will were arrested at the end of season 1, with Harry and Lexie being instated as co-mayors. (If you’re a Hallie shipper like myself, you had hope that Harry was secretly working to save Allie in the end.)

The season also ended with the birth of Becca’s baby. The father of Becca’s child remains a mystery, and that’s something Kathryn really wanted to find out. “I just want to know who Becca’s baby daddy is. Legitimately, who is it?” Kathryn said and then added, “And I felt like Allie was going to be the queen once again, so I wasn’t too worried about her taking their crown back.”

Despite the cancellation, Kathryn isn’t giving up hope that The Society could continue on someday. “I definitely hope the story gets finished for the fandom that we’ve created. I love the fans and The Society so much. I love my cast. I think that will last forever. We were all heartbroken when we found out we weren’t going to be able to finish the season, so I’m hoping that there’s some way, maybe like a podcast or anything like that. If I’ve learned anything from the power of fandom it’s that if they ask, they will receive. So if they keep asking, maybe we can finally make something happen.”