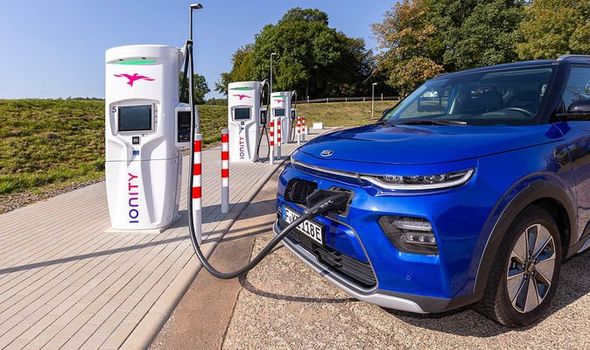 Only a quarter think it is perfectly acceptable as a guest to swear inside someone’s home while a mere one in 10 see no issue with asking for the Wi-Fi password within 30 minutes of arriving. When it comes to use of the house’s facilities, 26 per cent of hosts say you should never go for more than a wee when visiting.

The research, by Kia, also revealed it is vital to call ahead – with 51 per cent saying it is rude to turn up at someone else’s home unannounced.

More than a quarter (26 percent) of respondents have banned a guest from their home for bad behaviour, while a similar figure (23 percent) has refused to go back to see a host following a negative experience when they visited.

Guests should typically wait around 50 minutes before asking for the Wi-Fi password – however 40 percent say you should NEVER ask for it.

The findings were revealed by Kia as a wave of electric car sales could create a phenomenon of people wanting to plug their electric cars in at their friends’ houses.

But as a nation known for its politeness, 56 percent would let them, with 23 percent doing it without hesitation and 33 percent with some reluctance.

Commenting on the findings, etiquette expert William Hanson said: “I feel very lucky that I have never had to ban anyone from my house, although some may have come closer than others.

“Nothing is more annoying than guests who turn up late – possibly ruining the host’s timings for the meal and protracting their effort.

“It is always people who don’t themselves host who are late.

“Asking for the Wi-Fi password is a modern manners sin – unless there is a very good reason to use your host’s Wi-Fi, you are there to socialise with your host and their family, not the people on your phone.

“Is this due to e-changing being a newish concept? I wonder if this will change over time.

“Ultimately, a can of petrol costs a lot more than an hour’s electricity for the car, so is it directly comparable?”

More than half (51 percent) of Britons think it’s acceptable to ask to borrow the host’s phone charger so you can plug your phone in.

And almost two thirds of those surveyed for Kia via OnePoll said asking to plug the car in is no different to asking for a jerry can of diesel or petrol from their shed or garage.

Part of this will be down to confusion around costs, with 79 percent unaware how much electricity was being used to charge an electric car.

Kia recently launched its new Kia Charge service, which gives owners of the brand’s electric and plug-in hybrid vehicles access to around 17,000 charge points across the UK – around 68 per cent of the public charging network – from a single account.

A spokesman for Kia said: “Visiting friends and family or playing host can be a bit of an etiquette minefield. Throw in the rise in popularity of electric cars and it could create an awkward conversation between friends and relatives.

“Electric car charging is still a relatively new phenomenon for many people, but one which is becoming more popular every month.

“To make it easier, and avoid a tricky situation, we’re pleased to introduce KiaCharge which gives drivers access to thousands of charging points via one simple app.”

The 10 worst things to do as a guest: