‘It looks like a woman’s flower’: High end jeweller is ridiculed on social media for a pendant designed to represent fingers – that resembles another body part altogether

A high end British jewellery designer has been ridiculed on social media after unveiling his company’s latest design, which has a rather unfortunate resemblance.

Theo Fennell, who is known for his quirky creations, shared an imaged of a pendant on social media, which followers insist looks exactly like a woman’s intimate parts.

It is meant to symbolise how a goldsmith assesses a gem ‘by placing it between their index and middle finger’, but many were convinced it looked entirely like another body part.

‘It definitely looks like a vulva, vajayjay, a woman’s flower,’ one wrote. ‘Then I read what it’s supposed to actually be, I had to magnify the picture to see the supposed fingers and I still just see a wrinkled vulva and a beautiful gem. Sorry Theo Fennell.’

Another joked that they could have avoided the issue by having ‘just one woman on the design team’.

Others said it was the very definition of a vajazzle, while a clever commenter poked fun by saying that Eve Ensler, famed for writing The Vagina Monologues, would surely be a big fan on the necklace. 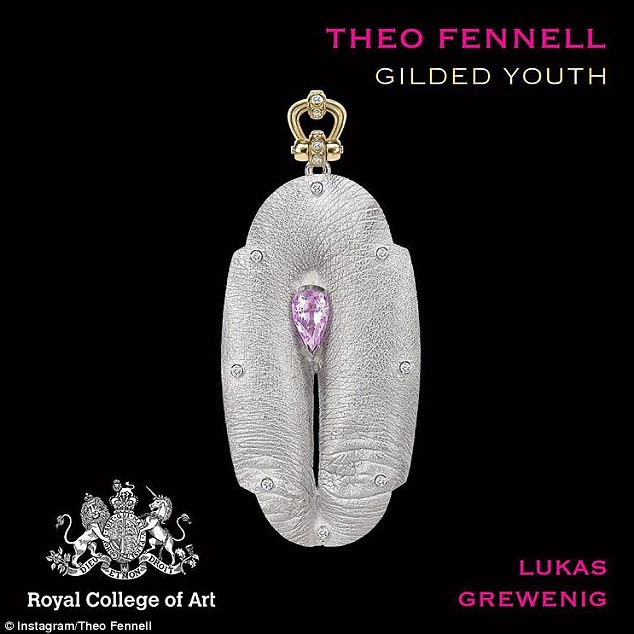 Theo Fennell has been ridiculed online after unveiling a pendant made by a student as part of his company’s Gilded Youth programme, which people insists looks like a woman’s private parts 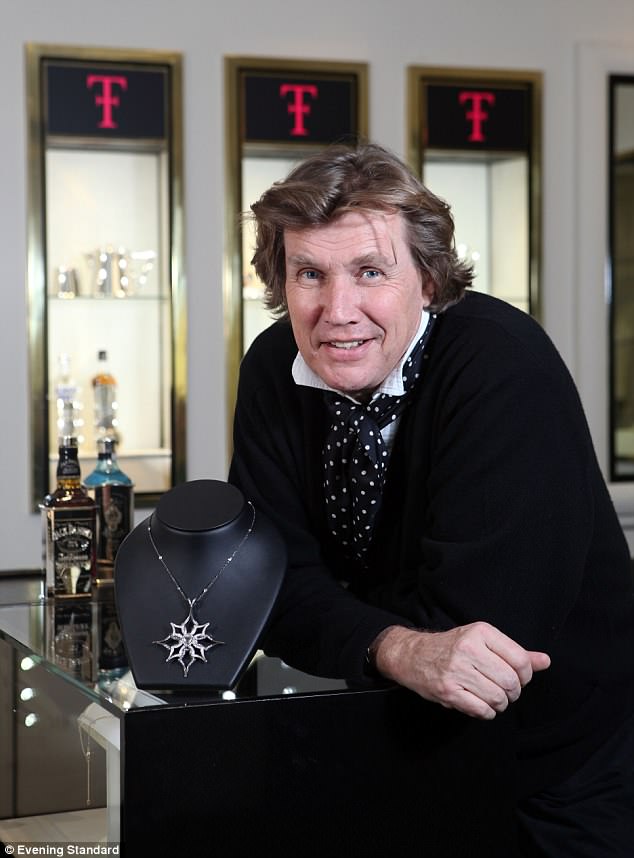 Jewellery designer The Fennell is no stranger to quirky creations, having made a £10K nappy rash cream charm bracelet to celebrate the birth of Prince George

The piece was made by student Lukas Grewenig as part of the company’s Gilded Youth programme, and will be on display in store this week.

However, it left many joking that the piece finally provides the ultimate guide for men who struggle to locate the clitoris.

‘This is actually good for men,’ one wrote. ‘It will teach them where are magic buttons are.’

Social media went into meltdown after the pendant was unveiled, with commenters joking about how it represents the ultimate ‘vajazzle’

Another joked that the designer had decided to ‘create a road map for the rest of the men on the planet.’

Renowned jewellery designer Theo Fennell, who counts the Beckhams, Elton John and Madonna as his clients, is known for his quirky creations.

He previously made a jewel-encrusted, 18ct white gold charm bracelet with a nappy rash cream holder as a gift for the Duchess of Cambridge before the birth of Prince George, which was auctioned for charity.

Other outlandish creations include a silver truffle grater in the shape of a pig in a trough, costing £7,250. 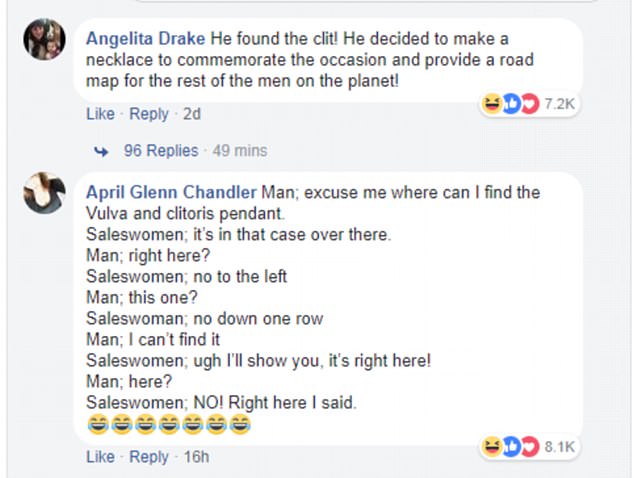 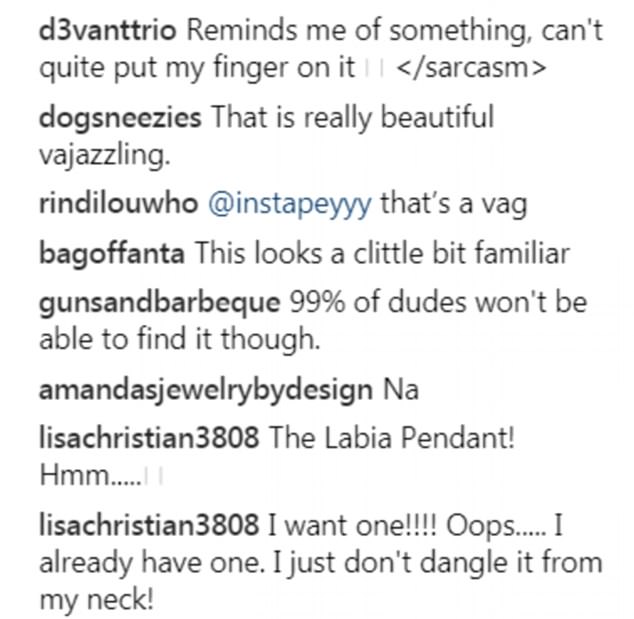