Spoilers ahead for Black Mirror: Bandersnatch. Are you lost in Bandersnatch yet? Black Mirror has released a "choose your own adventure" moviewith multiple endings, and multiple variations to those endings. Luckily, it’s about as fun as it is confusing, so dig in. If you’re afraid you’ve missed something major, here are all the Black Mirror "Bandersnatch" endings, though the possibilities for your viewing experience are pretty close to endless. It might actually be impossible to watch them all.

Yea, really. According to Netflix, there are 5 main endings with variations on each one. Though they don’t specifically say how many of each one you can look for. In fact, Netflix goes as far as to say that technically, there are a trillion variations of the story (though there aren’t a trillion possible endings). It’s a lot to take in. However, when you reach an ending, you have the option to "exit to credits" before it takes you back to another fork in the proverbial road. Sometimes the credits play for you, and at least one ending will kick you out of the episode and make you fully start over. 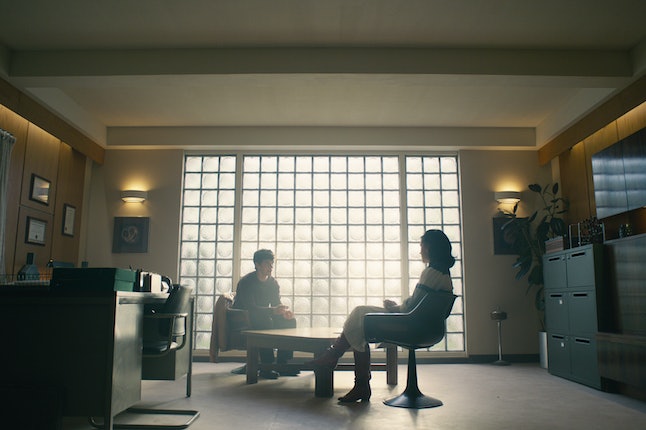 The first choice, is cereal. Being #TeamFrosties or #TeamSugarPuffs doesn’t make a huge difference in the end, but it sets you off the path. Here are the various endings. Remember, spoilers ahead!

Because I’m a good person who told this poor boy the truth about Netflix, the first ending I encountered involved an action-packed, entertaining fight scene between Stefan, his father, and his therapist. He was dragged out, yelling, but probably better off.

In the variation on this ending that doesn’t loop you back, a director comes out and the fourth wall on the show, not just the game, shatters as well.

When you allow Stefan to think a glyph is controlling him, things take a darker turn. He kills his father — you’ll get turned around if you don’t "make" him do it, so it isn’t really your choice… is it? You can choose to bury the body or chop up the body. Unfortunately, Stefan is bad at burying his dad’s body, so he gets caught and sent to jail, where he’s haunted by the glyph and watching a review of his released game.

There’s another variation of this, when he’s already killed his father and his boss asks if he can meet the deadline. Have Stefan tell him "no," and the boss will show up… end up murdered… and instead of watching his game review in prison, Stefan watches an interview with Colin… who tells him to make different choices. 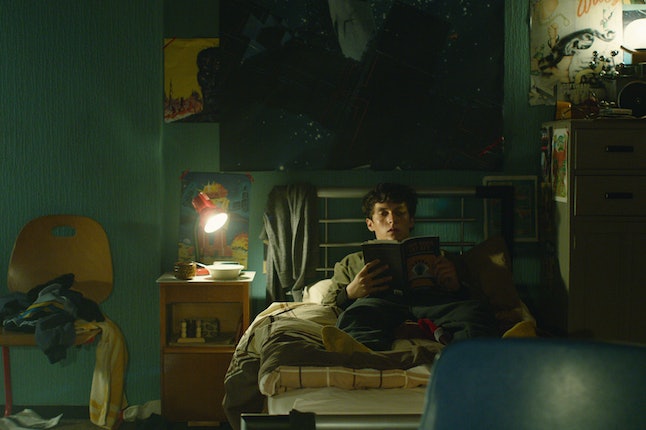 Is this the true ending? Going back to the "chop or bury" choice and choosing "chop" allows Stefan to get away with murder, reprogram the game to allow only the illusion of choice to players and sell his Bandersnatch game. He keeps his father’s decapitated head in his office, and his violent acts aren’t discovered until later. In the future, after the credits have played, the cycle continues with a modern day programmer (Colin’s daughter, actually) trying to update his game — and finding that she is also controlled by an outside force (you) making her destroy her computer.

Then again, even this loops you back to the following two choices:

In this ending, Stefan dies in his therapist’s chair. Is it because he went back in time, got his toy rabbit from the safe using the password "TOY," and died with his mum on the train? Maybe! Very Donnie Darko…

3b. Dad’s A Government Agent, Oops

If you choose "PAC" as the password, and then as the person who’s controlling him, the storyline goes all Stranger Things. Turns out the death of Stefan’s mum was staged, his dad has been drugging him, and he kills him without waiting for our permission.

If, when he calls his therapist, you don’t type "20541" quickly, you’ll get rerouted back to the ending where Stefan is caught poorly burying his father’s body and ends up alone in jail doodling the flowchart glyph. If you do type that number, he’ll call his therapist and confess to the receptionist — who calls the cops and he goes to jail.

There’s a post-credits in this sequence that involves a cassette tape and dial-up sounds… two bits of retro tech you don’t often see paired. 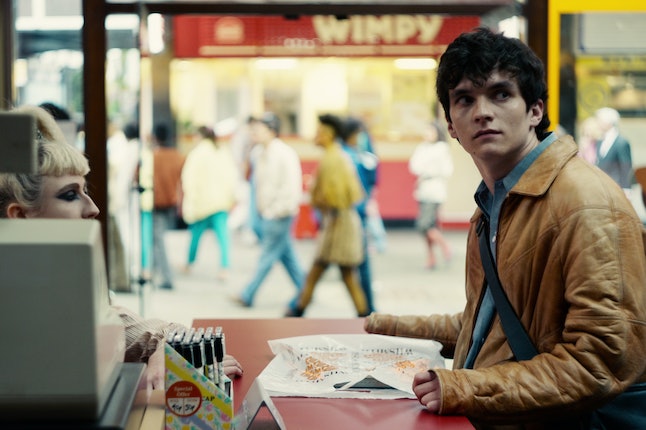 Presuming you follow the White Rabbit (Colin) and go on the LSD trip (Colin will spike your tea if you refuse) — there is an opportunity to kill Stefan and end the story right there. It’s obvious, but it is an ending. Oh, and the posthumously finished game gets a terrible review.

Presuming you never follow Colin and advise Stefan to take his new prescription, Bandersnatch comes out in time for the holiday season, and gets a mediocre review. Stefan wants to start over, but should he?

At the end of this, what is an ending? Are you an ending? Am I an ending? There’s no way for this to end 100 percent well, so you might as well enjoy the journey of it all. Despite the many choices, there’s not much we can actually do.