Exactly one month away from the premiere of one of the most highly-anticipated superhero movies ever, Marvel has released new Avengers: Endgame character posters. But it wasn’t all fun and games for fans, because they weren’t just regular movie posters, each character poster is color-coded to set apart those that are alive after Infinity War, and those that were turned to dust in Thanos’ snap. While most of the characters’ fates were already known to fans, Shuri’s was just revealed, and it’s hitting fans very hard.

On Tuesday, March 26, Marvel Studios and a lot of its stars shared the posters on Twitter and Instagram. Marvel Studios’ official Twitter account sent out eight tweets, each with four posters. The first four tweets featured posters in color of characters fans know survived the snap, including Captain Marvel, Captain America, Thor, and Iron Man, suggesting that all the characters who appear in posters with color, even the ones fans did not see alive at the end of Infinity War, survived Thanos’ extermination. This section of posters came with its own set of surprises, for example, the release of character posters in color for Valkyrie, Happy, Pepper Potts, and Wong confirmed that they survived the snap. 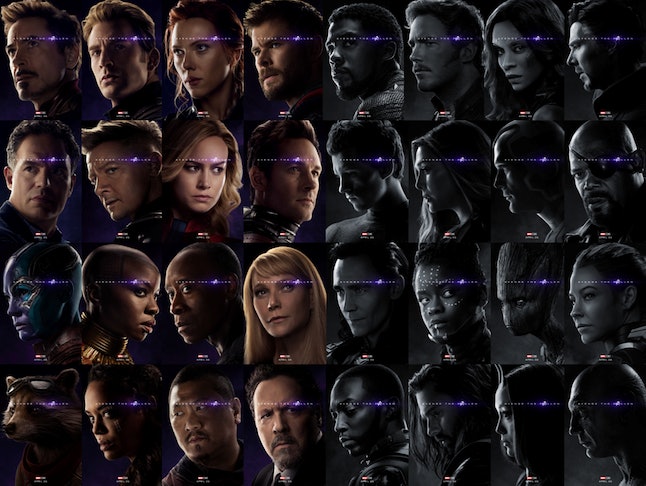 However, the big shock came with the release of the black and white posters. Among them were T’Challa, Peter Quill, Loki, Peter Parker, and others fans either watched die at the hands of Thanos or turn to dust after the snap. But there was one surprise: Shuri, T’Challa’s sister, received a black and white poster, meaning that she didn’t survive the snap. 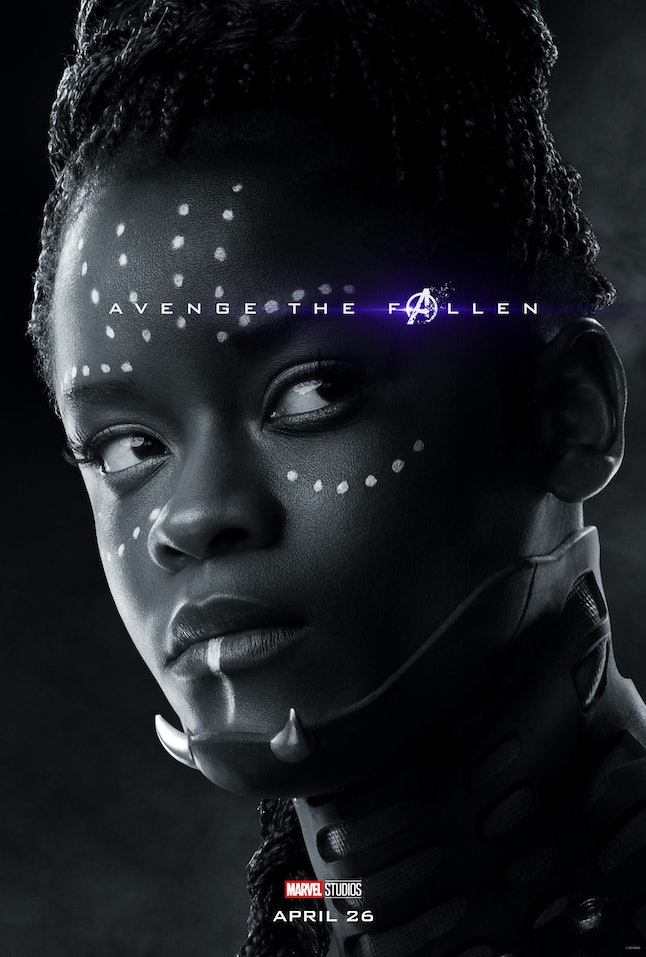 The reason Shuri’s dusty fate came as such a major shock for fans is in part because her death had never been confirmed. She wasn’t seen turning into dust in Infinity War. Yes, she was labeled as "Missing" in the first Endgame trailer, but so was Scott Lang, even though he survived the snap at the end of Ant-Man and the Wasp. Bruce Banner is looking at screens showing missing Avengers. Fans already knew Ant-Man survived so it stood to reason that this "Missing" label didn’t really mean anything.

Even Angela Bassett, Queen Ramonda herself, seemed to confirm Shuri survived. In an interview with Screen Rant published in July, she said that she believed her character survived Thanos’ devious plan, and so did her daughter. “No. Neither did my daughter. Shuri, she’s a bright girl there in Wakanda. So…" she said. Now, it’s possible that she was kept in the dark and speculating here, but it still doesn’t make the blow of Shuri being dead any easier.

Fans who have held out hope for Shuri to pull through since Infinity War, immediately took to Twitter to voice their despair at the news.

Of course, just as fans were devastated by Shuri’s fate, they were emboldened by Valkyrie’s return.

With Valkyrie’s survival confirmed, it seems there’s hope for a Valkyrie/Carol Danvers team-up, so it’s not all bad news.

With Shuri gone for good, and Valkyrie confirmed living, it’s a bittersweet day for Marvel fans, a feeling that will likely linger throughout this last month of waiting for Endgame. And even once the film premieres, there’s this dark cloud hanging over fans that not all the original heroes will survive, but at least there will be three hours of footage, right? Gotta always look for the silver-lining, and with the MCU, that can sometimes be pretty difficult.