Fantastic Beasts 2: The Crimes of Grindelwald arrives in less than two months. This is the time when the promotional machine gears up to get everyone hyped for a return to the wizarding world on the big screen, with appearances on morning shows, new posters and photo stills from the film, and hopefully a new trailer coming soon. Along with all this comes the official new Fantastic Beasts character photos, introducing the new stars of the movie alongside those fans known and love from the first one.

This is the first major release from the Potterverse since it rebranded into the more encompassing "Wizarding World." But none of the posters have the Wizarding World logo on them. Instead, everything is branded with a far more ominous image: The Deathly Hallows.

Each character also gets their own image logo in the 1920 art deco picture framing, representing something about them. Dumbledore, for instance, has Fawkes the Phoenix. Newt has his trusty bowtruckle, Pickett. And all of the characters have a different tagline, giving hints to who their characters are, or what plot points are essential for fans to know ahead of the sequel’s release.

All nine posters are up at Hypeable, with five for our returning characters, and four for the new additions.

Here’s Newt. His tagline is probably the most straightforward: Wanted for Questioning. The Aurors who showed up at Hogwarts in the trailer could have told anyone this. 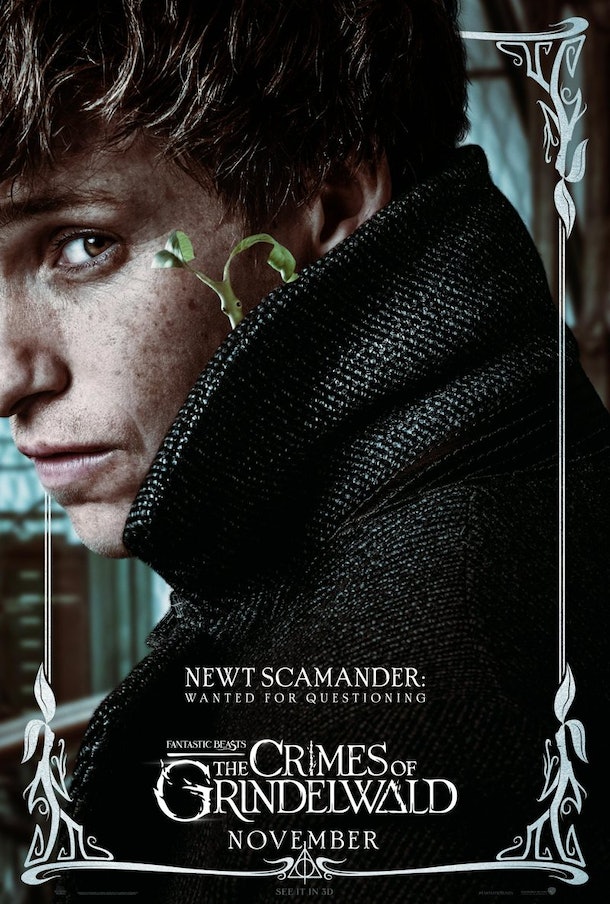 Tina Goldstein has the tagline "On Foreign Assignment." With Grindelwald having escaped America, the MACUSA wants him back. 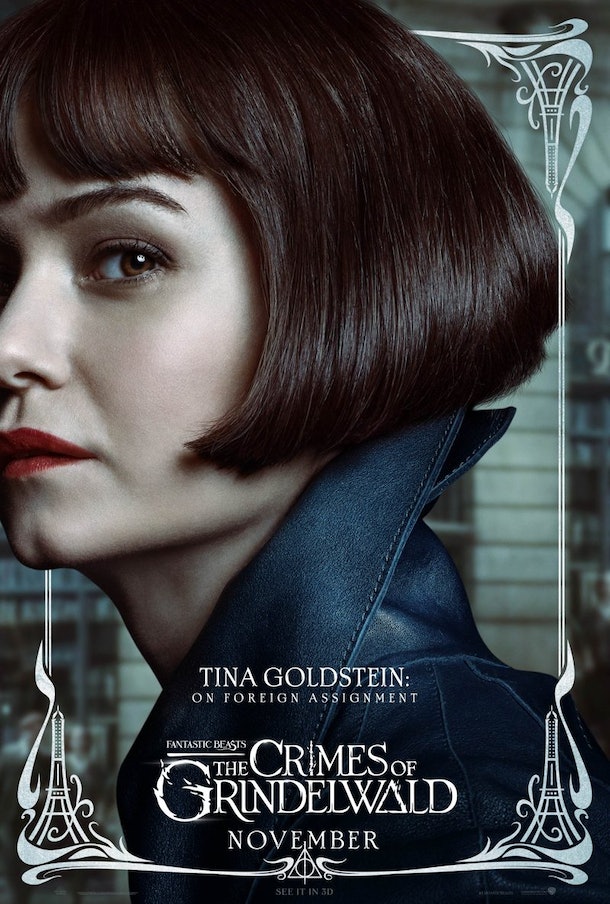 Tina’s sister, Queenie Goldstein, has an interesting tagline. "Whereabouts Unknown." Was she supposed to go to Paris with Tina? Or has she disappeared to be with Jacob? Note her symbol is an engagement ring. 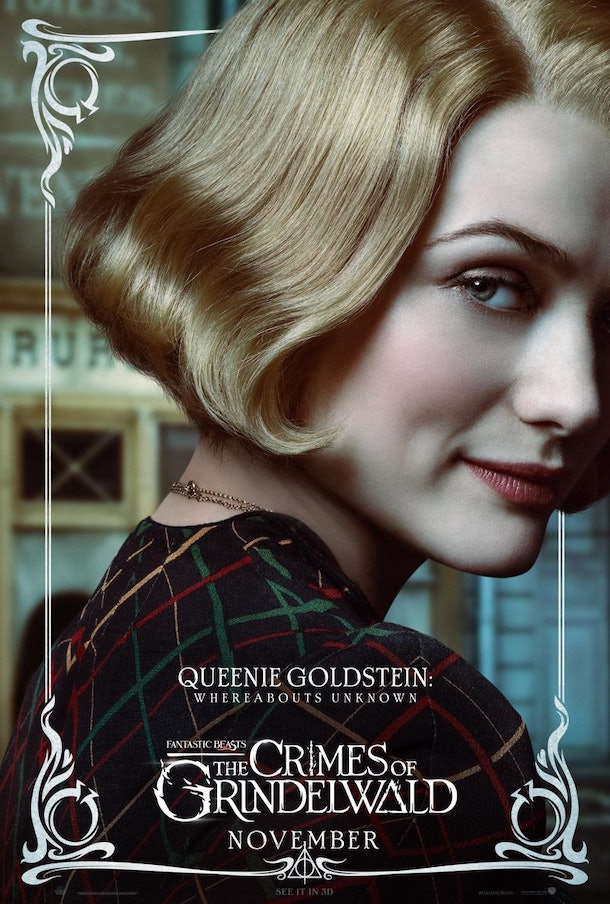 Speaking of Jacob, he’s a "No-Maj of Interest." Not to be confused with "The Most Interesting No-Maj In The World." (Also, I love the croissants. Has he taken the French baking?) 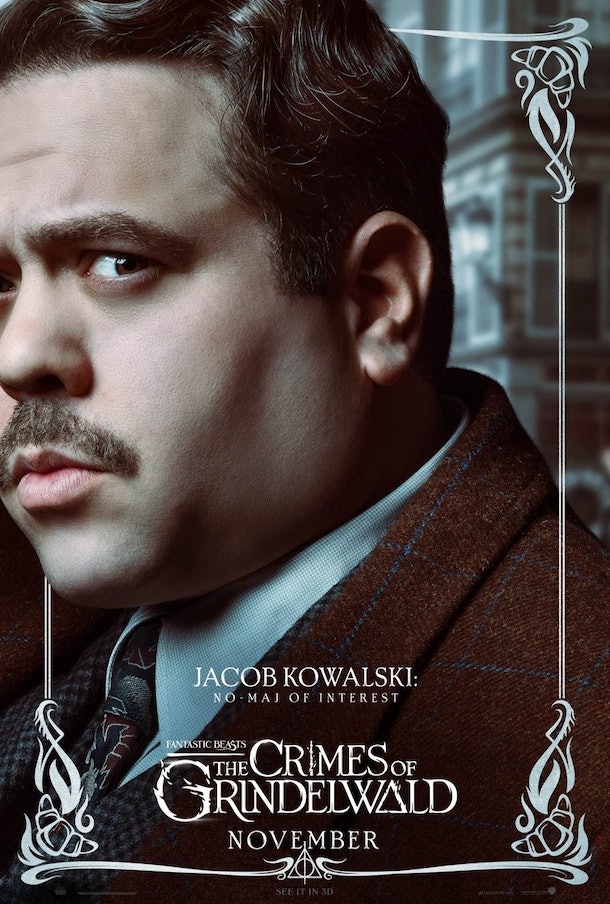 Our fifth returning character is Credence Barebone. His tagline is really depressing. "Searching For Identity." 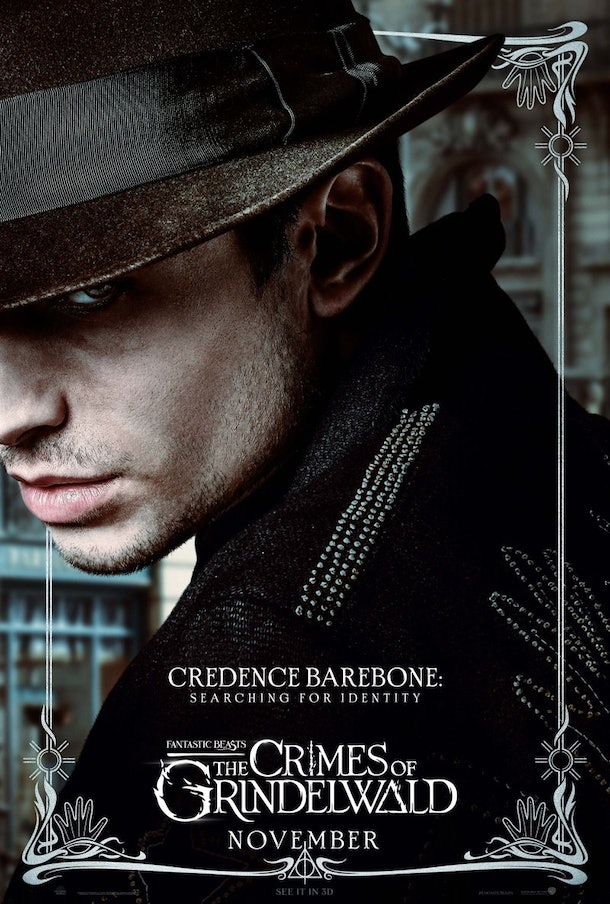 As for the new characters, Newt’s brother Theseus. His poster is all about the Ministry. Not only is it his symbol, but his tagline is "Under Ministry Orders." 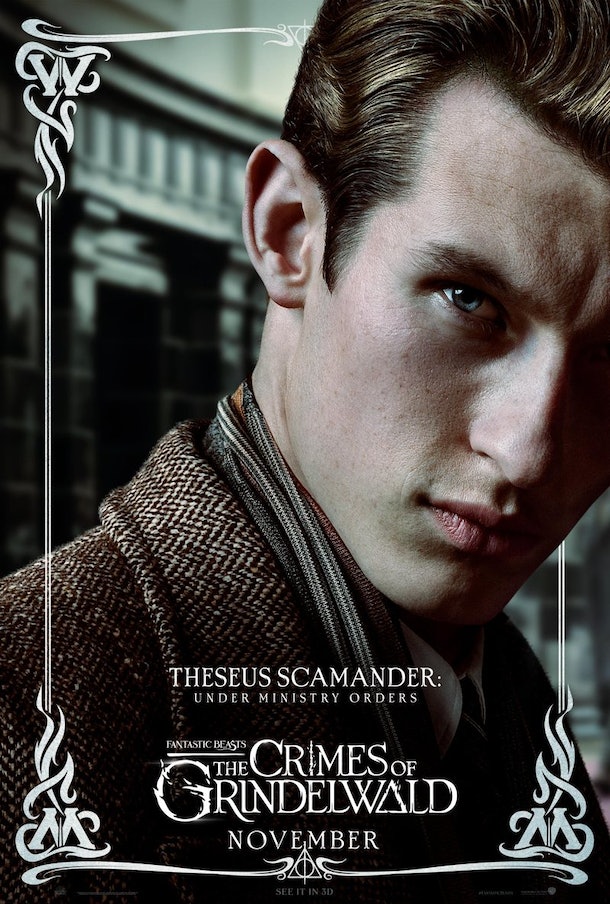 Fans assumed Leta Lestrange would turn out to be a villain after the first film. But her poster suggests it may be her status is not her fault. She is "Implicated by Prophecy." (Also, I love the Ravenclaw symbol.) 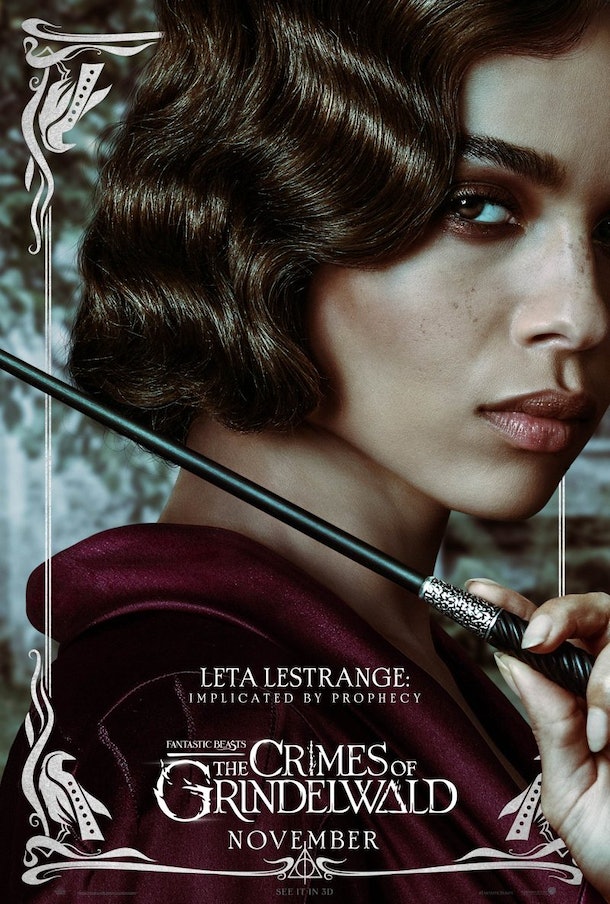 But the real new characters everyone wants to know about are Dumbledore and Grindelwald.

Well, at least they want to know about Dumbledore. His poster confirms what he told Newt in the trailer. He is "Under Surveillance." 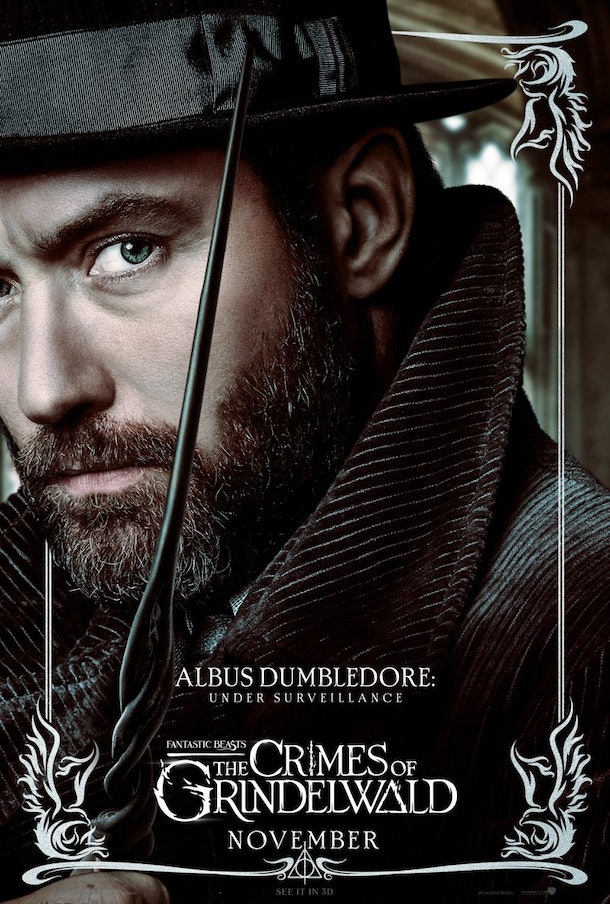 And finally, there’s Grindelwald, who is a "Dark Wizard At Large." I assume they took it off of his business cards. 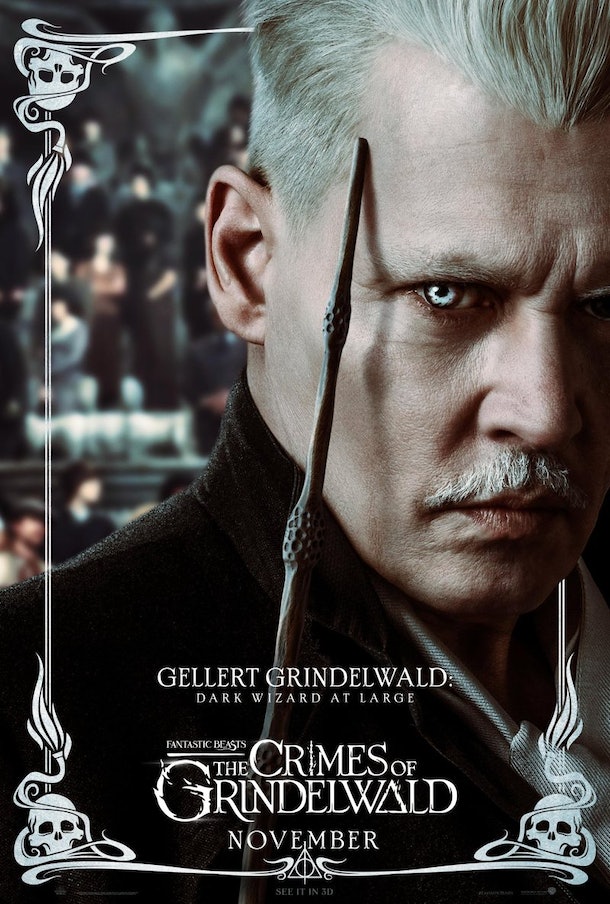 This is only the beginning of the promotional push. Warner Brothers has hinted fans will be getting the final trailer for the upcoming film tomorrow.

Fantastic Beasts 2: The Crimes of Grindelwald arrives in theaters this fall, on Nov. 16, 2018.