Ugly vegan! Instagram account reveals the most unappetising meat-free dishes to prove plant-based food is not all about healthy salad

A plant-based diet is hailed as a healthier alternative to eating meat, but it turns out that rather than being colourful and fresh, some vegan food can be rather beige.

The Ugly Vegan Instagram account, which boasts more than 50,000 followers, encourages people around the world to share their most unappealing plant-based dishes, to prove that there’s more to veganism than salad.

Instagram user Lucie, from London, is the brains behind the account, and started the page originally to ‘poke fun’ at the ‘incredibly narrow representation’ of a plant-based diet.

The account also shows that vegans don’t have to be subject to Buddha bowls and salad while eating at restaurants with users posting pictures of carb-heavy dishes at restaurants such as as Simplicity Burger and Arancini Brothers, both in East London. 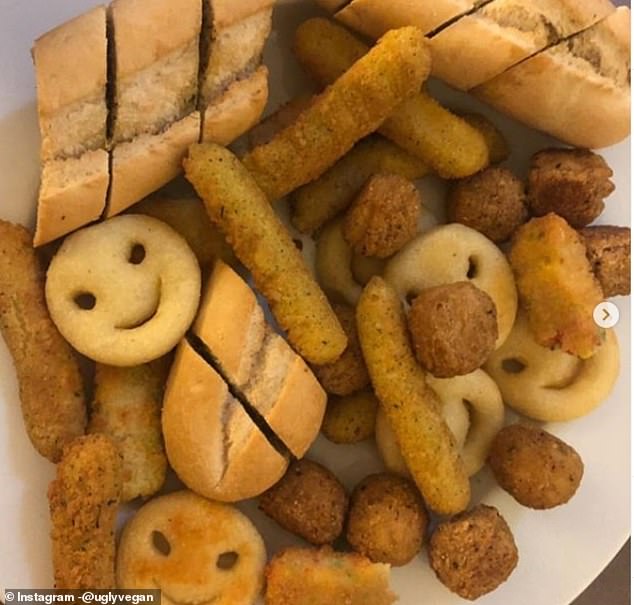 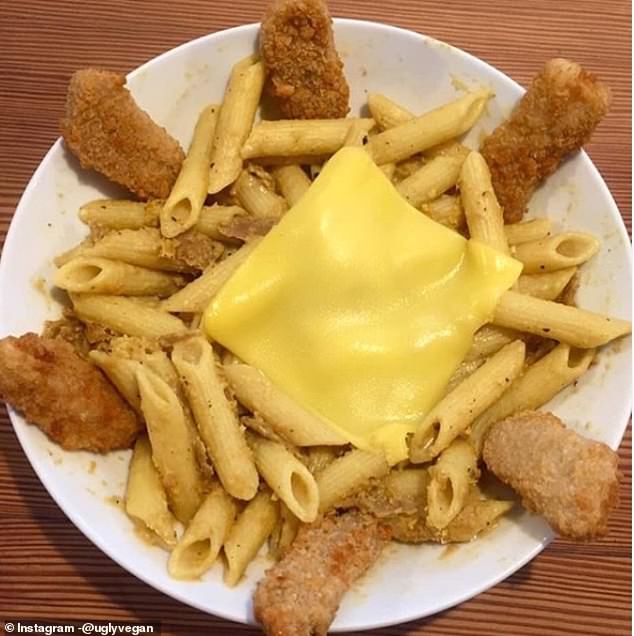 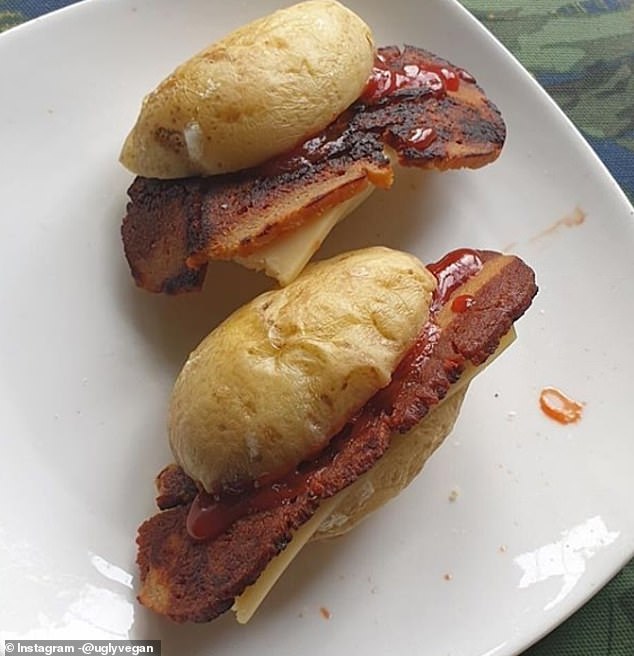 Sharing a picture eating a vegan burger to celebrate 50,000 followers, Lucie recently wrote: ‘Veganism used to be seen as a ‘diet’ for yoga moms, hippies and weirdos: it was unhealthy, it was labelled extreme, expensive and tasteless but oh HOW FAR WE HAVE COME.

‘I never expected veganism to explode like this and i certainly didn’t expect Ugly Vegan to either. Veganism has enabled us to make such positive impacts on our planet & minds.’

She went on to say that veganism gave her a ‘positive relationship’ with food and insisted that her lifestyle choice is ‘not a diet’.

‘I’ve tried my best to use Ugly Vegan for the power of good and appreciate you guys letting me spread my words. 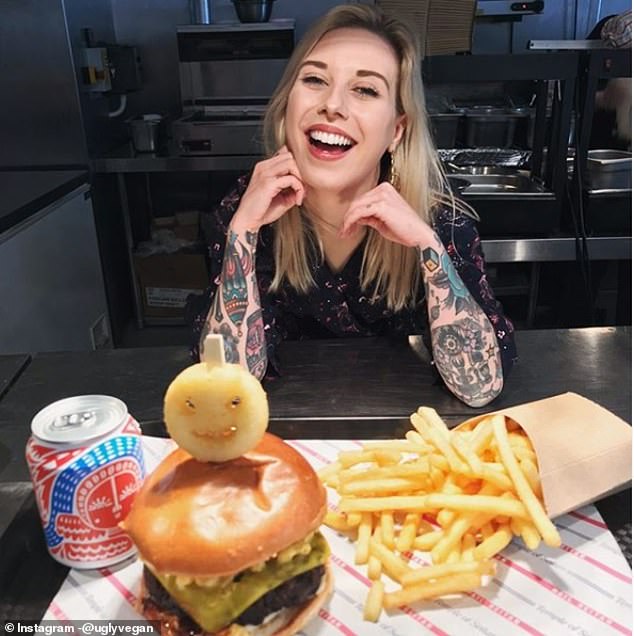 Creator Lucie, from London. celebrates her account getting 50k followers at Simplicity Burger in East london 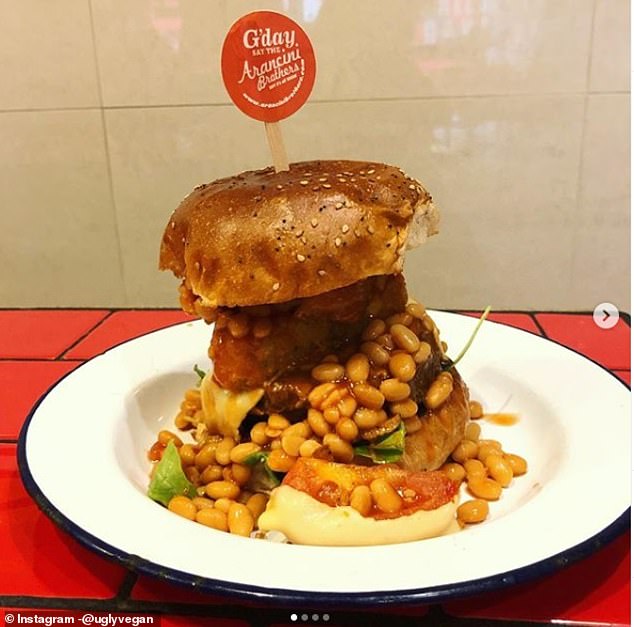 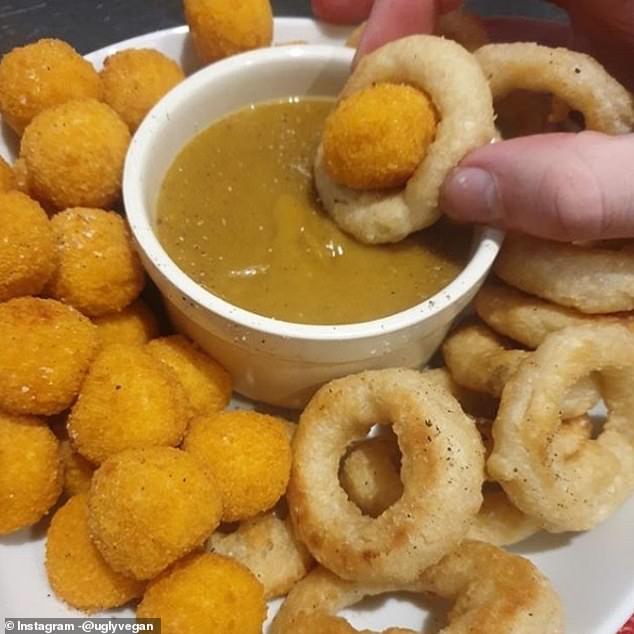 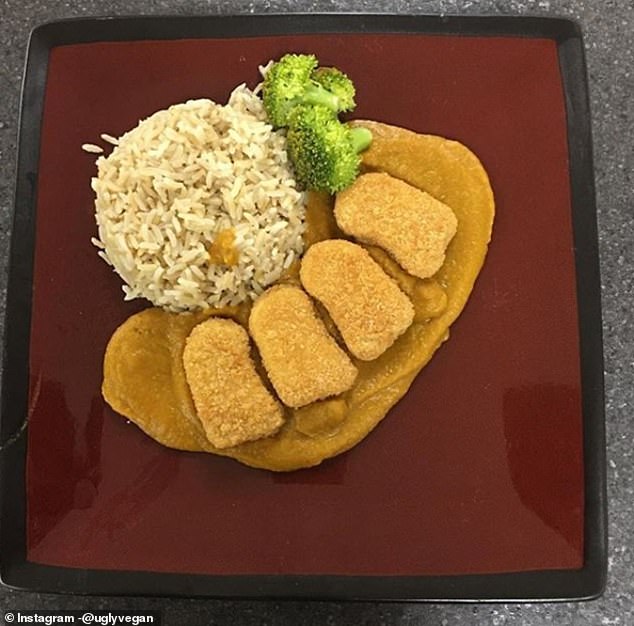 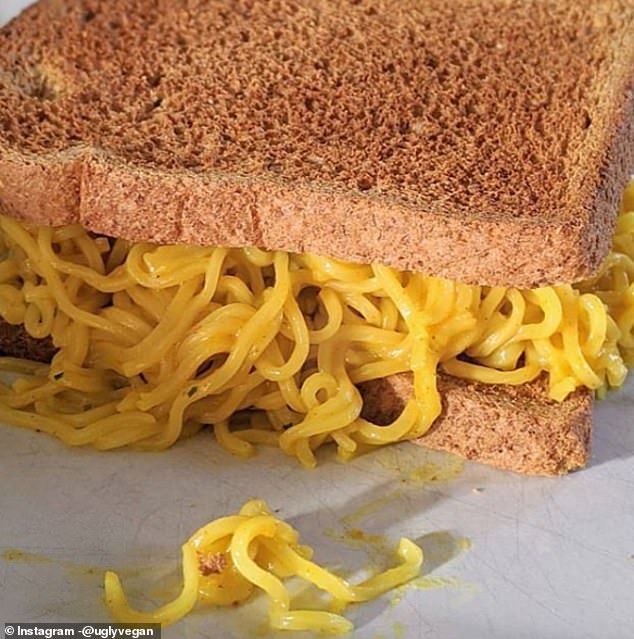 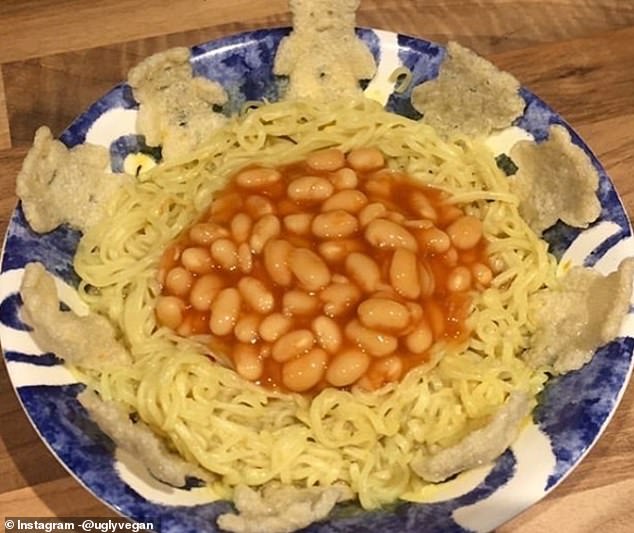 ‘I’ve told you a hundred times that I believe that at the very heart of veganism is KINDNESS – and that comes in so many beautiful shapes and sizes. We’re out here putting kindness on our plates, and hell, we are NOT on a diet.

‘I’m so thankful to veganism for giving me a positive relationship with food, i’m thankful for all the lessons I’m learning about kindness, I’m thankful for this magical planet we live on.

‘I’m thankful for the incredible people I’ve met through the vegan community & f*** I am thankful for every piece of food that hasn’t had to suffer for my taste buds.’

Lucie even has her own shop selling merchandise, including a tote bag emblazoned with things vegans frequently hear, such as ‘Are you vegan because it’s trendy?’ and ‘It’s the circle of life’. 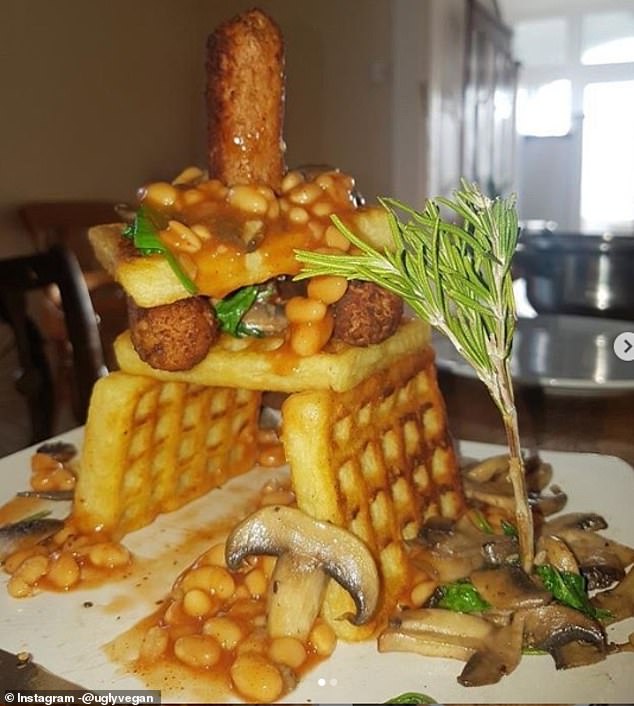 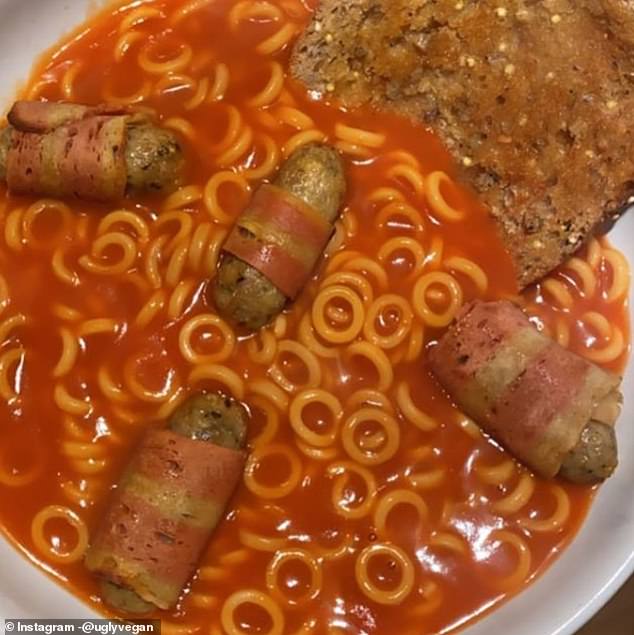 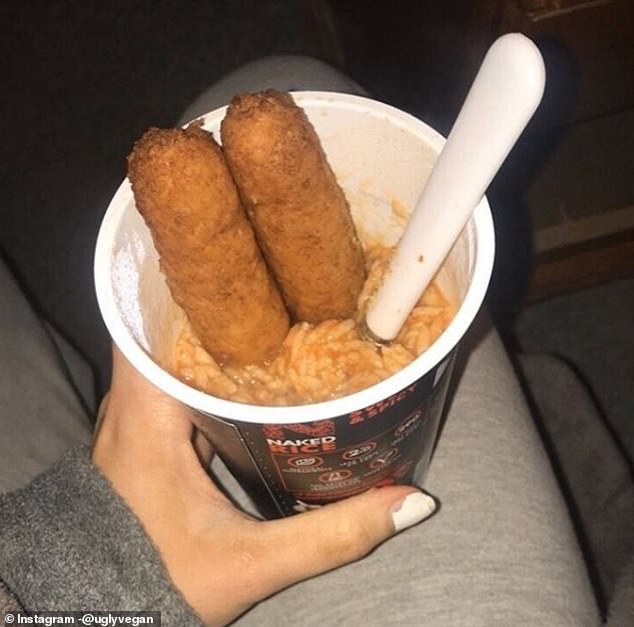