Political parties are governed by ideology. That ideology works when it offers the best explanation of reality to the party’s activists, members and voters. But when reality shifts – when the experience of people is no longer legitimated or explained by the politics they are offered – then that party and that ideology are in mortal danger.

At the close of this autumn’s party conference season, it is clear we are in the middle of a significant reframing of our political reality. The shift is probably equal to, if not greater than, the 1945 moment that founded welfare states across Europe or the Thatcher revolution in 1979, which began the dismantling of them in the name of free-market economics.

The tectonic shift taking place now is away from liberalism in both its social and economic forms. Why now? Because contemporary liberalism has brought relentless and unprecedented insecurity to more and more people in the postwar developed western world. Economic stability has been denied to increasing numbers of people, deepening class inequality while also penalising and polarising according to age, education and geography. Socially, modern liberalism has undermined working-class communities and their structures of solidarity through a combination of mass migration and minority/identity politics. The result has been an increasingly successful revolt against the consequences and practices of both forms of contemporary liberalism.

It makes sense to call this period the age of insecurity. In Britain, whoever responds best to it will control the immediate political future. Labour has recognised the economic crisis, producing progressively bold and ambitious policy ideas to be delivered at a scale that might, in the eyes of the electorate, credibly bridge economic divides. For the Conservatives, arguably, they are delivering on that other great post-liberal demand for cultural security. They are, via Brexit, offering to curtail mass migration. 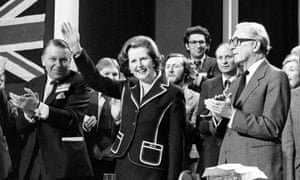 Both parties are in this way being traditional: the left has always been critical of economic “neoliberalism”; the right has reverted to a socially conservative defence of established communities. But neither party has a full response. Labour has nothing to say on cultural security, preferring instead to focus on extreme identity politics. Likewise, Conservatism has not yet developed an account of how to secure economic justice through the market – preferring instead to speak to the country as if everyone was an entrepreneur and business owner and nobody was a waged worker.

So there remains a world to win. On the economic offer, Labour is clearly ahead – the Conservatives currently seem incapable of generating ideas of a similar scale to those that the socialists have put forward. The Tories need something akin to their earlier living wage offer but it needs to be on the theme of wealth extension, not income with capital benefits somehow linked to salaried work. Conservatives desperately need to generate mass ownership of financial assets other than property if capitalism is to become an agent of widening security.

On cultural insecurity, the Conservatives are clearly ahead. Brexit nationalism has at last given a voice to the voiceless and there are signs that the government is getting some ideas right – deciding for instance to privilege higher-skill migrants and limit lower skill migration. But it could do much more, and family policy seems ripe for change. In Britain we tax single-earning households with two parents and two children at the highest rate in the OECD. All families go through acute pressure points; having and caring for young children is surely one of them. Why, then, would we subject such families to the most penal tax rate in the west when they are at their most financially vulnerable? It is time to explore ideas like transferable tax allowances to mitigate and help familiy flexibility. After all, Labour’s offer on nursery care is a powerful one.

Twice the Conservatives have genuinely attempted to get it right. Cameron’s Big Society offer was visionary, but it was swiftly substituted by austerity. Similarly, May’s popularity was at its height when she offered a “red Tory” vision of economic and social transformation equal to the problems we face. The unexplained and continuing tragedy of a complete lack of policy to match this vision continues to perplex and frustrate.

Nevertheless, the right ideas from ministers and MPs are taking shape. Phillip Hammond has at last decided to address our failed competition law that gives market dominance to the likes of Amazon by setting up a panel to address the new technopolies. Jake Berry has a whole set of deeply radical and expansionary ideas for the north that recognise it as, in many ways ,a different country that needs different policies to London and the south-east. George Freeman knows the old liberal consensus is dead and is trying to formulate policies that integrate the excluded, and Jesse Norman has written passionately about the need to remoralise the market. Matt Hancock is right about innovating and reforming the NHS to focus on early intervention and chronic disease.

Labour has its offer for the age of insecurity, but it is incomplete and partial. The Conservatives, so far, do not. But they have a chance for a third time to finally deliver something at scale that could win over the nation by speaking to the demands of the new majority: economic intervention and social conservation.

• Phillip Blond is the director of the ResPublica thinktank, and the author of Red Tory: How the Left and Right Have Broken the System and How We Can Fix It