This is what it's really like being part of Extinction Rebellion

Extinction Rebellion make the headlines a lot with their PR stunts and protests but what happens in the radical climate reform group behind the scenes? One writer joins her local group to find out.

The first time I went to an Extinction Rebellion march, I left before anyone even noticed I was there. I took one look at the groups chatting easily in small, intimate circles, and couldn’t summon the courage to insert myself. I walked home disappointed – mostly with myself.

That was September 2019, a week after I’d attended and reported on the environmental group’s protest against London Fashion Week, interviewing rebels and quizzing the public. There, I’d been able to hide behind my profession, the pen and notepad in my hand answering the question: ‘What are you doing here?’ before it could be asked. But being an outsider wasn’t enough – I wanted in.

I’d been impressed with Extinction Rebellion since 2018, when it blockaded bridges in London. This act of mass civil disobedience called upon the British government to “tell the truth, act now, and create and be led by the decisions of a Citizens’ Assembly on climate and ecological justice”. These three tenets are designed to replicate the success of previous citizens’ assemblies (like the one that resulted in the legalisation of abortion in Ireland), and build upon the fact that historically, mobilising 3.5% of the population has never failed to bring about change.

But, while I admired the rebels’ bravery, creativity, eloquence and mobilisation, I was also painfully aware of Extinction Rebellion’s diversity problem, exacerbated by well-circulated images of older, white men with dreadlocks chanting and chaining themselves to trees. I had a full-time job, which meant I couldn’t take the day off to attend climate strikes, and I couldn’t ignore the gender gap in the disproportionate effects of climate change. Full disclosure: I was also intimidated. The organisation felt impenetrable and self righteous – I’m not vegan, I took five flights last year, I wear leather boots. So was there a place for me in this movement? And if I – a white, cisgender, middle-class woman – felt alienated how would BIPOC, deaf, disabled, LGBTQ+ people feel? 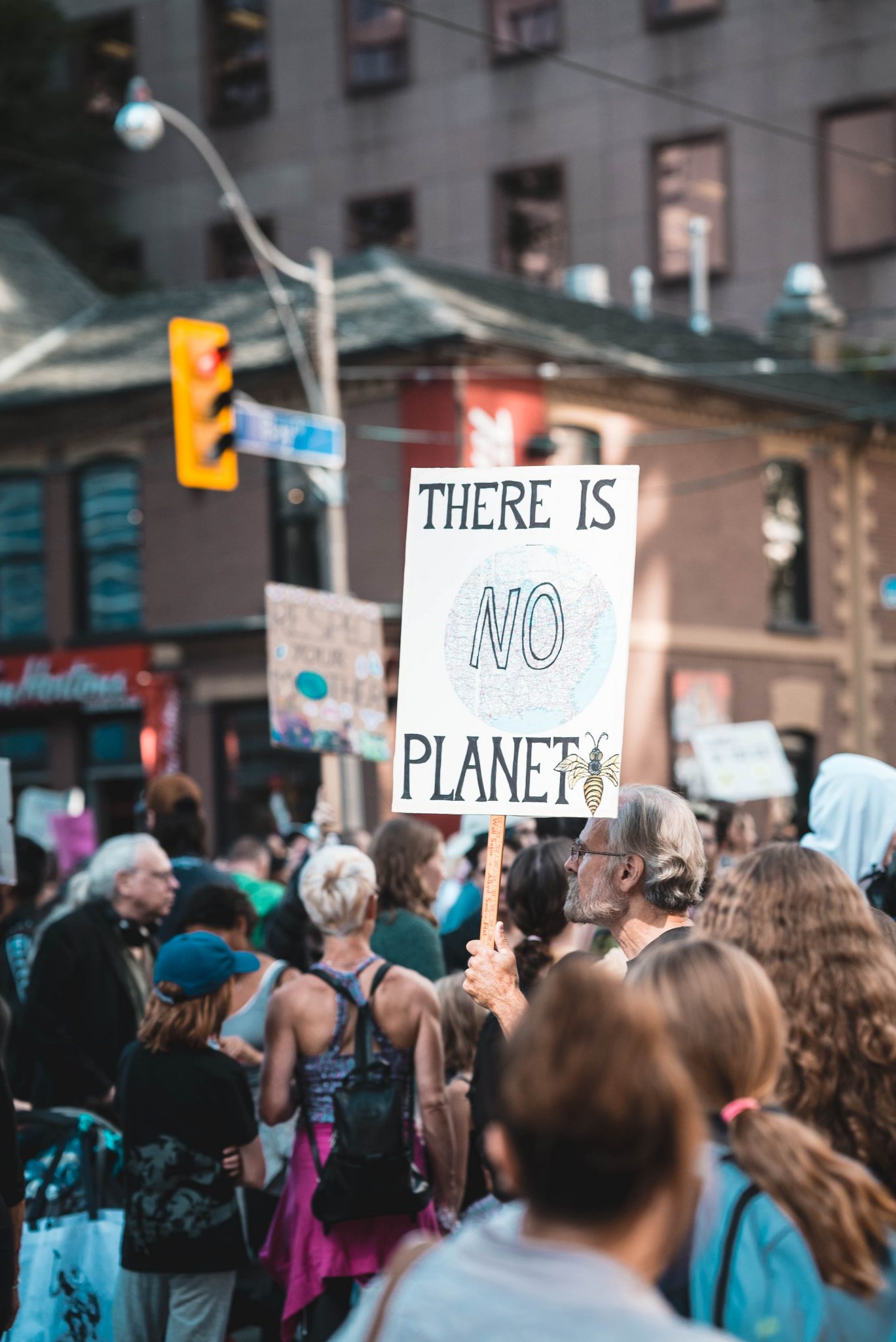 When Covid-19 hit, everything changed – both on a global and personal scale. I was one of the 240,000 people made redundant as a result of a pandemic caused directly by humans’ exploitation of nature. Suddenly, I had more time and more climate anxiety than ever.

So, I joined Extinction Rebellion. The easiest way to do so is by connecting with your local group through Facebook and WhatsApp. I attended a new members’ induction on Zoom, run by a young woman who explained that “we don’t care if you eat meat or if you show up to meetings with a single-use coffee cup” and underlined XR’s “no shaming” rhetoric that places emphasis on systemic change rather than individual responsibility. I confessed my preconceptions about XR, and watched as nine pairs of ‘silent jazz hands’ filled my screen. It’s British Sign Language for applause, adopted in meetings to ensure that noisy interruptions are kept to a minimum but allows the speaker to gauge a sense of agreement from fellow rebels. In other words, I wasn’t alone.

I discovered that being a member of XR means a thousand different things. At the most extreme end of the spectrum is arrest, turning the judicial system into a platform to draw attention and force change. What the media often fails to mention is that nobody is under any obligation to be arrested, and it’s something that XR trains you extensively for, should you volunteer. As a tactic, it’s hugely effective, but it also alienates BIPOC communities that already suffer disproportionate arrest rates and scares off those for whom a criminal record isn’t an option. Nor is it the only way to be a rebel. “Don’t think your bit isn’t important,” one member told me. “No matter how ‘small’ your job – some people get arrested, some make food, some turn up – it’s all equally important”.

Soon after the induction, my local group joined forces with Stop the Maangamizi Campaign and The Afrikan Emancipation Day Reparations March Committee, and my perception shifted further. They’d engaged with issues close to the Black community’s heart, and mobilised to amplify their voices.

I don’t dispute that XR has a diversity problem, but I’ve witnessed firsthand the progress being made. Perhaps it’s not solely an issue of inclusivity, either, but one of responsibility – embedded in the theory of white supremacy is the idea that humans are superior to nature, which is what got us into this mess in the first place.

The topic of inclusivity comes up in every single meeting I’ve been in. One rebel works closely with BLM; another is a representative for Peru’s Indigenous people at the front line of the climate crisis. “Like other XR groups around the country, we have started working with local groups fighting for social and global justice such as Stand Up to Racism, BLM and Stop the Maangamizi,” says Nick Anim, one of the coordinators of XR Lambeth’s Engaging Communities group and a researcher at UCL’s Development Planning Unit.

“These coalitions help build trust and solidarity through mutual respect and recognition of a common purpose, which is to disrupt the status quo and forge a better and more equal world that is fit for people and planet across generations.”

Since he joined in April 2019, he’s noticed how actions have increasingly centred the voices of indigenous and racially marginalised groups, and he’s also led regular workshops titled ‘Green, but mostly white – why?’ examining race in environmental activism.

The intersection of climate and racial justice is treated with urgency and sensitivity, and it’s where XR’s spirit of strength, unity and growth is at its most tangible. And as the organisation grows, so do the individuals within it. As XRNEC’s deaf disabled inclusion coordinator Edward Fraser points out, “Changes that seem small to the majority can make all the difference to the minority. For example, scheduling breaks in Zoom meetings, wearing clear masks and holding events at accessible locations means that deaf and disable voices are heard, too”.

“The fossil fuel industry was born of the industrial revolution, which was born of slavery, which was born of colonialism,” climate justice writer Mary Heglar explains in this essay. So if, ultimately, white people are the cause, part of me wonders – why shouldn’t we be the ones to clean it up?

The topic comes up in every single meeting I’ve been in. One rebel works closely with BLM; another is a representative for Peru’s indigenous people at the front line of the climate crisis. The intersection of climate and racial justice is treated with urgency and sensitivity, and it’s where XR’s spirit of strength, unity and growth is at its most tangible. And as the organisation grows, so do the individuals within it.

In October 2020, just over a year after my first XR experience, I attended a socially-distanced protest against Priti Patel’s cruel detention camps for refugees organised by Extinction Rebellion and Stand Up To Racism.

I turned up alone, and walked headfirst into a crowd of strangers. Within a few minutes, one lady had pinned a screen-printed square onto my coat that read ‘We act in peace’, and another had commandeered me to help carry a banner reading ‘Another world is possible’.

Later, I looked around and felt inspired and empowered by the strength and determination of those around me. My battle with imposter syndrome suddenly felt insignificant in light of the fight for racial, social and climate justice, even if I can’t pretend my nerves were completely absent. But this time, I didn’t turn back.