In competition, he’s a chest-pounding, fist-pumping, primal-screaming teammate. As a father, he playfully dances with his toddler son and gently carries him on his shoulders. As soldier, he put his country before his body. Retired Army Sgt. Christopher McGinnis is a warrior.

“My motivation for competition is really my two sons,” McGinnis says. “They’re my pride and joy.” 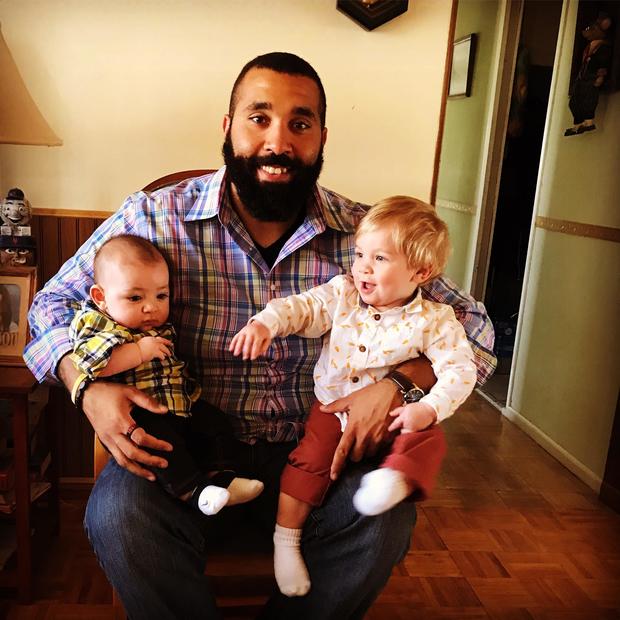 To know McGinnis is to know where he came from. He grew up in a one-stoplight town in upstate New York, with ambitions as big as his imposing physique. He was a star football player in high school and college, but after an injury slowed his playing career, he thought the Army would give him a chance to see the world. It took him to Afghanistan in 2013, where just weeks into his deployment he encountered IDF, or indirect fire. In the chaos of the aftermath, he injured his right knee.

“I guess I didn’t know the severity of it at the time,” he says. “I’d come back from any mission that we had… and my knee would be the size of a basketball.”

Eventually, the knee issues worsened and McGinnis was sent to Walter Reed National Military Medical Center. He would stay there for more than three years, getting five surgeries and having a plate and seven screws in his knee.

The realization that his active lifestyle would have to change affected him dramatically. He suffered “deep, deep depression,” and struggled to find a new path in life.

“Having the doctor come in and and tell you, ‘The likelihood of you ever running again is slim to none’ — that was really a shot to my ego, and a shot to the gut, too,” explains McGinnis.

At a glance, McGinnis doesn’t show signs of the struggles he’s been through. He walks with just the slightest limp and his personality is warm and gregarious. But it’s the invisible wounds that compel him to share his story.

“No matter what injuries that we’ve sustained, no matter where we are mentally, we’re not down and out of the fight,” says McGinnis 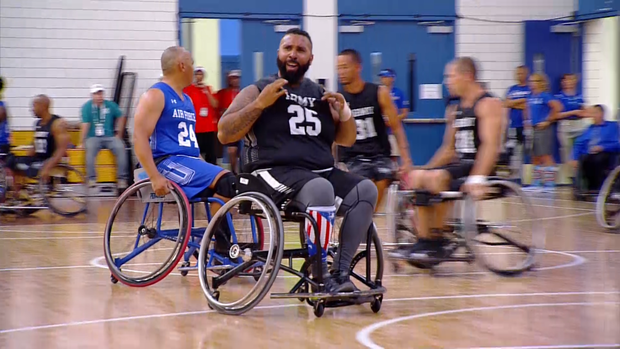 Retired Army Sgt. Christopher McGinnis on the court at the 2018 Department of Defense Warrior Games.

That sentiment was evident as McGinnis competed in the 2018 Department of Defense Warrior Games. From an observer’s perspective, he appeared to be the heart and soul of all his teams. And he ended his interview with CBS News with a message to his fellow competitors from the other service branches.

“When we’re out here competing, we’re after each other. We’ll dog you, we’ll do whatever it takes,” he says with a smile. “Obviously, Team Army is going to be No. 1 no matter what.”

After the Warrior Games, McGinnis is now hoping to join the wheelchair basketball team at Edinboro University of Pennsylvania.