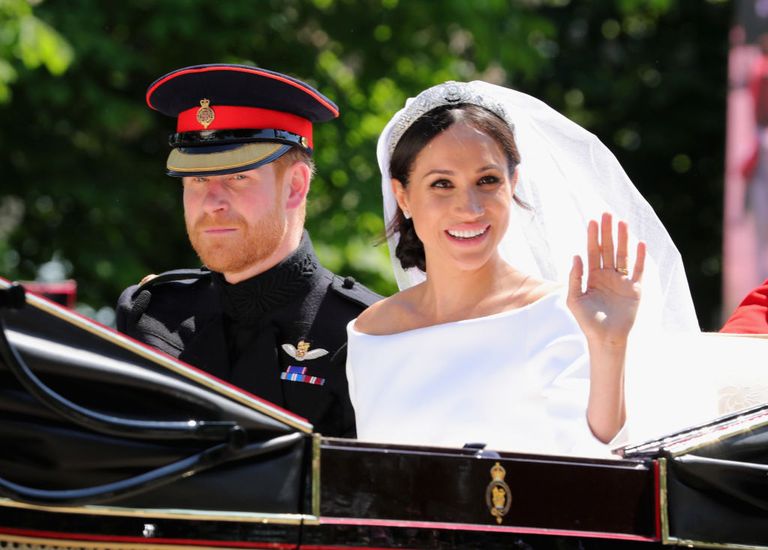 Thomas Markle Sr. couldn’t make it to Windsor to walk his daughter down the aisle, but he reportedly watched the royal wedding on television from California, where he is recovering from heart surgery.

Of Meghan’s nuptials to Prince Harry, he told TMZ on Saturday, “My baby looks beautiful and she looks very happy. I wish I were there and I wish them all my love and all happiness.”

The couple tied the knot on Saturday in front of guests like Oprah, Serena Williams, and George and Amal Clooney. After the gorgeous ceremony, they shared an iconic kiss at St. George’s Chapel and then departed on a 6.5-mile carriage ride.

Kensington Palace had originally confirmed that Markle Sr. would be arriving in the U.K. the week before the wedding, and that he would accompany his daughter down the aisle.

But on Thursday, Meghan confirmed that Markle Sr. would not be there due to health problems. “Sadly, my father will not be attending our wedding,” she wrote in a statement, provided by Kensington Palace. “I have always cared for my father and hope he can be given the space he needs to focus on his health.”

She continued, “I would like to thank everyone who has offered generous messages of support. Please know how much Harry and I look forward to sharing our special day with you on Saturday.”

And on Friday, it was confirmed that Harry’s father, Prince Charles, would walk Meghan down the aisle, instead.

Markle Sr. told TMZ earlier this week he was “honored and grateful” that Prince Charles, would be taking his spot. He added that his daughter called him and that she was “super sweet on the phone, telling him she loved him and worrying about his health.”

Also present at the ceremony was Meghan’s mother, Doria Ragland, who accompanied Meghan in the car on her way to the church.