All the Times Meghan Markle's BFF Priyanka Chopra Had the Future Royal's Back! on People’s Choice Awards

Royal or not, a girl has to have her best friend’s back! In the case of Meghan Markle, she has a slew of friends who’ve been supportive through her transition from American actress to future royal, including Priyanka Chopra.

Although Markle has a lot of great girlfriends—like Jessica Mulroney, Abigail Spencer and Sarah Rafferty—Chopra has been very vocal about having her friend’s back over the years. The two actresses met at the ELLE Women in Television event a few years ago and have been really close ever since. Their friendship has only gotten stronger through Markle’s engagement to Prince Harry and move to England. In fact, Chopra can’t stop saying good things about her BFF and we agree with all of the kind words.

With Markle’s royal wedding getting closer and closer, her squad is getting ready to head across the pond and celebrate the big day. Before celebrities and royal fans alike cheers to the happy couple, we’re giving a well-deserved shout out to Chopra and her never-ending friendship with Markle.

Take a trip down memory lane and see what the Quantico actress really thinks about Markle as a person and a royal. Spoiler alert: she loves her so much! 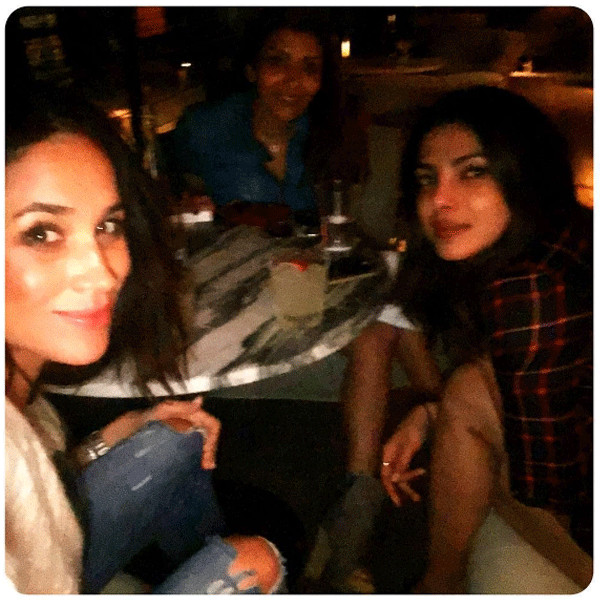 1. When She Revealed She Can’t Wait to Be a Part of Markle’s Big Day:

This week the Baywatch star stopped by The Jenny McCarthy Show and talked about Markle’s wedding saying, “I’m just really happy to be a part of her big day, ya know?” She then gave her girl another shout out because even though she’s marrying a prince, she’s destined for greatness on her own.

“I think she was born to be a global influencer and this has given her the opportunity to do that,” Priyanka explained. “She’s always been someone who’s so just aware and interested in the world. I met her three or four years ago and that’s what we bonded on—was how much we feel like we contribute to that as public people. I really feel like that’s what she was born to do and I hope this gives her the opportunity do that.”

2. The Time She Told Markle’s Haters to Back Off:

In the same interview with Jenny McCarthy, Chopra had a message for haters who’ve been giving her friend flack recently. “Some people always talk crap. Haters gonna hate, potatoes gonna potate, roaches gonna rotate. Who cares? You do what you do!” she said.

“Public people are also human beings,” she added. “You know that better than anyone else that it hurts. Of course it hurts.” 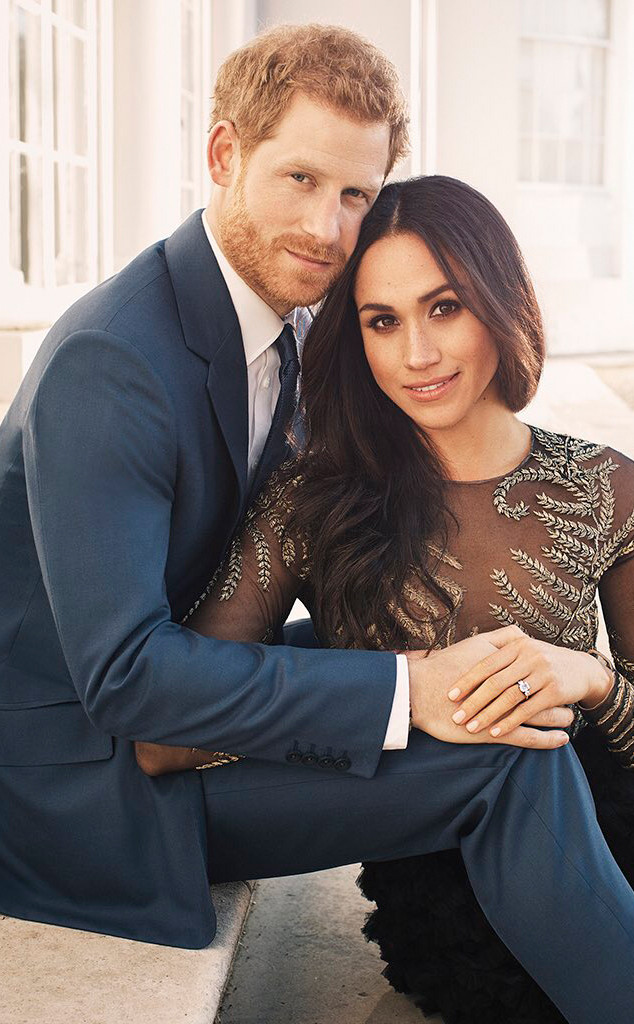 In May 2017, during an appearance on The Wendy Williams Show, Chopra corrected the talk show host after she called Markle “Prince Harry’s girlfriend.” She said, “Also, Meghan Markle: actress, Suits, her achievements.” You tell ’em Priyanka!

4. When She Pointed Out Vanity Fair‘s “Sexist” Article of Markle:

After the Suits actress graced the cover of Vanity Fair for its October 2017 issue, Chopra was a little disappointed that it seemed to only be about her famous boyfriend. Chopra chatted with Entertainment Tonight saying, “I mean, she’s on the cover of Vanity Fair. It would have been nice to write about her not just her boyfriend. I’m just saying. I mean, she’s an actor, she’s an activist, she’s a philanthropist. I mean, she does so much more.”

“It’s just a little sexist. Look, I’m a feminist and I love boys, OK…The only thing I’m saying is that there needs to be a certain sense of equality where a woman is not just a plus-one, you know,” she added. “It’s nice to be your own identity, too.” 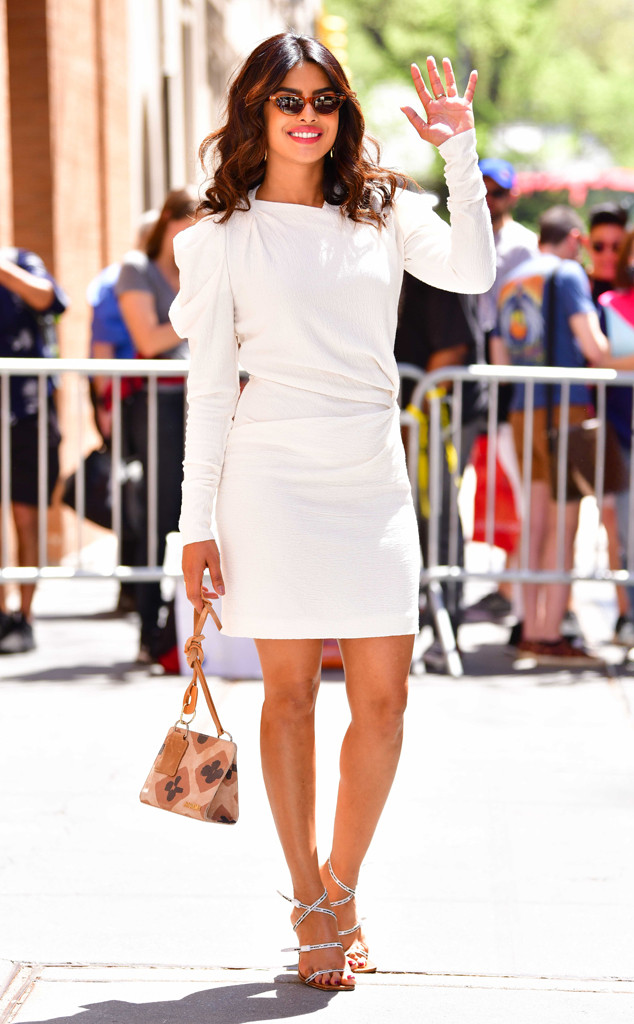 5. The Time She Noted That Markle’s Still Her Same Texting Girl’s Girl:

While talking about the new season of Quantico this week, Chopra opened up on The Rachael Ray Show about Markle. She said they still keep in touch even though her life has dramatically changed.

“I think she has a phone. She’s such a girl’s girl and I’ve known her for three years now,” she said before getting a little more serious. “I’m so happy for everything that’s happened to her, because I really feel like she’s one of those female icons that I feel could be a strong idol for girls around the world, because she really cares about the world—really cares,” she noted before adding, “But she still texts a lot, which is great!”

6. Her letter to Markle for Time:

Markle was one of Time‘s Most Influential People in 2018 and who wrote the letter after her for the magazine? Chopra, obviously! “Somewhere among biryani, poutine and endless conversations, I realized just how deeply Meghan Markle cares for the world. With her, what you see is real, and what you get is a relatable young woman with her heart and mind in the right place,” she began the letter for Time. “Her compassion, evident in the causes she supports, and her drive to break down stereotypes—obvious in her actions—will connect her to a generation in much need of kindness.”

Chopra continued writing, “This ever-smiling, strong free spirit found her prince, fell in love and in turn made a cynical world believe in fairy tales again. But more than anything else, Meghan is an important influencer in a world that needs strong public figures to respect and look up to. People the world can be inspired by. Meghan, standing shoulder to shoulder with Harry, will be a princess for the people.”

“Love always, my friend. Live happily ever after,” she concluded.

7. When She Accurately Described Markle as an “Icon” for Girls:

“I don’t think anybody else would be able to do it the way she will. She’s just right for it,” Chopra told Harper’s Bazaar Arabia about Markle’s new role in their February 2018 issue. “She’s an icon, truly, that girls can look up to, that women can look up to. She’s normal, she’s sweet, she’s nice, she thinks about the world, wants to change it and this was even before any of this happened.”

She added, “So I do think Meghan being a part of the royal family is a big step in the direction of so many things; of women, of feminism, of diversity, of race, of the monarchy versus everyone else. It’s a beautiful step in the right direction.”

Clearly these two friends can make it through anything together. Whether it’s working on different TV shows, living in different cities or being royal. They’ve got it down and their friendship is one of our favorites in Hollywood.

Watch E!’s five-hour Live From the Royal Wedding coverage Saturday, May 19 starting at 5 a.m. ET/2 a.m. PT for wall-to-wall coverage of Meghan and Harry’s big day! Also, catch E! News every night at 7 and 11 p.m. the week before everything you need to know. And don’t miss E!’s The Real Princess Diaries: From Diana to Meghan pre-wedding special airing Monday, May 7 at 9 p.m.!