That doesn’t add up! Hilarious snaps reveal calculation catastrophes from people who just can’t do the math

Math is a subject that divides many, with some people just having the knack for it, and others never managing to get the very simplest of equations.

But day-to-day activities do warrant a level of mathematic ability to help us work out what deals we are getting at the supermarket, or even work out how much time we need to allow when going out to meet friends.

Small mistakes can usually go unnoticed, but the following examples picked out by WhyThese from the US were shared online for the world to look and laugh at.

Amongst some of the best (or worst?) have included a company sign that advertised their philanthropy, noting they donate a third of their operating budget to financial aid – only to have a pie chart below with only a quarter – completely the wrong fraction for their graphic.

Another, which was shared by someone picking up a bottle of Dr Pepper, which says you only consume 10 calories for drinking it –  but if you look closer, you actually intake double… the math isn’t adding up there…

One Twitter user thought she caught out someone for clickbaiting – WebMD shared a statistic that read: ‘The CDC says only 31% of men and 65% of women wash their hands after using the restroom’ – to which she replied, that it adds up to 96%… not sure if that’s how it works.

FEMAIL has chosen some of the top picks from the list… 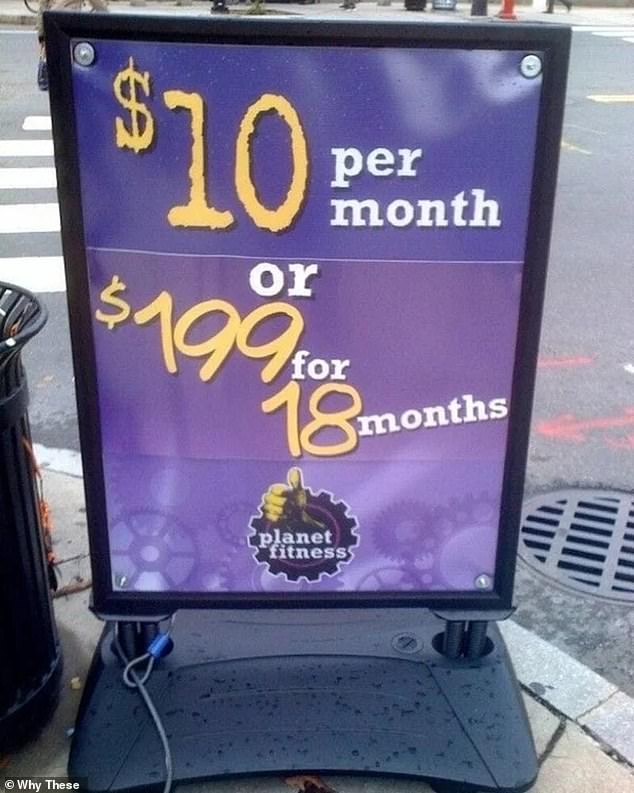 US gym chain Planet Fitness advertises their membership as $10 a month, which doesn’t sound bad at all. But if you actually do the math, you will realize that if you pay upfront ($199 for 18 months), you pay more than you would monthly 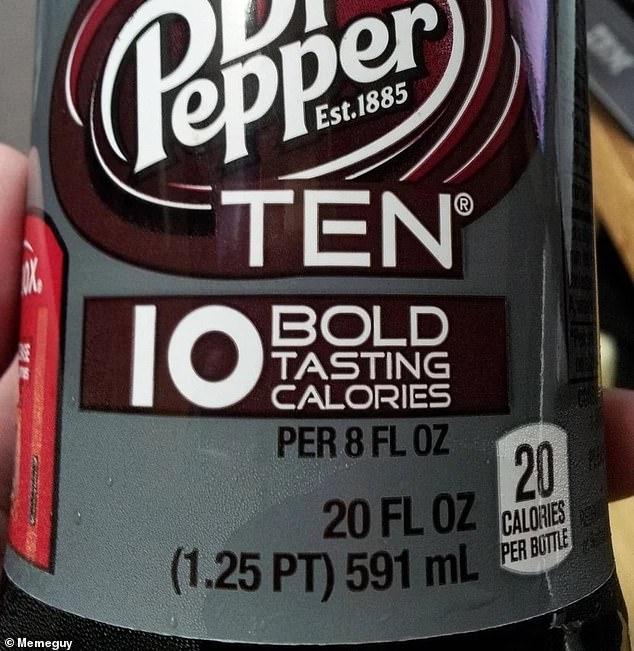 This person was picking up a bottle of Dr Pepper Ten, sold in the US, and read the label which says you only consume 10 calories for drinking it – but if you look closer, you actually intake double… the math isn’t adding up there… 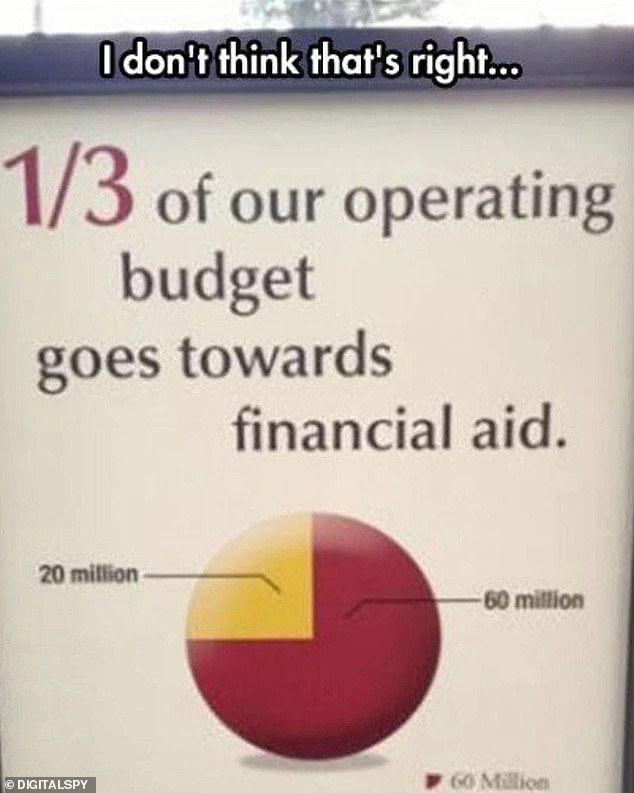 This company sign that advertised their philanthropy, noting they donate a third of their operating budget to financial aid – only to have a pie chart below with only a quarter – completely the wrong fraction for their graphic 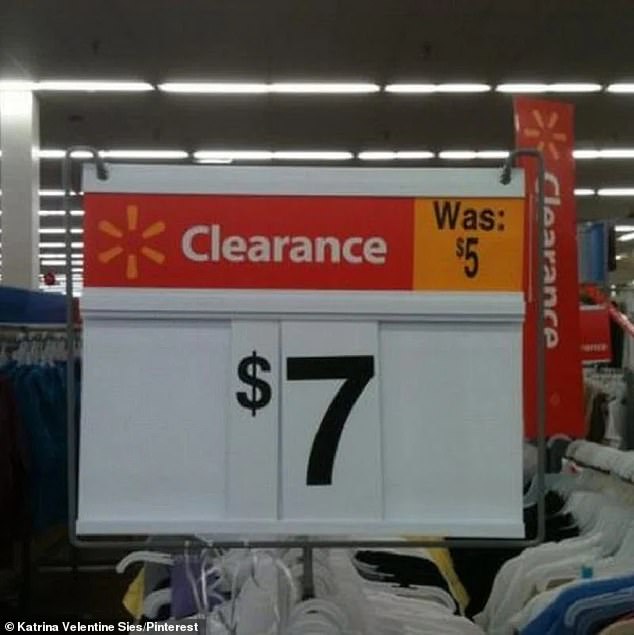 Great to see some clearance signs over a rack of clothing, as it suggests you’ll be getting a good deal, but at Walmart, in the US, they either put the wrong number up or just completely missed the mark – as items that used to be $5, are now priced at $7 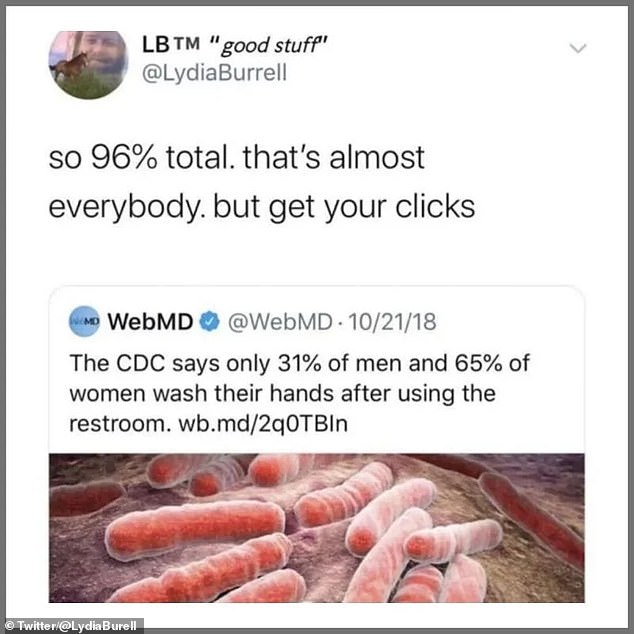 Lydia Burrell took to Twitter to try and destroy ‘clickbaiters’ – but she sadly didn’t grasp the concept of percentages in this circumstance. She quotes a WebMD tweet that reads ‘The CDC says only 31% of men and 65% of women wash their hands after using the restroom’ – and thinks they are wrong, as ‘96% total’ equals ‘almost everybody’ 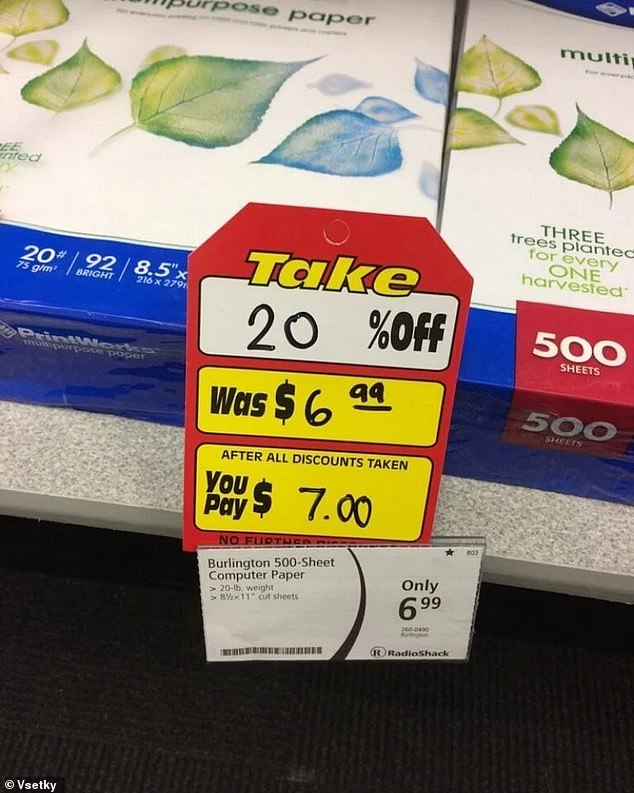 Getting 20% off your all-purpose paper sounds ideal, especially for such a mundane item, no one wants to pay full price. But considering they were already $6.99 at this stationary store in the US, there isn’t much of a deal on getting it for $7 afterwards 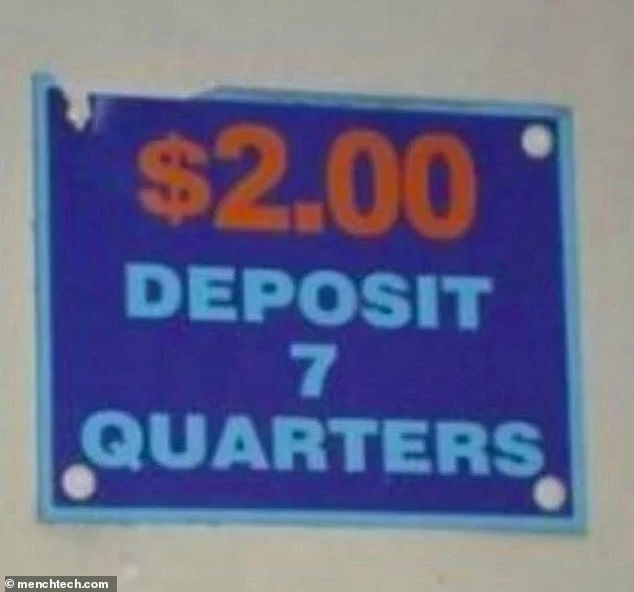 The person writing the text for this sign in the US was either having a bad day or really requires a calculator for even the most basic of mathematics equations, as seven quarters equals $1.75, but just above, says the machine requires $2 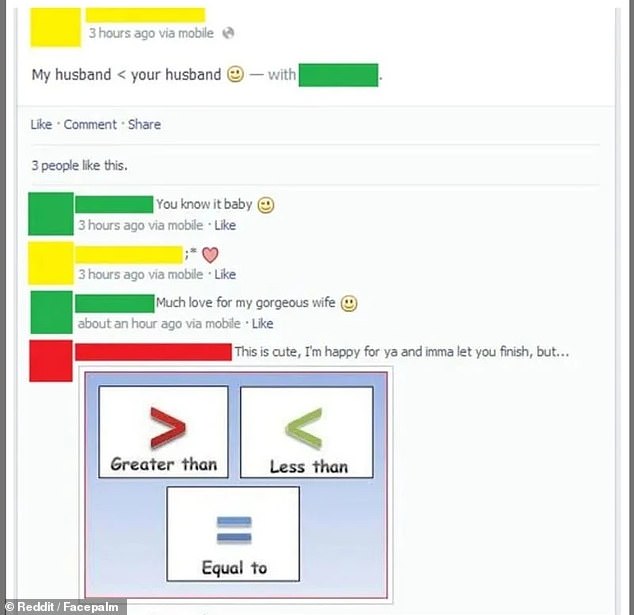 It’s not just numbers in math that people can get confused with, as the greater than, less than and equal to signs are fairly important in everyday life. And this Facebook user completely missed the mark, by technically saying other people’s husbands are ‘less than’ hers 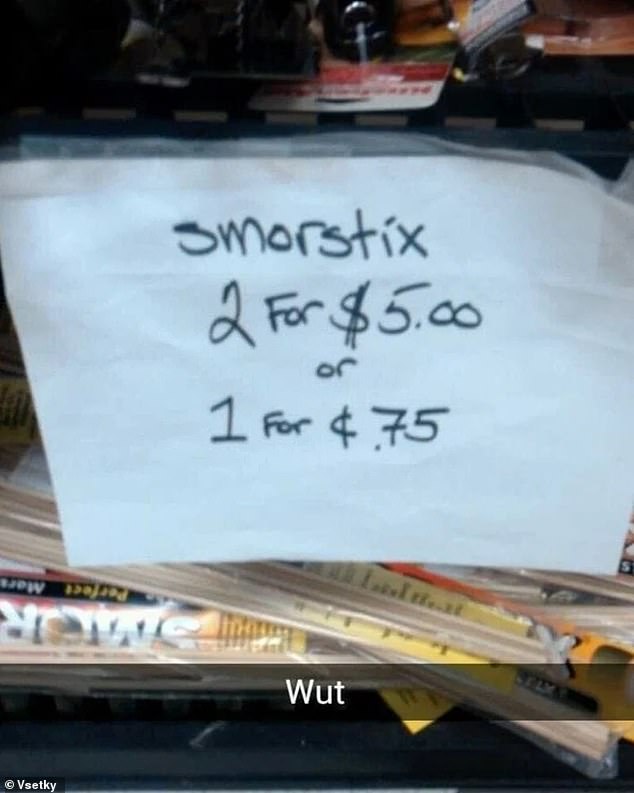 Smorstix, a company from Conneticut which sells a set of sticks that are perfect for roasting marshmallows on the fire, were sold in this convenience store, offering two packets for $5 each, but if you buy just one, it’s only two cents 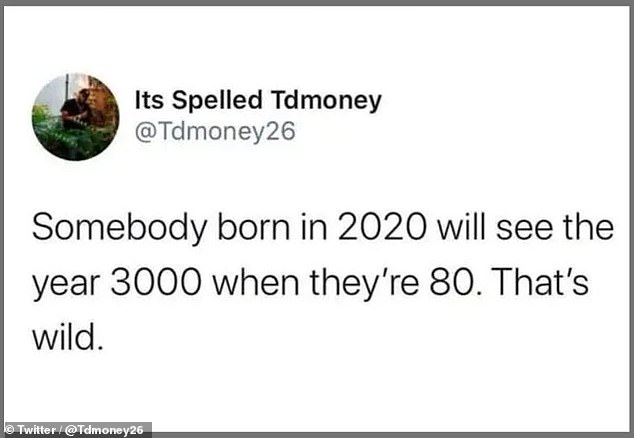 Twitter user @Tdmoney26 was speaking his mind straight into the social media stratosphere, maybe expecting absolutely no one to read it. But when he said that someone born in 2020 will manage to see the world in the year 3000 by the time they’re just 80 – people gave it a second look to see what on earth he meant 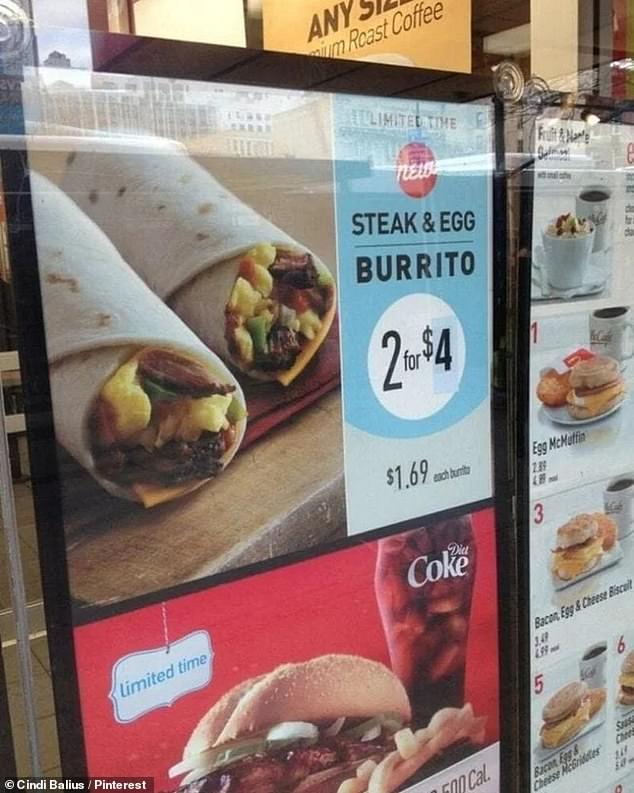 If you fancy a takeout, it’s even better to make some savings for a cheat meal so you feel less guilty – but if anyone fell for this one, they’ll feel even worse about heading to the drive-thru as the burritos would’ve been cheaper to buy individually 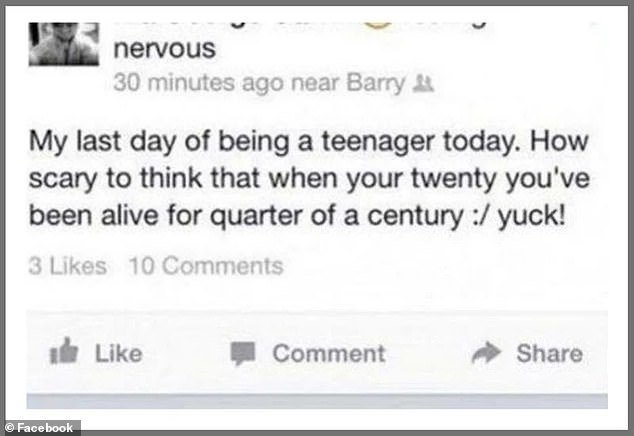 This Facebook user from Barry, Wales, UK, was reflecting on the last day of being a teenager ahead of their birthday the next day. But little did they realize, twenty years of life does not quite equal a quarter of a century 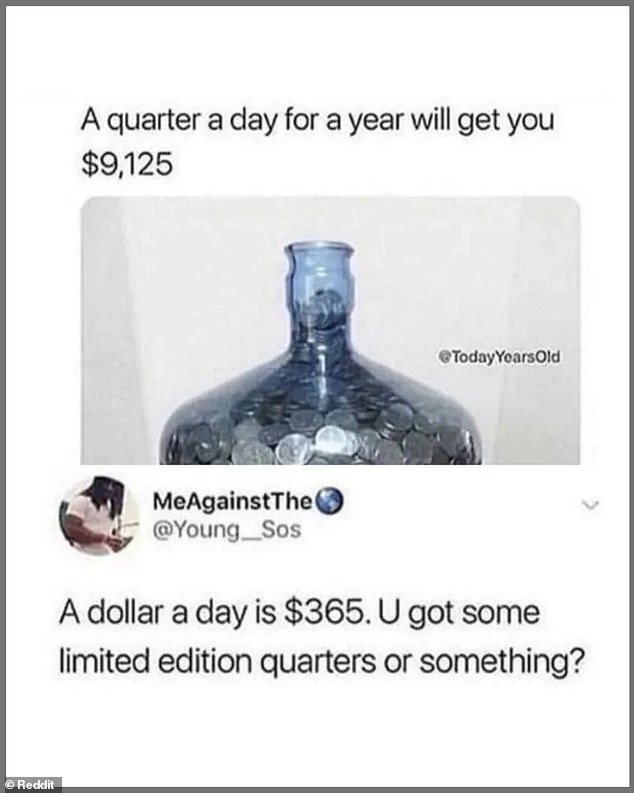 A quarter a day for a year will actually get you $91.25, not $9,125… and this Twitter user hilariously did the math on their behalf 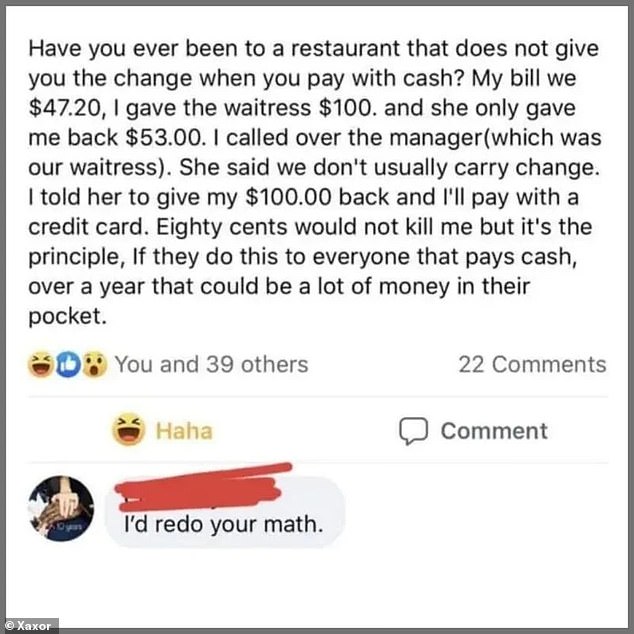