Tina Fey and Jimmy Fallon played a unique guessing game on Thursday’s episode of The Tonight Show called “What’s Behind Me?”

However, these scenes didn’t depict normal, everyday occurrences. For the first round, Fey had to get Fallon to guess the phrase “King Kong holding a hot dog wearing a top hat,” which accurately described the giant ape holding a well-dressed frankfurter behind him.

“That guy’s at work right now,” Fey said, pointing to the guy in the hot dog costume. “That’s his job.” 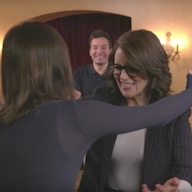 After guessing correctly, it was Fallon’s turn to give the clues; however, things only got weirder from there. This time, he had to get Fey to guess the phrase “2 E.T.s at a pottery wheel on the beach,” which again, is exactly what the scene showed.

“There are two things,” the late-night host said after Fey guessed correctly. “One: You can’t un-see that.” 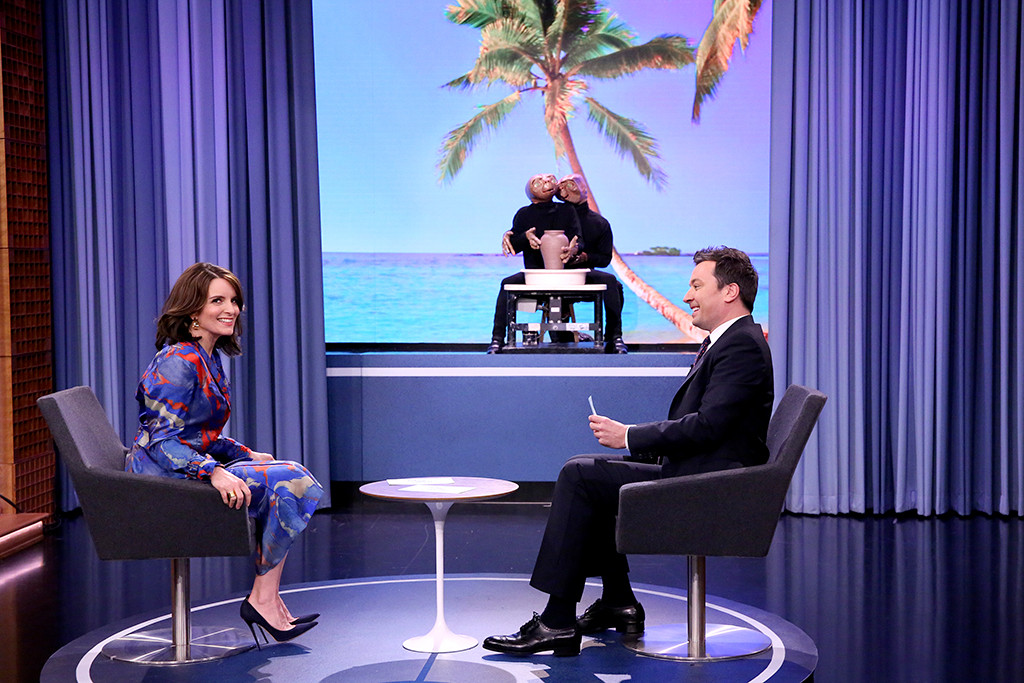 The final two rounds included scenes of “Santa throwing an Edible Arrangement on a tennis court” and “The Beatles Hula-Hooping in the snow.”

(E! and NBC are both part of NBCUniversal).