‘Twitter, do your thing!’ Tourist launches a search for a mystery couple after capturing the moment they got engaged in Santorini in a stunning photo – so do YOU know who they are?

A tourist has launched an internet search for a mystery couple after capturing the moment they got engaged in Santorini in a stunning photograph.

Col Stinson, who is believed to be based in the US, explained how he was watching the sunset on the Greek island when he took the picture.

In the photograph, a man wearing a blue shirt can be seen kneeling down, as his girlfriend, wearing a black dress, puts her hand out.

The couple were on top of a cliff overlooking the Aegean Sea, as the sun set over the island.

Sharing the photograph, Col said: ‘Watching the sunset in Santorini last night and captured this but wasn’t able to get the picture to the couple, so twitter do your thing’. 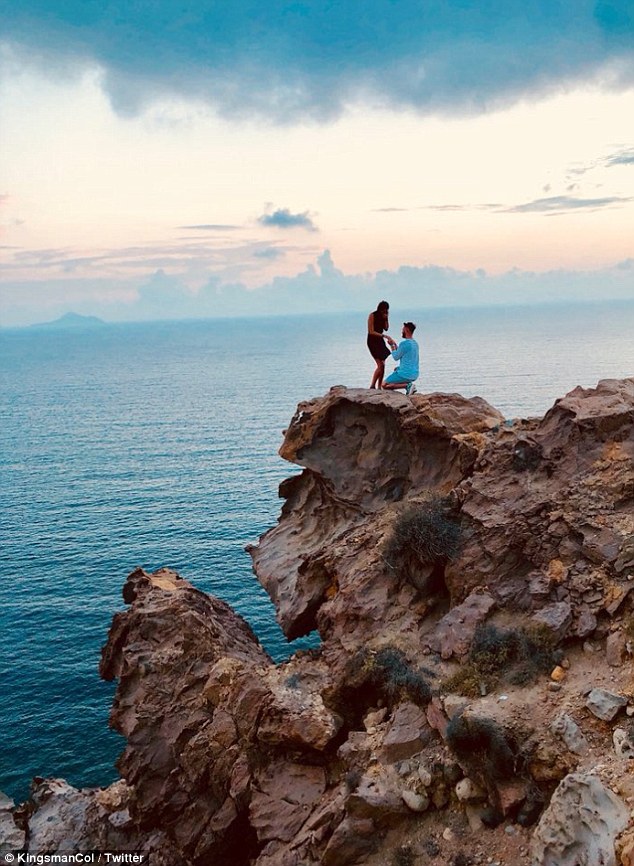 Col Stinson, who is believed to be based in the US, shared a photograph of a couple getting engaged on the Greek island of Santorini on Saturday night

Col shared the photograph on Twitter, in a bid to track down the mystery couple. He explained he had been watching the sunset on the Greek island

The post has so far been shared more than 10,000 times as Twitter users attempt to help Col find the newly-engaged couple.

Social media users described the photograph, taken on Friday night, as ‘beautiful’, declaring that the couple would ‘love it’.

One wrote ‘This is the cutest thing ever!!’, while another added: ‘Oh my gosh that’s so beautiful I hope the find it!!’.

Meanwhile, one Twitter user commented: ‘That’s a beautiful pic. I’m sure they would love this framed in their home. The scenery helps capture the moment. They’d love it.’

Other social media users were quick to comment on the photograph, describing the picture as ‘beautiful’. One described it as the ‘cutest thing ever’

The photograph was shared on Twitter on Saturday, but the couple do not appear to have come forward so far.

It comes after Santorni was voted the second most romantic place in the world, behind Paris.

The Greek island is known for its idyllic beaches, blue-topped buildings and jaw-dropping sunsets and is extremely popular with honeymooners.

Venice and the Amalfi Coast were also on the list of top 20 most romantic places around the world, as voted by a poll of of travel experts and 2,000 members of the public. 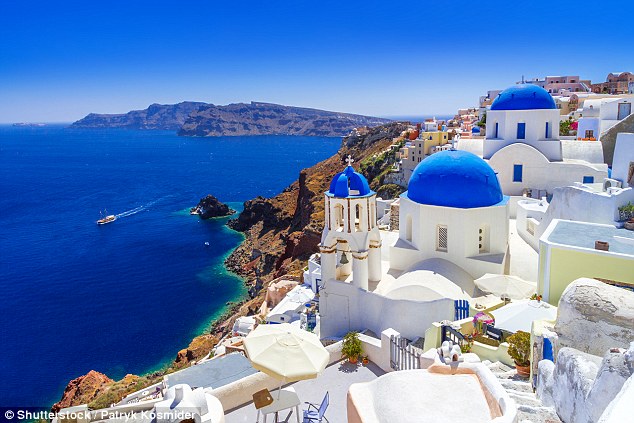 THE WORLD’S MOST ROMANTIC LOCATIONS

9. Cambridge and the River Cam