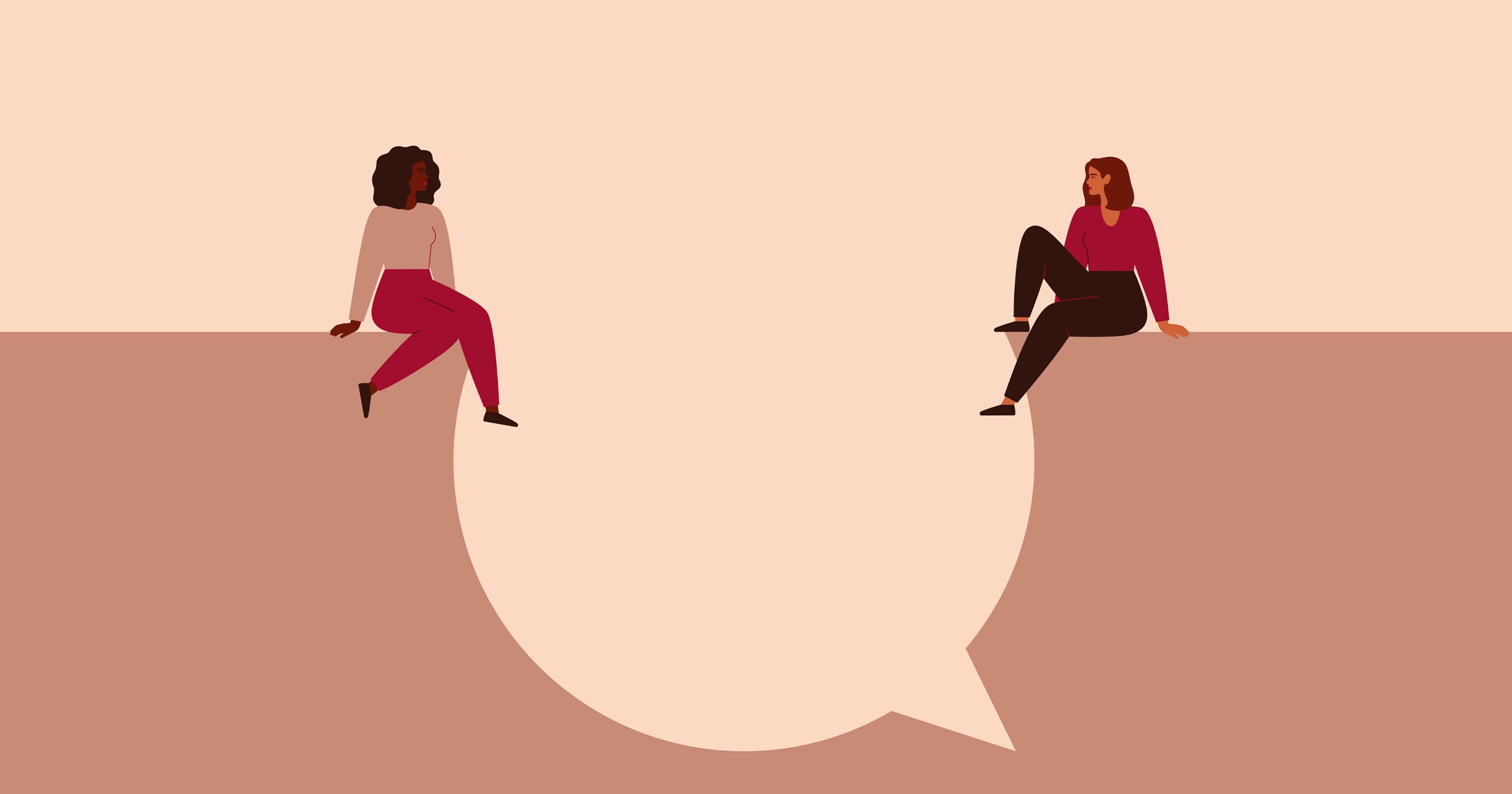 Do any of the above sound familiar?

Perhaps you’ve heard these kinds of minimising statements from friends or family, as they try to make you feel better about some bad news, or when you’ve been struggling with your mental health.

Or, maybe you recognise them as things you have said to people in your life.

Either way, the person making these comments – whether it’s you or a friend – almost certainly doesn’t mean any harm.

At least they’re saying something, right? Yes and no.

This is what is known as ‘toxic positivity’. This is when someone attempts to put a positive spin on your negative situation or emotions, and it can feel as though they are downplaying your experience.

For example, being told that ‘at least you can get pregnant’ when you’ve had a miscarriage, is of no help in that moment, to the person grieving their loss.

If anything, it makes the person who is grieving their loss feel as though they can’t share their true emotions. This is when it can become toxic and unhelpful.

However, this is most likely not the intended effect.

‘When people doggedly try to make you look on the bright side, despite what might be awful circumstances, they usually do genuinely mean well,’ says Somia Zaman, a psychotherapist specialising in EMDR and CBT.

‘They may think they are helping you to look at a situation through fresh eyes, giving you a new, more positive perspective.

The other reason for offering this ‘positivity’ might simply be because the person in question is stuck on how to respond and terrified of saying the wrong thing, Somia explains.

‘This can lead to an inappropriately bright and breezy, Pollyanna kind of response slipping out.

‘Some people don’t know how to deal with negative emotions and will desperately try to find the silver lining inside your dark cloud for the sake of recovering their own mood.’

While, on hearing bad news people often want to try to fix the situation and make the person feel better, Sally Baker, senior therapist at Working on the Body, explains that this often has the opposite effect.

‘Often attempting to look for the positive in catastrophic circumstances only shuts down the person wanting to share their truth,’ she says.

‘Some situations are just bad. There is no silver lining. There is nothing good that can come from their tragedy. In those situations it’s the bearing of witness and listening that is the greatest gift.’

The negative impact of saying ‘at least’

‘When friends offer “at leasts”, a person could feel that their suffering is not being understood,’ Somia continues.

‘Using this phrase may give the impression that you think the pain they are feeling is over the top, or that they are not able to count the blessings they do have.’

It can be natural to try to look for the positives, or to ‘cheer someone up’ by reminding them of what they do have, in the face of loss, or sadness. It can feel like the right thing to do. But, generally, it isn’t.

‘Saying “at least” might be said with empathy but it can be heard to reduce a person’s experience,’ says Sally.

‘Instead, stand with them in their pain by giving them time and opportunity to say whatever they need to say. This way allows them to acknowledge their loss and got them to begin to process their pain.’

Essentially, saying ‘at least’ to someone grieving or struggling suggests that it’s not quite as bad as it could have been, explains explains psychologist Emma Kenny.

‘To say “at least” allows the person who is saying it to feel better about the scenario – but it minimises the grief of the individual, and suggests that it could have been worse. For the parent of that child, in that moment, it couldn’t.’

Similarly, saying ‘it’s all going to be OK’ too soon, can have a negative impact.

‘In that moment, the person is struggling and you need to leave space for that person to deal with it however they chose to,’ Emma says.

‘If you close them down by saying, “It’s all going to be OK”, you remove the opportunity for that person to say, “I’m not OK, I’m struggling, can you help me.”‘

The impact of ‘toxic positivity’ can be great, and long-lasting.

It is vital that humans are able to express their feelings, both positive and negative.

This can ultimately lead to them bottling everything up.

‘If someone feels they have no one to talk to, their bad feelings can then spiral inside their head, making them feel worse,’ she adds. ‘Often, people who are suffering just want to be seen and heard.

‘They want to be understood and given the space to talk about what they are finding difficult in their lives, without being made to find solutions or reframe their thinking.’

How to deal with toxic positivity

So, what should you do if a friend or loved one keeps trying to cheer you up, by offering ‘at leasts?’

First of all, try not to be angry with them.

‘We would all rather have someone who tries to help us badly, than someone who chooses to abandon us in times of need,’ she points out.

However, if it’s something that you’re aware of, and you know it makes you feel worse – it’s time to be honest with them.

Somia suggests saying something like: ‘I know you mean well, but right now everything is so hard and I can’t be positive at the moment.’

Let them know politely that you appreciate the sentiment, but it isn’t helpful for you at that moment in time.

What if you’re the one always looking for positives?

If you’re reading this with the sinking realisation that maybe you are the one constantly trying to ‘look on the bright side’ for others – Somia has some advice.

‘If you know you have a tendency to look for positives when someone tells you their bad news, keep in mind that the most important thing you can do is to hear and validate their suffering,’ she explains.

‘”I know you are having a hard time right now”,  “That must feel so difficult,” and “You are trying your best in such a hard situation,’” are all phrases I use in my therapy sessions.

She suggests that sometimes, it is best to say very little and to listen more.

‘More validating kinds of phrases you can use are “I understand this must be such a hard time for you’ and ‘Is there anything I can do to help?”‘ she suggests.

Emma agrees, suggesting that questions like, ‘How can I help?’ and, ‘Tell me how you’re feeling’, are useful as they create an open ended conversation, while letting them know that you are there.

‘In offering positives, you’re doing it because you’re insecure and worried about your ability to impact positively on that person,’ she adds. ‘You don’t want to leave that person in pain.

‘However, when you are doing that reframing, you should wait until they are in a better place.’

Offering positives in immediate response to bad news will often have the opposite than desired effect.

Finally, Sally suggests that if you are in the moment with someone who has just told you some bad news, take a moment before responding. Don’t say the first thing that comes to mind.

‘Take a breath,’ she suggests. ‘It will help you pause and think.

‘Hearing someone’s bad news can be upsetting and wanting to fix them can be a way of deflecting pain and trying to comfort yourself as well as them.’