A divorced father-of-two whose weight escalated to 23st thanks to his daily diet of fry-ups and takeaways has unveiled his toned physique after dropping seven stone.

At his largest Mark Johnson, 38, from Watford, wore a size triple XL after comfort eating his way through the heartache of his divorce.

His love of McDonald’s, pizza, fish and chips saw his waistline expand to 46 inches, but he was inspired him to finally shape up after his two children, Michael, nine, and Lilly, 11, poked fun at his ‘bum shaped belly’.

After introducing regular workouts and swapping takeaways for home cooked meals, Mark has slimmed down to 16st in just four years – and can still enjoy the occasional pizza or kebab.

In the past, Mark tried various fad diets such surviving on jelly and milk, but had failed to lose the weight. 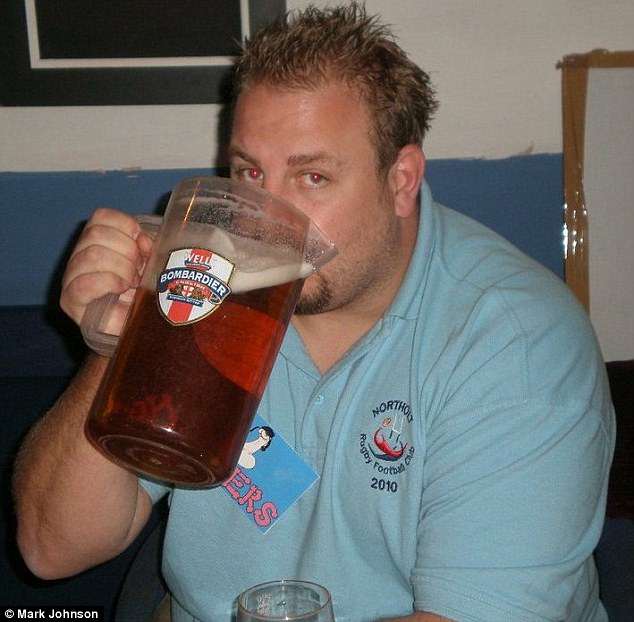 Mark Johnson, 38, (pictured before) ballooned to 23st thanks to his daily diet of takeaways and fry-ups

The serial dieter made his first attempt in 2012 after seeing footage from a holiday.

‘I jumped into the pool whilst on holiday and swam to the other side as part of a drinking game run by holiday reps out there. My friend filmed it – when I saw the video I was shocked.

‘I was massive and looked like I could hardly run to jump, let alone swim.’

He had some success, but following his marriage breakdown in 2013 he found himself gorging on comfort food while struggling to deal with his emotions – consequently piling on the pounds.

Speaking of his diet Mark said: ‘It was fry-ups, McDonald’s, pizza, fish and chips – that’s not to mention ice cream, big bags of crisps and biscuits on top of that.’

He committed to regular exercise in the form of rugby matches over the weekend, but found his poor diet stood in his way.

‘I’d pile everything back on that I lost over the weekend – my backs and knees would ache for days’ he added. 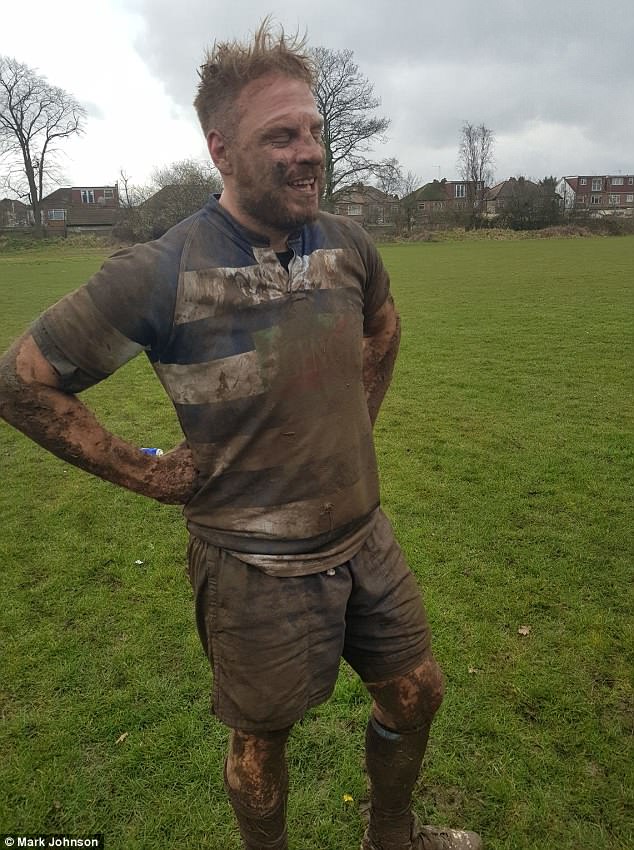 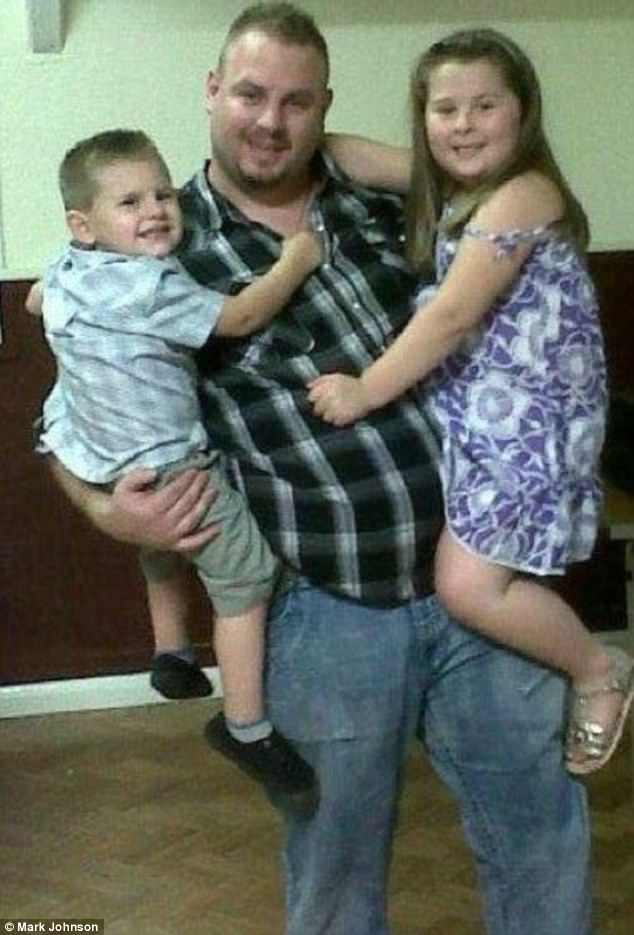 Mark (pictured before weight loss with his children Michael, 9, and Lilly, 11) claims the name calling from his children partly inspired him to lose weight 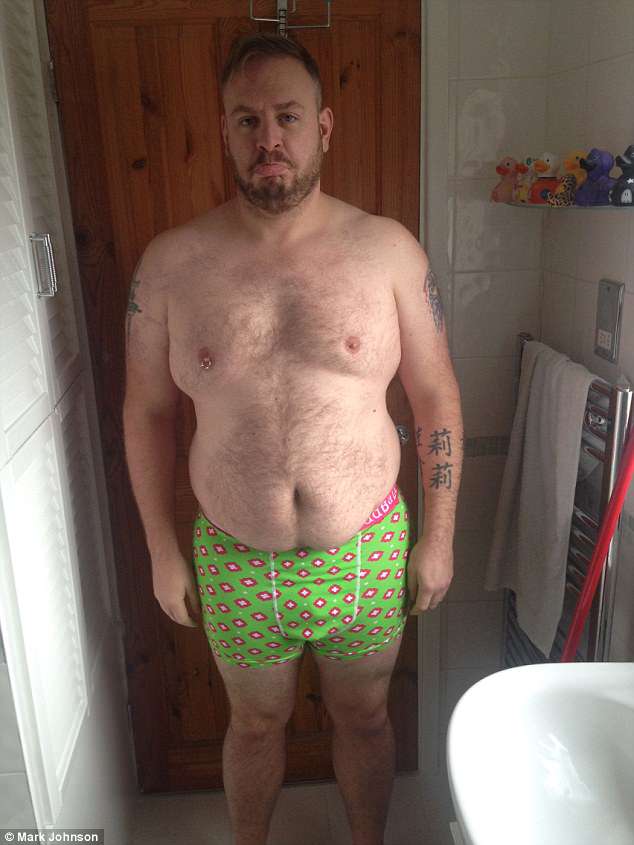 Mark finally committed to lose weight after teasing from his two children, and went online to look up weight loss plans.

‘After doing some research, it was apparent that their guides had helped others lose weight and keep it off.

‘I couldn’t afford to hire a PT and thought why not give it a shot for a small one-off investment.

‘I started using it in 2015 and it’s really helped me to grasp a better understanding of how to follow a training plan and achieve a balanced diet.’ 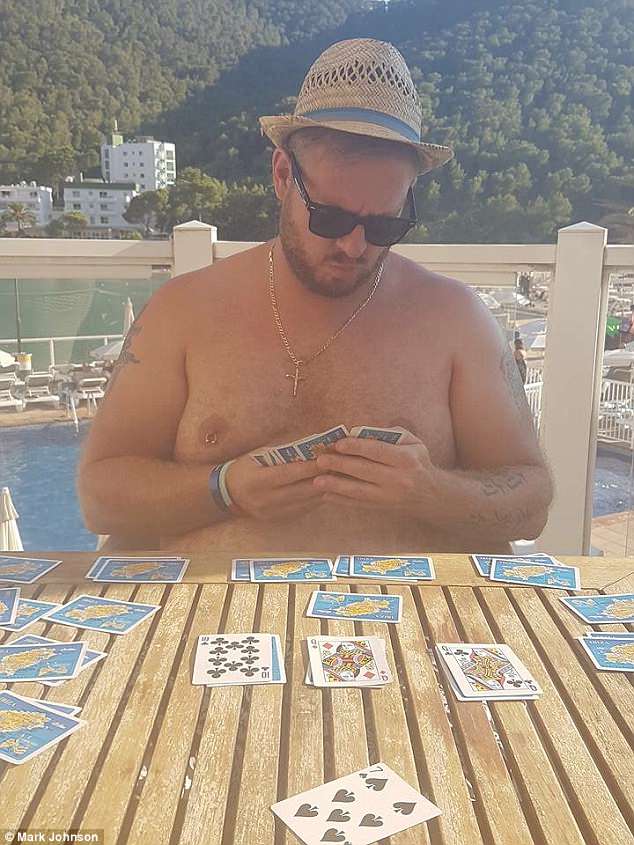 Mark (pictured on holiday before the weight loss) admits to be a serial dieter, but his attempts faltered before he discovered LDN Muscle 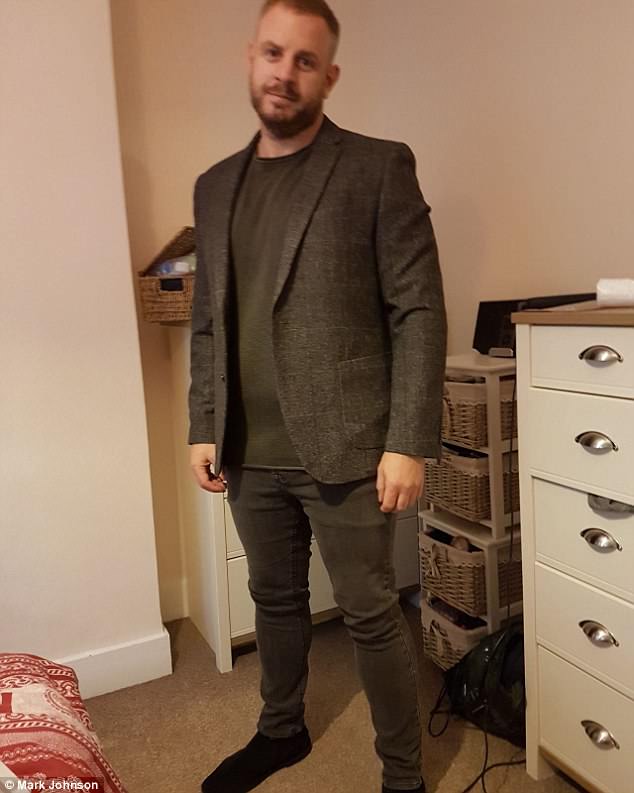 Mark who now weighs 16st, 2lbs and wears a UK large claims the weightloss guide is the best thing he has done.

By sticking to regular exercise and workout routines the father was able to gradually lose weight over four years.

He said: ‘I’m now full of energy and no longer fear the free weights section!’

‘I’ve learnt how to track my nutrition relative to my goals and no longer feel guilty enjoying the odd kebab etc. – there really are no good or bad foods, it’s about just finding the balance.’

‘Deciding to invest in the LDN Muscle Cutting Guide is the best thing I’ve ever done!’