Khloe Kardashian‘s boyfriend Tristan Thompson did not make the cut to be included in the Kardashian-Jenner family and friends mural at Kylie Jenner‘s 21st birthday party on Thursday.

A mural of caricatures of the famous squad was displayed at the bash and the reality star’s sisters Khloe, Kim Kardashian and Kendall Jenner shared videos of it on their Instagram Stories. It features Kylie with about two dozen people, including her boyfriend Travis Scott and their baby daughter, Stormi Webster.

In addition to Tristan, who recently weathered a cheating scandal, his and Khloe’s baby daughter True Thompson is also not pictured. Neither of them attended the party, nor did Stormi. The Cleveland Cavaliers star was in Toronto, were he coached kids at a basketball camp and attended the Amari Thompson Soiree in support of Epilepsy Toronto.

True’s other cousins also did not go to the bash and were also omitted from the mural: Kim and husband Kanye Westare shown together without children North West, Saint West and baby Saint West, while Kourtney Kardashian and Scott Disick both appear in different areas, without their kids Mason Disick, Penelope Disick and Reign Disick. Rob Kardashian is shown next to his grandmother M.J. and late father Robert Kardashian. His daughter Dream Kardashian is not in the mural (nor is her mother and Rob’s ex, Blac Chyna, unsurprisingly). 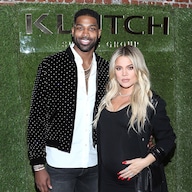 Also pictured: Caitlyn Jenner, who appears in between Scott and Robert, Kris Jenner and boyfriend Corey Gamble, Kendall and her new boyfriend, NBA star Ben Simmons, plus a slew of friends, such as Kylie’s bestie Jordyn Woods. 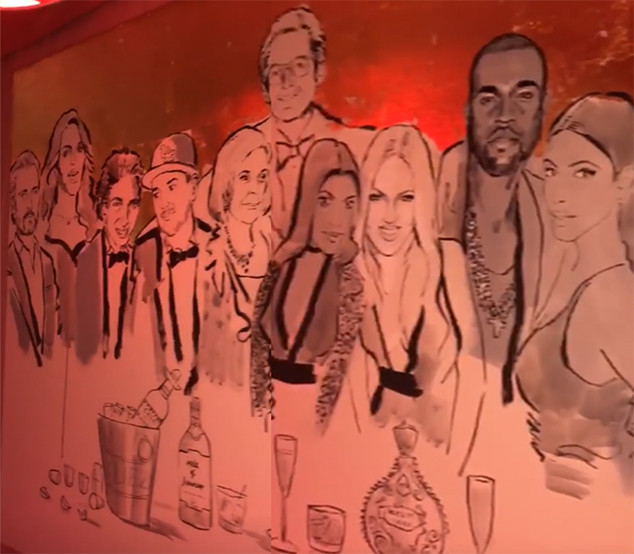 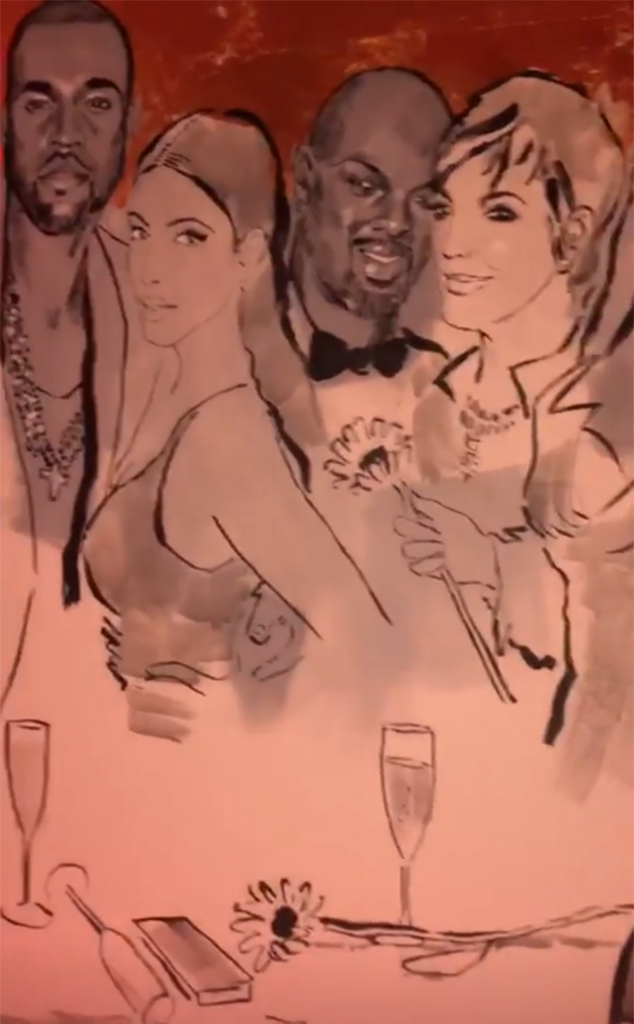 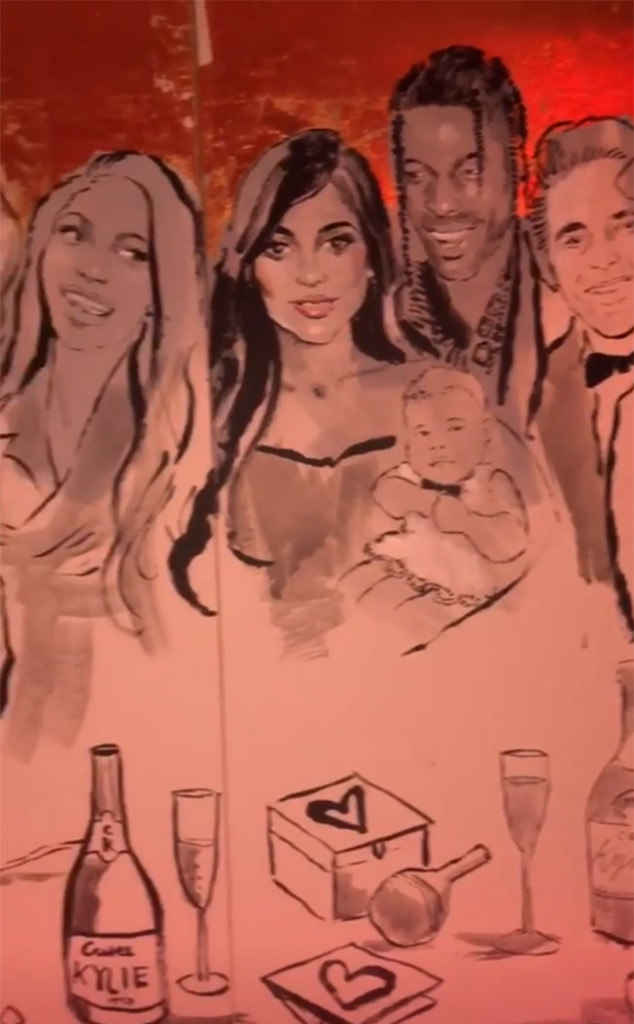 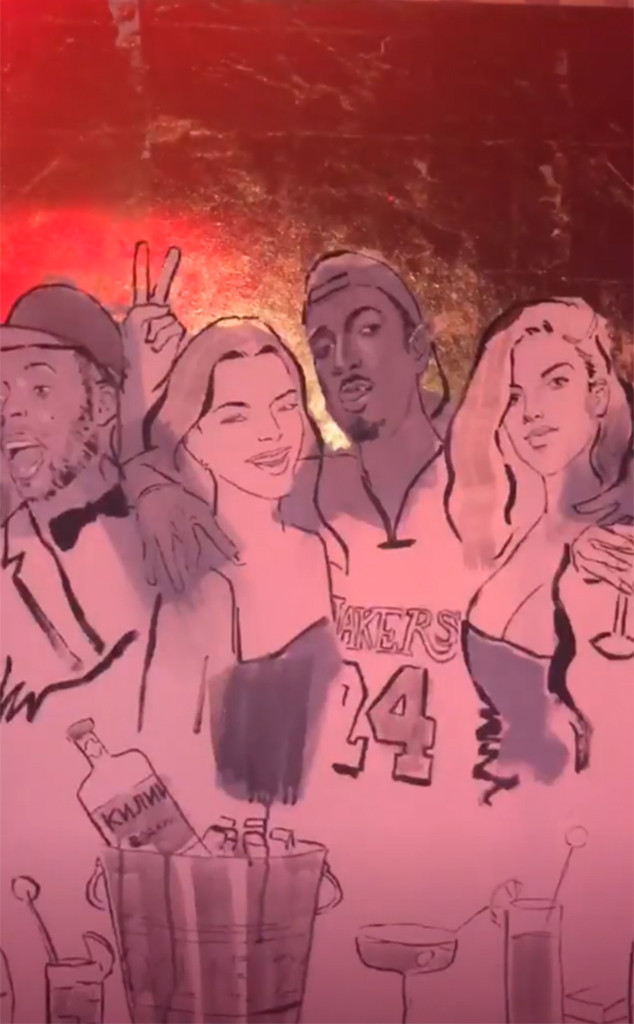 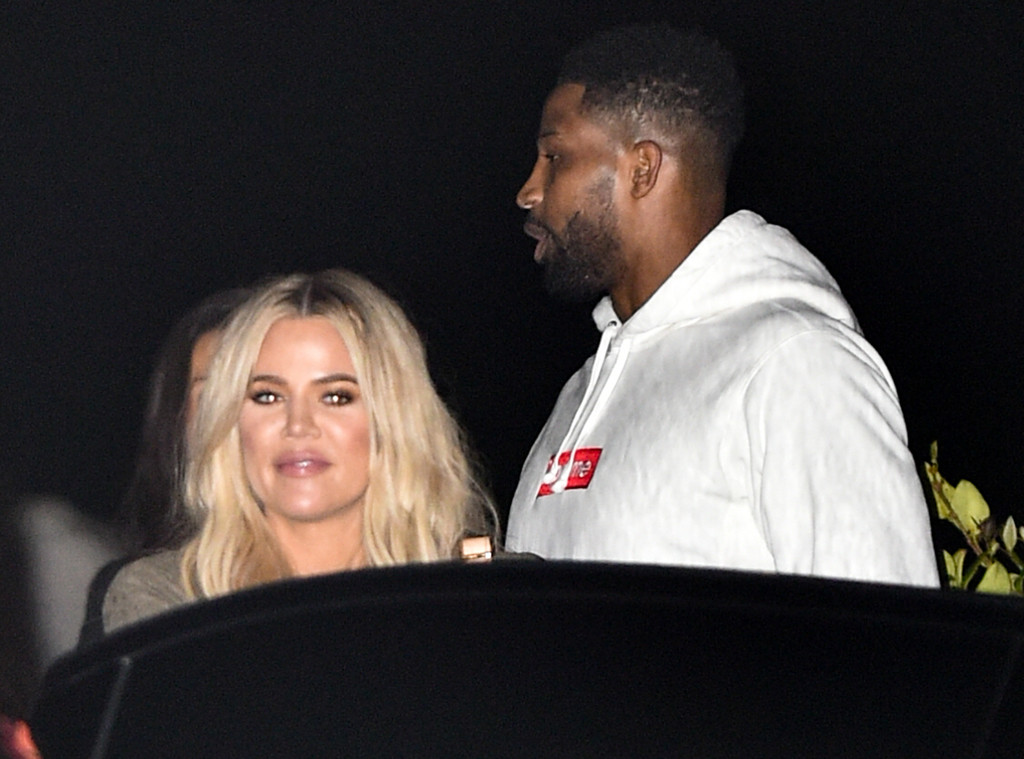 In April, just before Khloe gave birth to True in Cleveland, there were multiple reports that claimed Tristan had kissed and otherwise intimately engaged with other women. The two have remained together despite the scandal and he has also made peace with the family, who were “heartbroken” for Khloe.

“It was definitely new territory for us when you have a new baby coming into the world,” Kim said about the scandal on On Air With Ryan Seacrest last week. “I think ultimately we always want her to be happy, but it gets all clouded when there’s a baby and, you know? Her motherly instincts kicked in and she has to do what makes her happy so we’ll support that.”

Watch Keeping Up With the Kardashians on Sundays at 9/8c only on E!