An ambitious mother who tipped her twin girls as future beauty queens before they were even born has proudly declared them the UK’s youngest ever winners – after entering them in their first pageant at just two weeks old.

After raising one champion, Anita Moss, 33 – whose daughter, Beau, eight, has around 50 pageant crowns – was over the moon when Tallulah and Tiarah, born on April 26, bagged four prizes between them at an event in Hemel Hempstead, Hertfordshire, on 12 May.

Stay-at-home-mum Anita, from Southampton, said: ‘Because they’re still so little, they can’t do a lot, so I carried them on stage and showed them off to the judges. 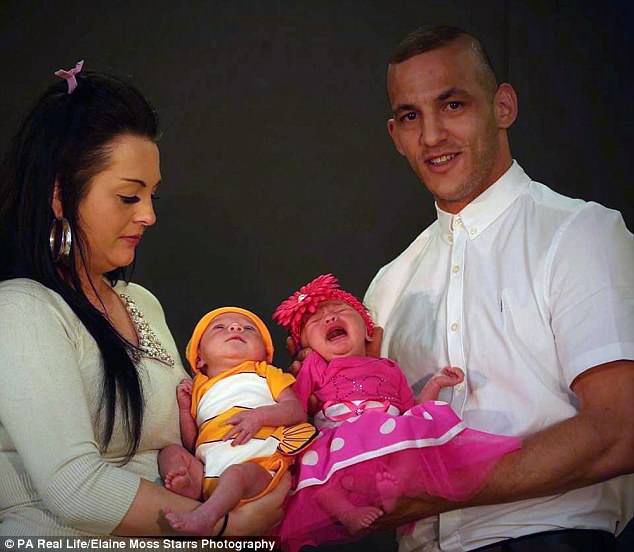 Twins Tiarah and Tallulah Moss have bagged their first beauty queen crowns at just two weeks old. Pictured during their win with parents Anita and Jamie

‘They were so content. All the other pageant mums were dying to see them.

‘They’re competing again in August, but I’ll give it a while until I give them proper makeup and hair pieces. I think I’ll start doing that when they’re around three.’

A veteran on the pageant circuit, Anita’s oldest daughter, Beau, first competed when she was around two-years-old when pageants were still fairly unheard of in the UK.

Now, with the competitions growing in popularity, it has taken all Anita’s imagination, creative skills and drive to keep Beau at the top of her game. 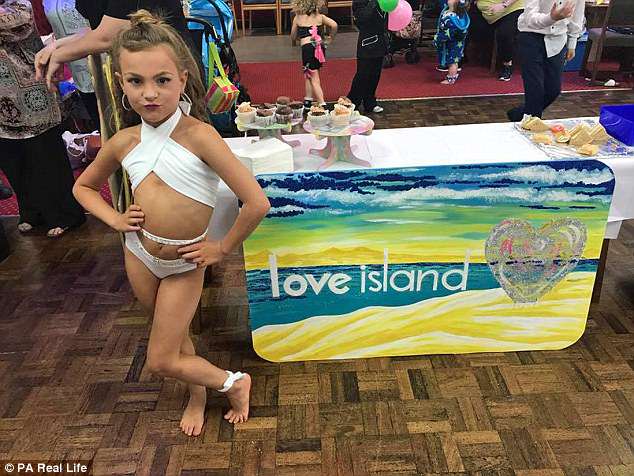 Anita’s older daughter Beau is a veteran on the pageant circuit, taking home 50 wins by the age of eight. Pictured in her controversial Love Island outfit 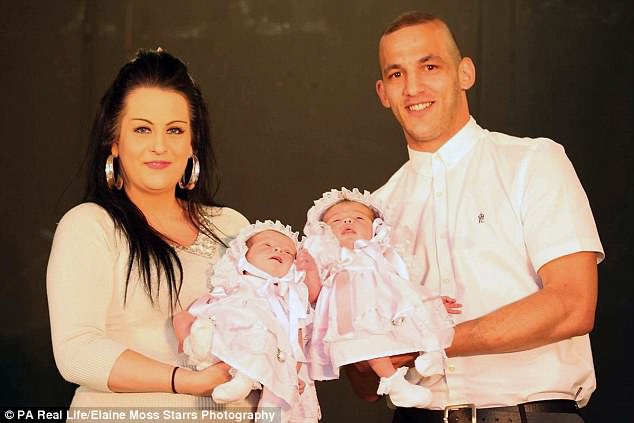 The twins (pictured on stage) nabbed four crowns between them – Alternate, Best Dressed, Princess and Most Beautiful

Taking up to five hours to get stage-ready, which involves being coated in fake tan, makeup and false lashes – finished off with a hairpiece – Beau has wowed judges with costumes transforming her into characters as diverse as Jeremy Kyle and The Mask.

A controversial Love Island-themed routine, in which Beau wore a revealing bikini to make her look like the 2017 winner of the ITV reality show, Amber Davies, attracted harsh criticism.

‘I’ve had a couple of nasty comments,’ admitted Anita, who is no longer with Beau’s dad.

Anita admits that she has had some negative comments about putting her daughters through pageants, but she insists it is just ‘a fun hobby’ 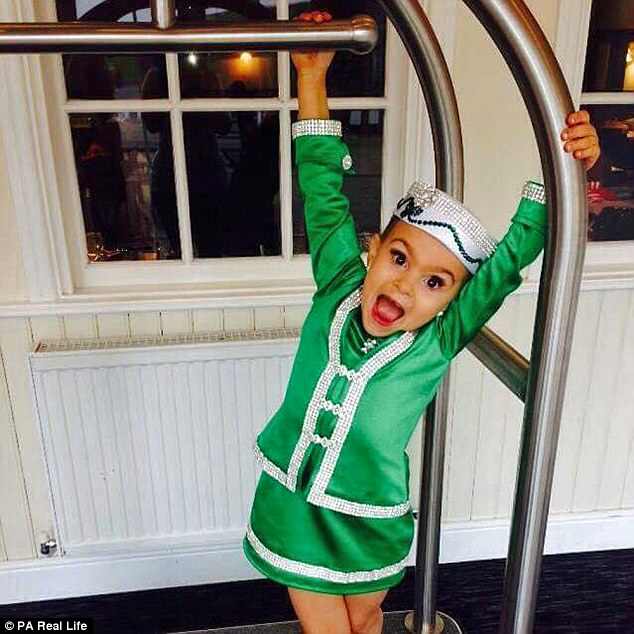 ‘I used to take it really personally, but now I’ve realised you’ve got to just ignore it or it’ll tear you apart.

‘I think people are just ignorant about what the pageant scene is actually like. They see television shows about it and think that’s reality, when it isn’t.

‘Granted, there are some people who take it too seriously and spend loads of money on it, so it takes over their lives, but for most, it’s just a fun hobby.’

At her peak, Beau was competing in a different pageant every week. 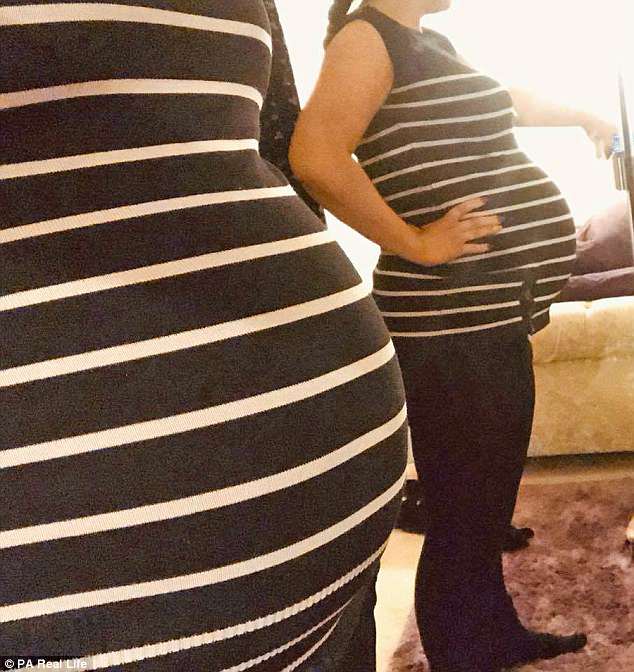 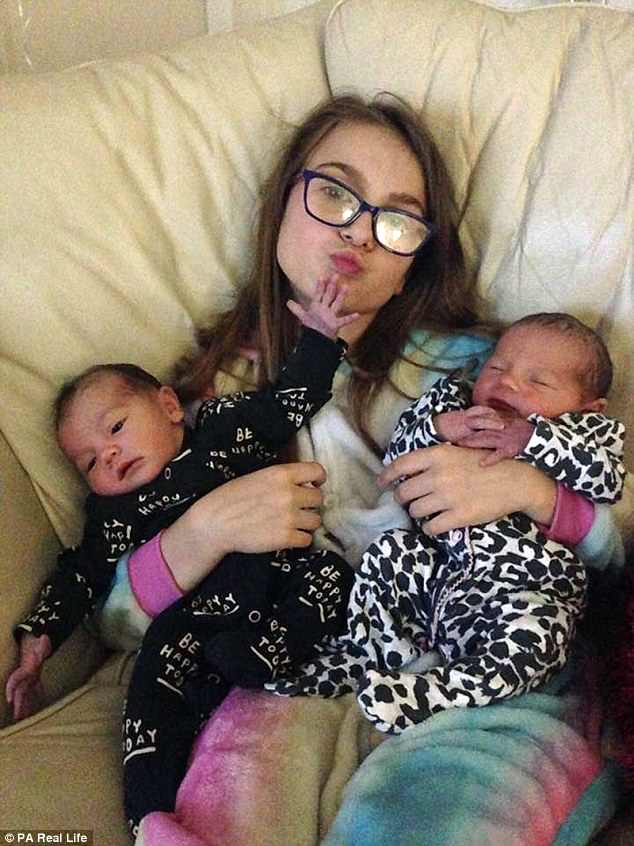 After being induced, Anita gave birth naturally at Southampton’s Princess Anne Hospital on 26 April this year. Pictured: Beau with her twin sisters

Recently, however, she has taken a step back to help her mum prepare for the arrival of her twin sisters.

Falling pregnant in 2017 – her first time with her 32-year-old pipe fitter partner, Jamie Johnson – Anita was astonished to discover at her 12 week scan that she was expecting twins.

She continued: ‘I should have known, because twins do run in my family. But my mind was absolutely blown. I couldn’t believe I was having two babies.

‘Jamie doesn’t have any other children, so it was really special for him. He always wanted kids – and he got two at once.’ 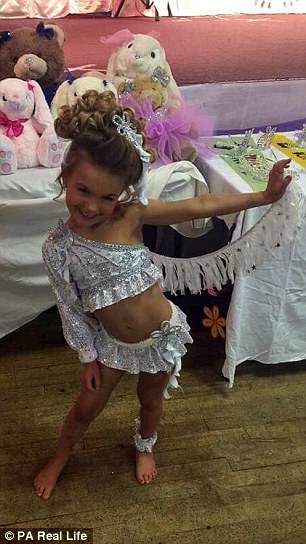 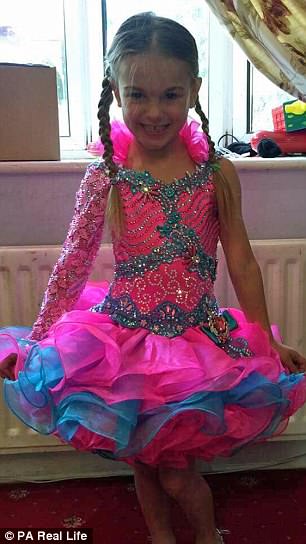 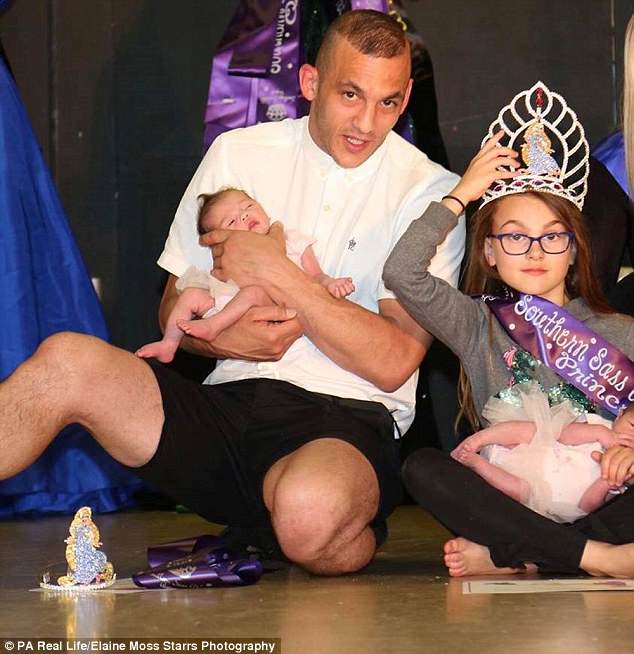 Jamie (pictured with Tallulah, Tiarah and Beau) has also thrown himself into the pageants, with the twins being his first children

Two months later, at the 20 week scan, the happy couple discovered they were having twin girls.

Anita added: ‘As long as my babies were healthy, I didn’t mind what I was having.

‘But I must admit, when the midwife said it was two little girls, I thought, ‘Amazing, I have two new pageant queens.’

After being induced, Anita gave birth naturally at Southampton’s Princess Anne Hospital on 26 April this year.

Worryingly, Tallulah was not breathing at first but, thankfully, after 10 minutes, medics managed to bring her round and mum and daughters were allowed to go home the following day. 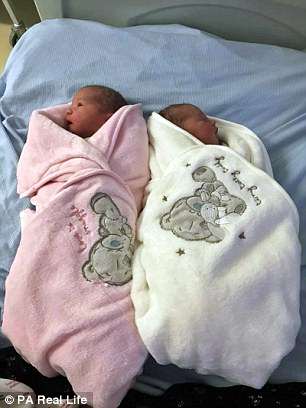 Tallulah, Tiarah and Beau will be competing against each other in the next competition in August this year

Then, just two weeks later, the twins made their pageant debut.

Anita said: ‘I wasn’t sure whether to enter them at first, as I didn’t know how long we’d all take to recover. But, a week before the pageant, I decided to go for it.

‘I ordered the girls’ custom made dresses and bonnets online, for £20 each. They looked gorgeous.’

Off to a winning start, the twins nabbed four crowns between them – Alternate, Best Dressed, Princess and Most Beautiful.

Ahead of their next contest in August, they have already found a sponsor to provide them with free outfits.

But, eventually, Tallulah, Tiarah and Beau will all be competing against each other – although Anita will be careful to ensure that sibling rivalry never eclipses the fun of the day.

‘I’ll make sure everyone is happy and content before they start properly competing,’ she said. ‘I’ve taught Beau and will teach the twins, too, that you need to win with grace, but also lose with grace.

‘Winning isn’t everything. Taking part in the pageants does wonders for their confidence.

‘Beau absolutely loves it. She’s at the age now where she’ll tell me if she ever wants to stop.

‘There’s this huge myth that pageants are all about beauty and looks, but there are so many more elements than that. Really, they shouldn’t be called beauty pageants, as that’s not quite right.

‘The prep leading up to the big day gives you lovely mother and daughter bonding time and it makes me so proud to see them on stage.

‘I’d like to invite people who say it’s sexualising children to come and watch a pageant before they make their mind up. They’ll see it isn’t like that at all.’