Would YOU pay £18 for a one-hour siesta? New pop-up sleep station leaves people aghast at the price of 60-minutes snoozing time – and critics say ‘it’s cheaper to nap on the bus!’

Nodding off in a comfy bed for an hour after a long lunch is a rare treat reserved for the weekends if you’re in possession of a 9 to 5 job.

However, the rise of nap pods – where workers can press pause on their day for an hour and tumble into blissful sleep – have arrived in the UK, after debuting in New York, Tokyo and airports across the globe.

Yet the less-than-humble price tag – £18 an hour – at one East London pop-up has attracted derision from some on Twitter, suggesting that the most fundamental of human needs should be priced more competitively. 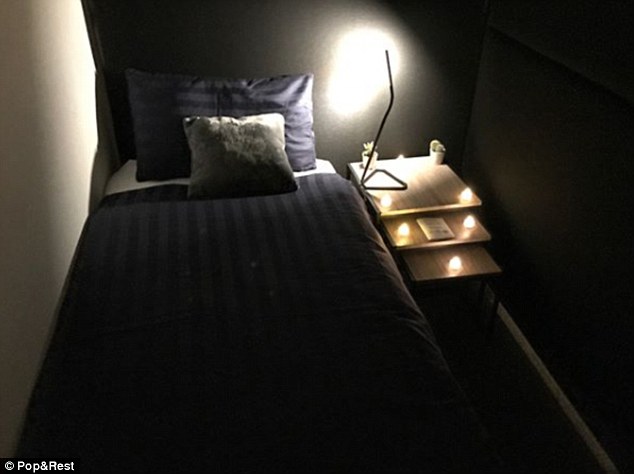 Pop&Rest, which offers nap stations in East London for £18 an hour, has come under fire on Twitter for its price tag 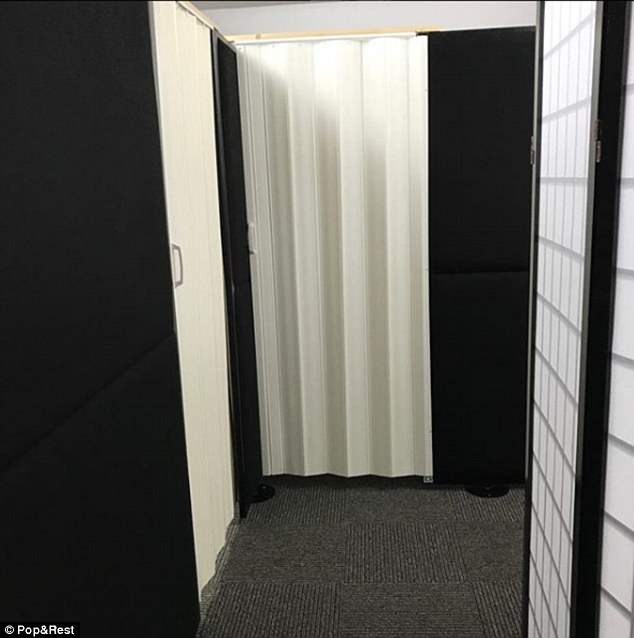 On its website, Pop&Rest describes itself as offering ‘private and peaceful spaces to get recharged.’

Rooms in London’s Old Street can be booked for up to two hours, or for as little as 30 minutes.

Visitors are greeted with ‘forest scenery; plants, natural smells and bright colours, making you feel as though you have escaped from the city noise with calming nature sounds enabling you to easily relax and drift off to paradise.’

However, the concept didn’t wash with many. One incensed social media user, @Ankaman616, took to Twitter to criticise the fee, writing: ‘£18 to nap for an hour in Shoreditch. Eighteen pounds. To nap. In a pod. For an hour. In East London.’

He didn’t stop there, finishing the tirade with the words: ‘EIGHT. TEN. ENGLISH. POUNDS. TO SLEEP. FOR SIXTY MINUTES.’ 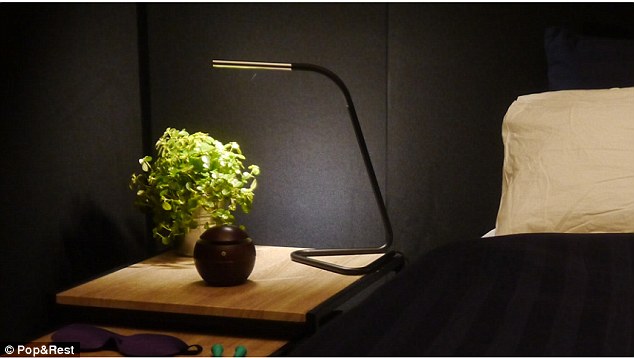 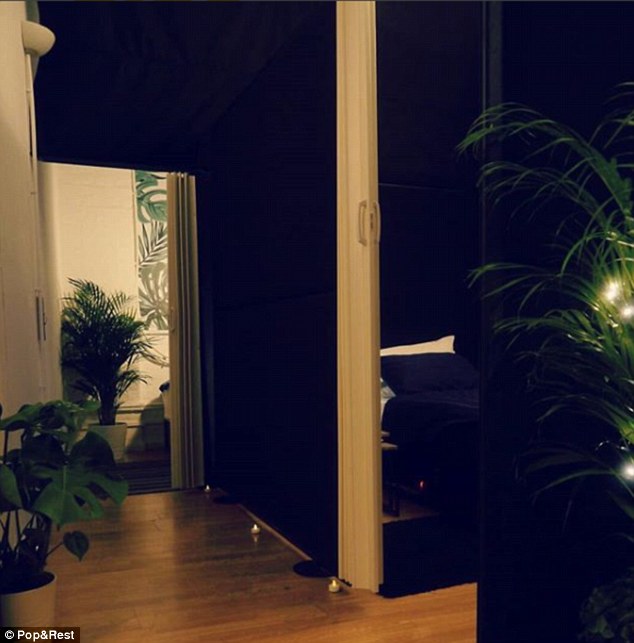 Daylight robbery or a sleep revolution? Others on Twitter queried whether you might actually be able to nod off in such a short space of time

And plenty of others agreed with him.

@KevBeirne suggested knowing you’ve paid for it might stop you dropping off: ‘As if you could fall asleep within an hour while dealing with the anxiety of knowing you’d just paid £18 an hour for it.’

@DnDDurin joked: ‘I got a park bench that’ll do you a hell of a deal mate…’ while @howlieT jested: ‘Don’t these people know the joy of falling asleep on a bus?’