Twitter users astounded to learn what a Club sandwich stands for

Twitter users are astounded to learn what the letters in the Club sandwich’s name stand for – but is all as it seems?

It’s a sandwich that’s on almost every cafe menu – but few know how the Club sandwich acquired its name.

Now Twitter users have worked out that the letters of the famous lunchtime treat stand for ‘chicken, lettuce under bacon’ after the ingredients of the iconic sandwich, which can also be made with turkey.

While the sandwich itself was in fact most likely named after the New York club at which it was invented, the discovery of the coincidence has amazed people on social media. 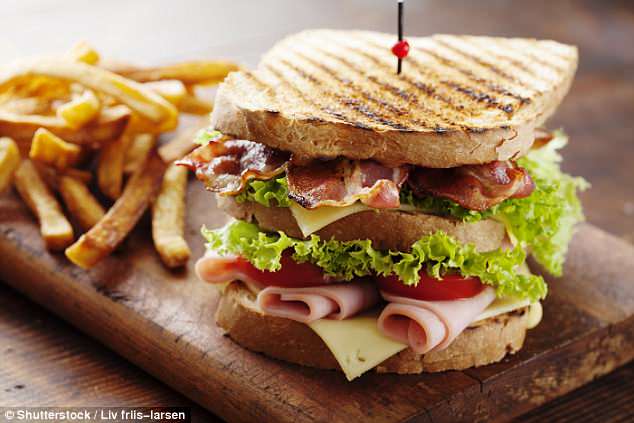 A Club sandwich is typically made with slices of turkey or chicken, bacon, lettuce and tomato, sandwiched between toasted bread that’s held together with a cocktail stick – but it can also include cheese too

These Twitter users were the first to point out the coincidence that means that Club stands for ‘chicken, lettuce under bacon’

The revelation went viral after Twitter users Will Taylor, a coach for London Welsh rugby club, and blogger LesBeMums pointed out that a Club sandwich’s name can stand for the ingredients in the filling, and the way in which they are layered up.

LesBeMums wrote: ‘As if I’m 30 and have only just found out that the word CLUB in ‘Club Sandwich’ stands for Chicken, Lettuce Under Bacon. No way.’

While it is most likely the name originated in a different way, the coincidence has still left Twitter users amazed.

One wrote: ‘My mind has officially been blown. And I’m going to be 40 this year!’ 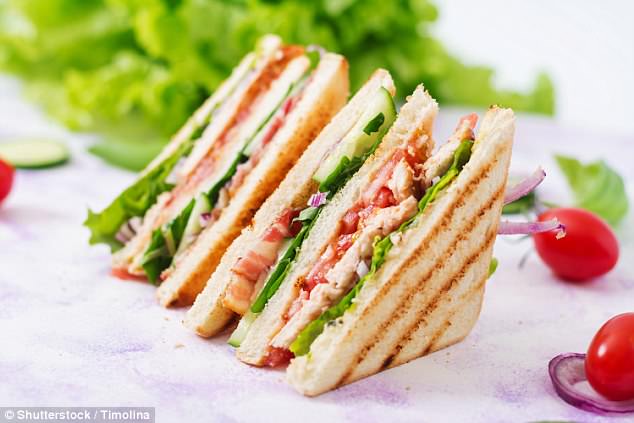 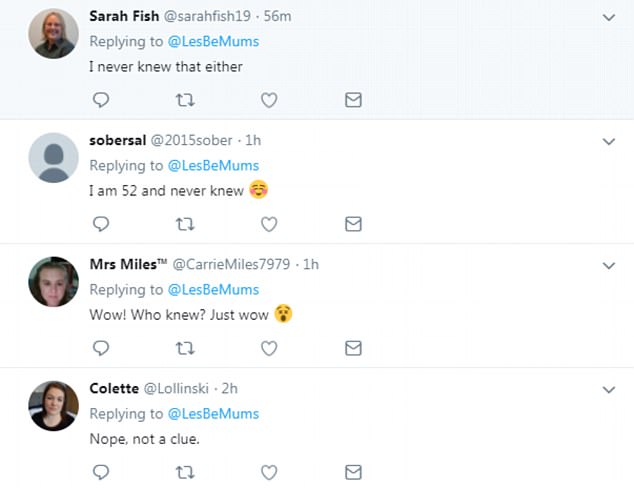 Another said: ‘I fear life will never be the same again.’

While an astonishing coincidence, the most popular theory is that the Club sandwich was named after the New York clubhouse where it was invented.

It first appeared on a menu in 1894 at the gentlemen-only gambling club Saratoga Club-House in Saratoga Springs, New York.

The club is also said to be where potato chips, or crisps, were first invented.

However it has never been confirmed how the Club sandwich was first created, with many legends circulating.

The sandwich is typically made with chicken or turkey, fried bacon, lettuce tomato and mayonnaise, sandwiched between bread that is often toasted and held together with cocktail sticks.