Twitter users confess how they got revenge in a shocking thread

‘I sold everything he loved on eBay’: People reveal the VERY creative ways they got their own back after being wronged in shocking Twitter confessions

Sometimes moving on from a bad encounter is easier said than done, as proven by these people who couldn’t resist giving their foes a taste of their own medicine.

Rattled social media users from around the world have been sharing the creative ways they exacted vengeance on people who wronged them under the hashtag #HowITookRevenge on Twitter.

Shockingly, some confessed to tampering with the food and drink of their adversaries in a fit of anger.

In one instance a woman sewed prawns to a man’s curtains to send other women running from the seafood stench of his room.

Another person decided to replace their friend’s whiskey with urine after he slept with his girlfriend. 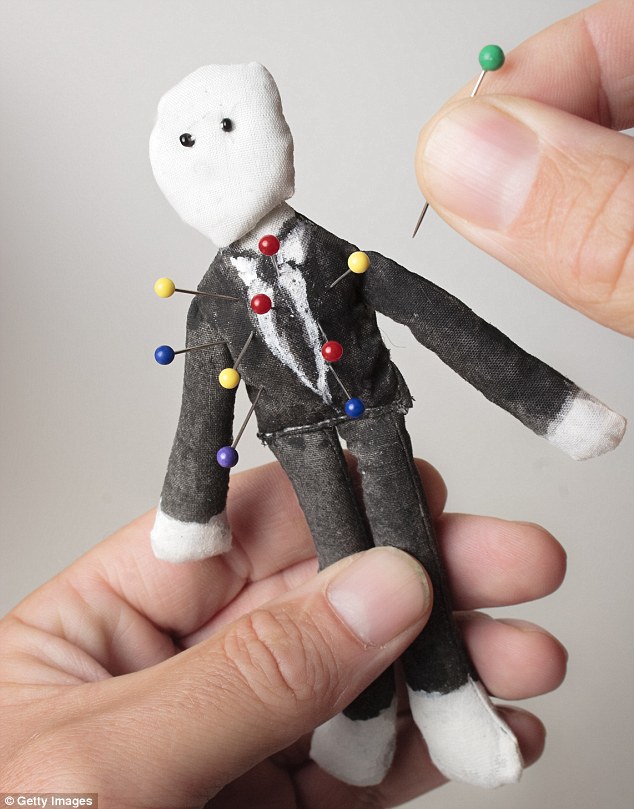 Writing under the handle @saga_says, one woman confessed to licking each and every one of her grandmother’s chocolates as a child.

She explained: ‘When I was a kid my grandma had these expensive chocolates you have to ‘earn’ very rarely I – or my mum did!

‘That really bugged me so I ended up sneaking in and licked on every single chocolate. Revenge has never been as sweet as when I was 4 years old.’

Another confessed: ‘I ate the last biscuit even though I didn’t like it because I knew you did.’ 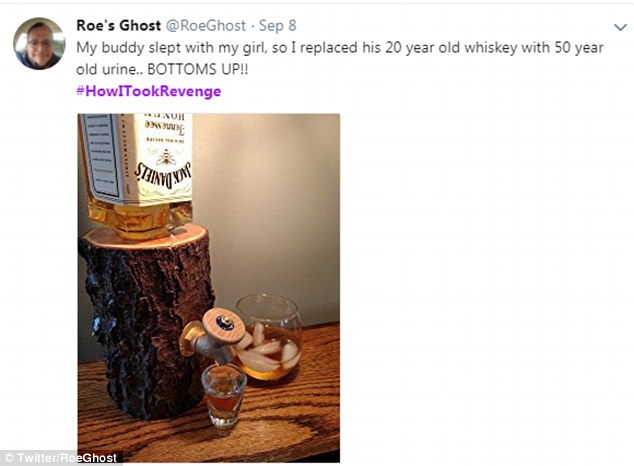 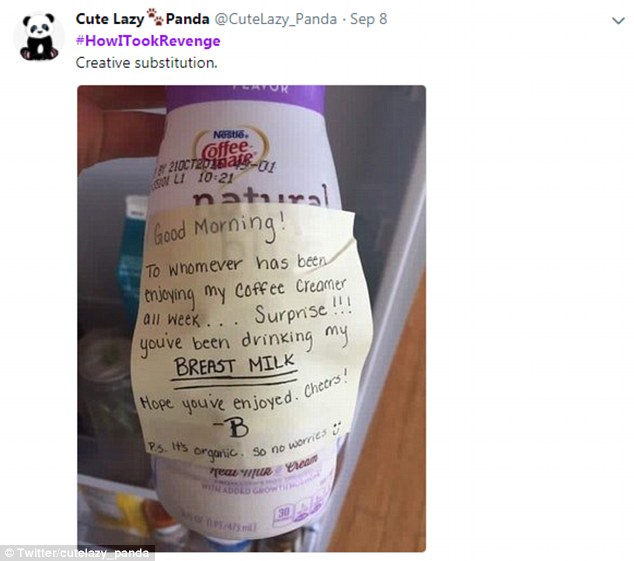 Others claimed disturbing the peace of those who had upset them was the best revenge they had gotten away with, while many chose to sell anything of importance to the person.

One person said: ‘#HowITookRevenge I sold everything he loved on ebay.’

Speaking under the handle ‘Kittlekaresless’, a Twitter user confessed to signing up her victim up to early morning visits from Jehovah’s Witness.

She said: ‘I signed them up for Jehovah’s Witness visits – preferred time 7am Saturdays #HowITookRevenge’

Others disturbed the peace of the person who annoyed them to give a taste of their own medicine, writing on Twitter under the hashtag #HowITookRevenge

Others disturbed the peace of the person who annoyed them to give a taste of their own medicine.

A number of Twitter users prided themselves in using public humiliation as an opportunity for revenge.

One person claimed they were able to get their husband to buy a new dryer by putting his wet clothes onto his motorcyle.

She said: ‘Once hubby came home with a racing motorcycle Honda CR250 and we were young and poor- dryer didn’t work – I took all his wet clothes and put them all over that motorcycle and told him they could ride around property and dry themselves (had a dryer in 30 min) #HowITookRevenge.’

Another wrote: ‘I sent your boss a bunch of your nudes… You are either screwed or gonna get a promotion… #HowITookRevenge.’

A number of Twitter users sought public humiliation as the best form of revenge – from getting the person who wronged them fired to crashing weddings, writing on Twitter under the hashtag #HowITookRevenge