Ann O’Neill survived the murder of her two children 24 years ago. Her estranged husband broke into her home, killed the children in front of her, shot her and killed himself.

But she is still alive and tells herself this every day, to remind herself, to keep going, to honour her children: “We don't waste the one thing we really wanted for them – and that is life.” 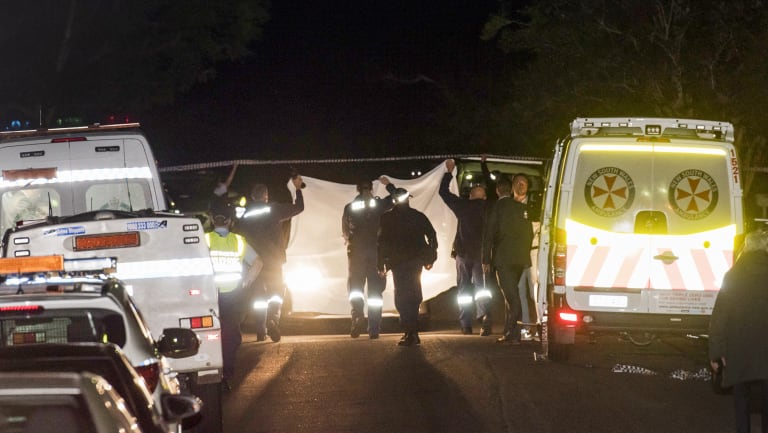 The scene where two children were shot dead.

That is life. That’s what made sense to her, to help her keep going.

O’Neill, who lives in Western Australia, heard the news about the Sydney shooting deaths just before she went to sleep.

A young mother came home to her rented house in West Pennant Hills on Thursday to discover her two teenage children had been killed. Their father’s body was found on Friday morning in the family home in Normanhurst.

The young mother, no longer a mother, always a mother, became another invisible statistic. She’s alive, at least breathing, but becomes another woman affected by family violence. She’s not on any lists. She’s not even in hospital. But the hurt and damage will continue forever.

O’Neill, now CEO of Angelhands, a trauma victim support group, the kind of group which was not available to her when her children were killed, says survivors go through the shock, the what if, the how, the what now.

“Nothing will ever make it make sense. You can’t put logic rational thinking to such an illogical rational behaviour,” she says.

After any family violence incident, the ripples spread. They spread into work and into schools. In some respects, the survivors are lucky if they end up in hospital. At least they will get real help there. Nurses, doctors, psychologists, physios. But without medical intervention, there is often no support, no assistance of any kind.

Years ago now, I wrote a story about the number of women who end up in hospital after an assault by a family member or carer. The number horrified me – every three hours a woman is admitted to hospital sustaining such an injury. But what horrified me more was what the experts said to me at the time. We know about these women, seven a day, but there are at least that number again who won’t go to hospital, who won’t tell.

Family violence doesn’t discriminate … It happens everywhere. And the secret survivors are everywhere too.

We don’t know yet what the set up was with this family although we do know that the mother and the children lived in a rental property in West Pennant Hills while the father stayed in the family home. And there’s surprise already – in the interviews with neighbours of the mother and children, they say how quiet the street is and what a lovely area it is.

But fatal family violence doesn’t really discriminate on the basis of wealth. Research in the Journal of Family Violence published earlier this year shows that although there were more fatal victims of violence against women in our most disadvantaged communities, a considerable number lived in middle-class parts of Australia.

Family violence doesn’t discriminate on the basis of wealth or age or background. It happens everywhere. And the secret survivors are everywhere too.

O’Neill, whose leg was amputated as a result of the gunshot wounds she sustained, says that survivors often say they don’t want to go on because it is so painful.

“That’s how it will be for a while.

We want that for them but we want to give up our own because it so painful and that is how it will be for a while.

“But I imagine I have one child on each shoulder. I am giving them the best possible life I can. That’s how I imagine it.”