Two women in a polyamorous relationship with the same man have told how they hope he gets them both pregnant at the same time, to avoid any jealousy in their ‘throuple’.

Lindsay Schoepf, 27, from Glendora, California, is in a relationship with married couple Brittney, 26, and Terry Stroup, 28, and the trio recently announced they are planning a ‘commitment ceremony’ to make their unconventional relationship official.

Speaking via video link on ITV’s Good Morning Britain on Friday, they explained how they were navigating starting a family in a three-way relationship.

Brittney said: ‘Ideally we [Lindsay and I] would get pregnant at the same time, but there is definite concern due to the fact that neither one of us has natural children.

‘That is something that we are dealing with through communication and setting boundaries for one another,’ she said, explaining that the trio has ‘had the conversation’ about starting a family. 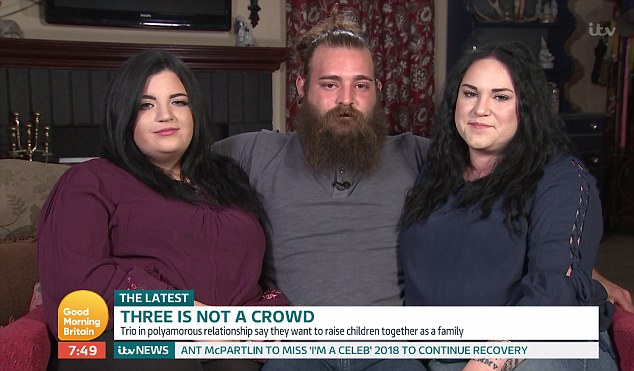 Lindsay Schoepf (left), 27, from Glendora, California , is in a relationship with married couple Brittney, 26, and Terry Stroup, 28, they appeared via live video link from California on Good Morning Britain

The trio all claim jealousy is a ‘non issue’, and explained on the daytime programme that their relationship naturally works because they are all such close friends.

Lindsay grew up in the same California town as husband and wife Brittney and Terry – with Brittney being her best friend and Terry a fleeting high-school romance.

They reconnected when Lindsay moved back to California in her 20s following a stint in Arizone, and moved in with the couple. Feelings then started to blossom between Brittney, Terry and their friend.

Brittney and Terry started dating in high school and were married soon after they left – but when Lindsay moved in as a roommate in 2016, it evolved into a three way relationship.

The throuple said communication was incredibly important between them and when quizzed by presenter Ranvir Singh about who jealousy, insisted there is none.

Brittney said: ‘The reason I might not be jealous is because it was my idea. I was the one to bring it up, I questioned if this was something people do and then once we developed the feelings I was the one who brought it up and then did the research.’

The triad are planning to cement their three-way relationship with a commitment ceremony similar to a marriage – and they plan to raise their future children together as part of their ‘new-nuclear’ family. 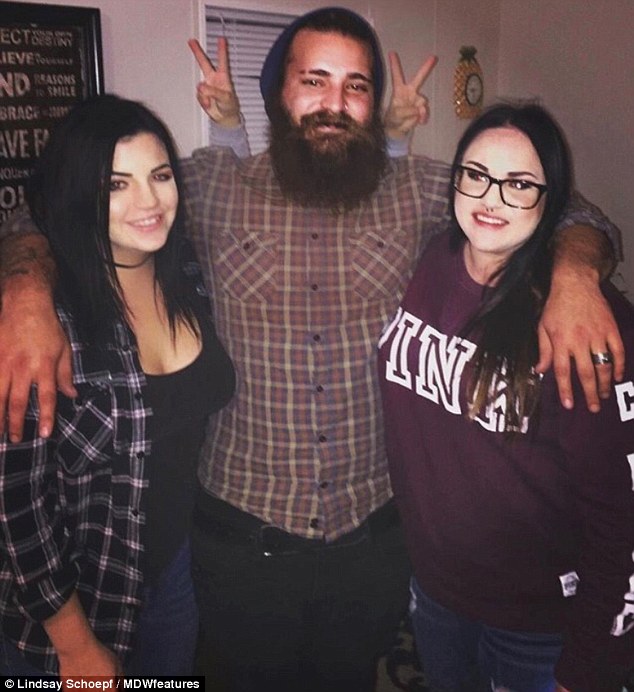 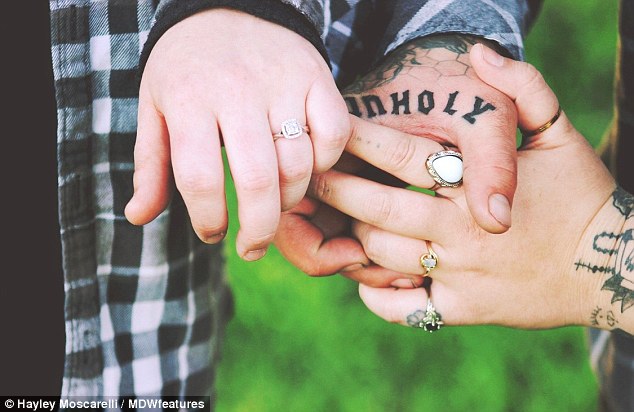 Brittney and Terry proposed to Lindsay on their own first wedding anniversary.

Lindsay said on the programme that when Lindsay moved in with the couple, things had progressed naturally.

‘I think we were all developing our feelings at the same time. When you do something like that you don’t bring it up and you don’t tell your partner, you’re curious about it and then we all realised at the same moment, and we were kind of shocked by it.’ 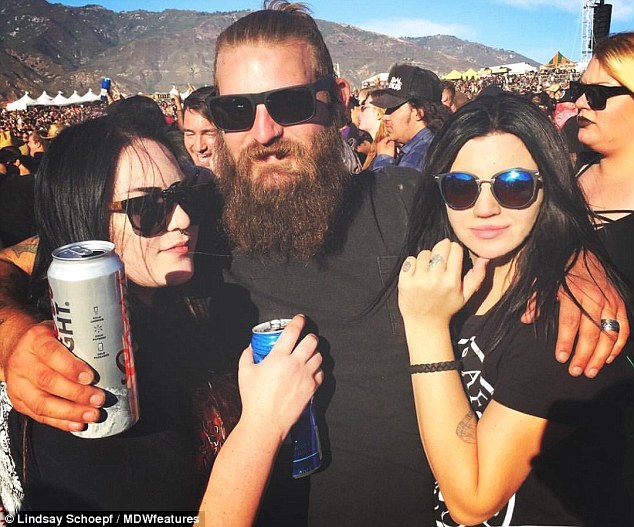 She added: ‘I would say that it was physical first. Not between just two, but among the three of us. It was pretty instant realisation after the first couple of days.’

The triad had never heard of polyamory until their relationship started to develop, and then Brittney and Terry educated Lindsay about it.

Having known each other for 12 years, Lindsay, Brittney and Terry have now been together romantically for two years now and most of their respective family members are approving of their triad relationship.

Men often congratulate Terry in the street with questions and the occasional high five, he has said. 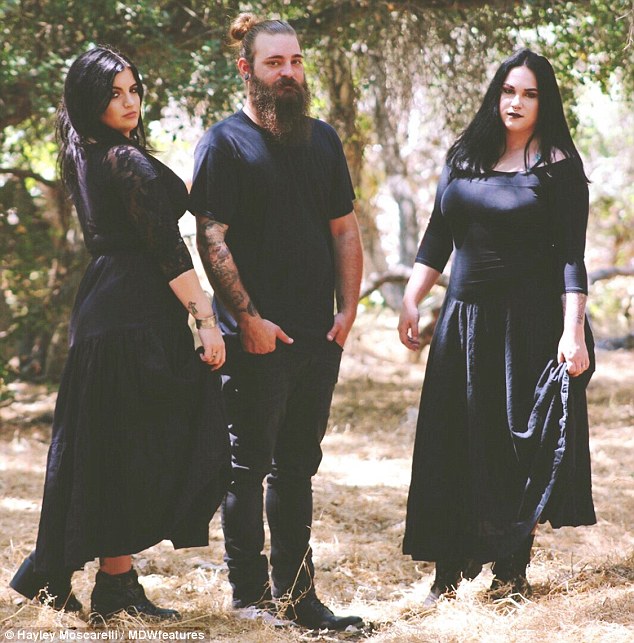 Lindsay (left), Terry (centre) and Brittney (right) organised a photoshoot in the woods with them all wearing all-black to show off their blossoming three-way relationship

The three have matching tattoos that represent their love for each other, one is a triangle to symbolise their triad and the other is a moth that symbolises how their relationship was a flame worth getting burned for.

Asked what each person brings to the relationship, Brittney explained that she had a a close bond with Lindsay.

‘She is someone who helps balance the relationship, it’s a lot of [the] best of both worlds.

‘Certain things that maybe Terry is interested in and maybe I’m not, that is something that they bond over and I get a friendship. Not that Terry and I aren’t friends but they are, but I get a feminine friendship with Lindsay.’

Lindsay said: ‘Britney brings structure and the iron fist – she is the one that makes you get up and do stuff, Terry is the weakness, where I will just lay in bed all day and he says it’s fine.

‘That is the biggest difference she is the strong arm and he isn’t.’

Good Morning Britain airs weekdays on ITV from 6am