Rapper Tyga has been accused of alleged domestic violence by his ex-girlfriend, Camaryn Swanson.

Per TMZ, who first reported the news, Swanson allegedly showed up at Tyga’s home at 3 a.m. Monday. The outlet quotes a source close to the rapper who claimed Swanson arrived against the rapper’s wishes, was seemingly intoxicated and was shouting on his doorstep, at which point he let her inside to talk. 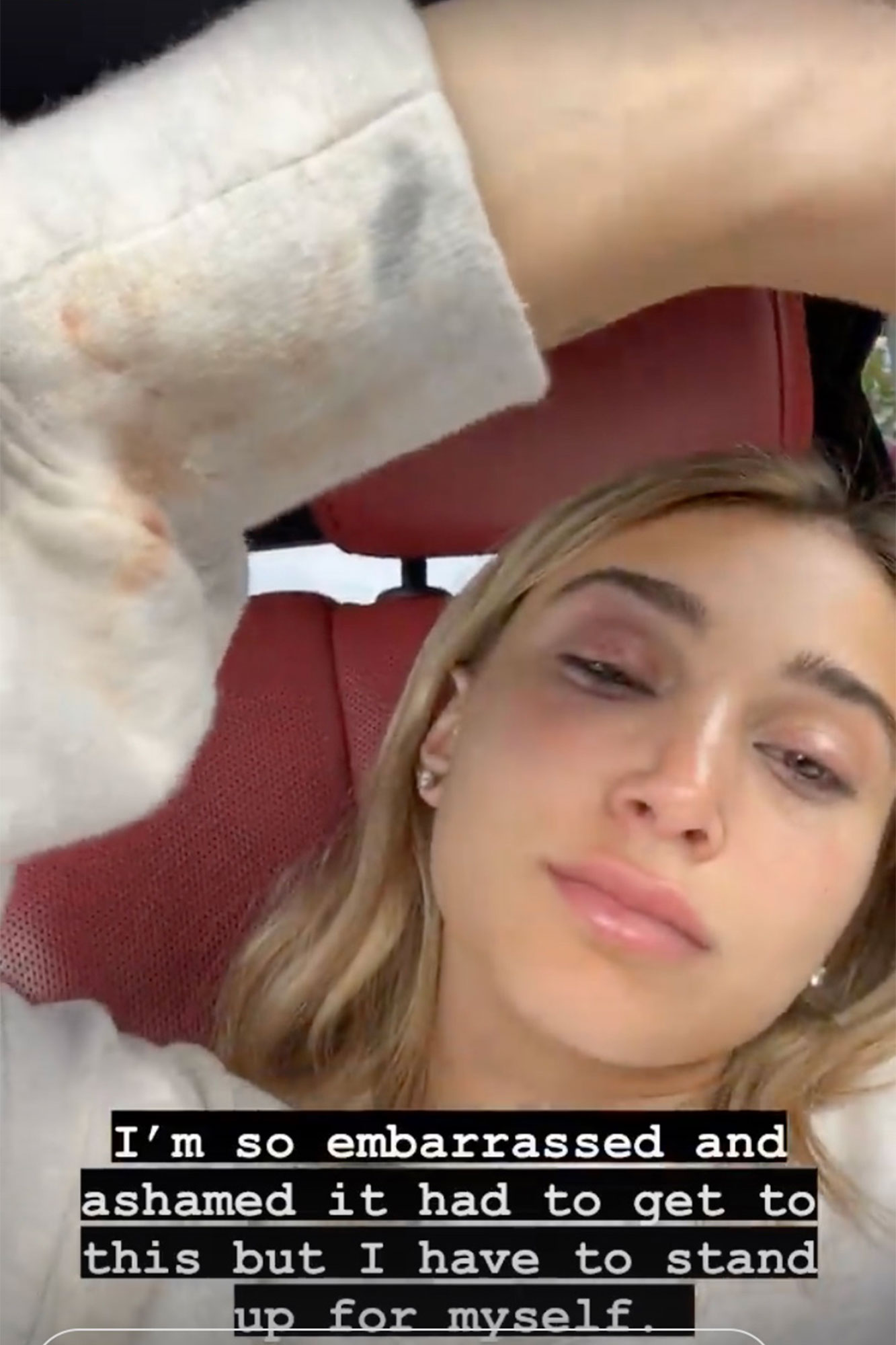 Swanson alleged to police that Tyga got physical with her at some point, and she was picked up from his house by her mother, reporting the incident to the LAPD afterward, who saw “visible marks” on her and took a report for felony domestic violence. 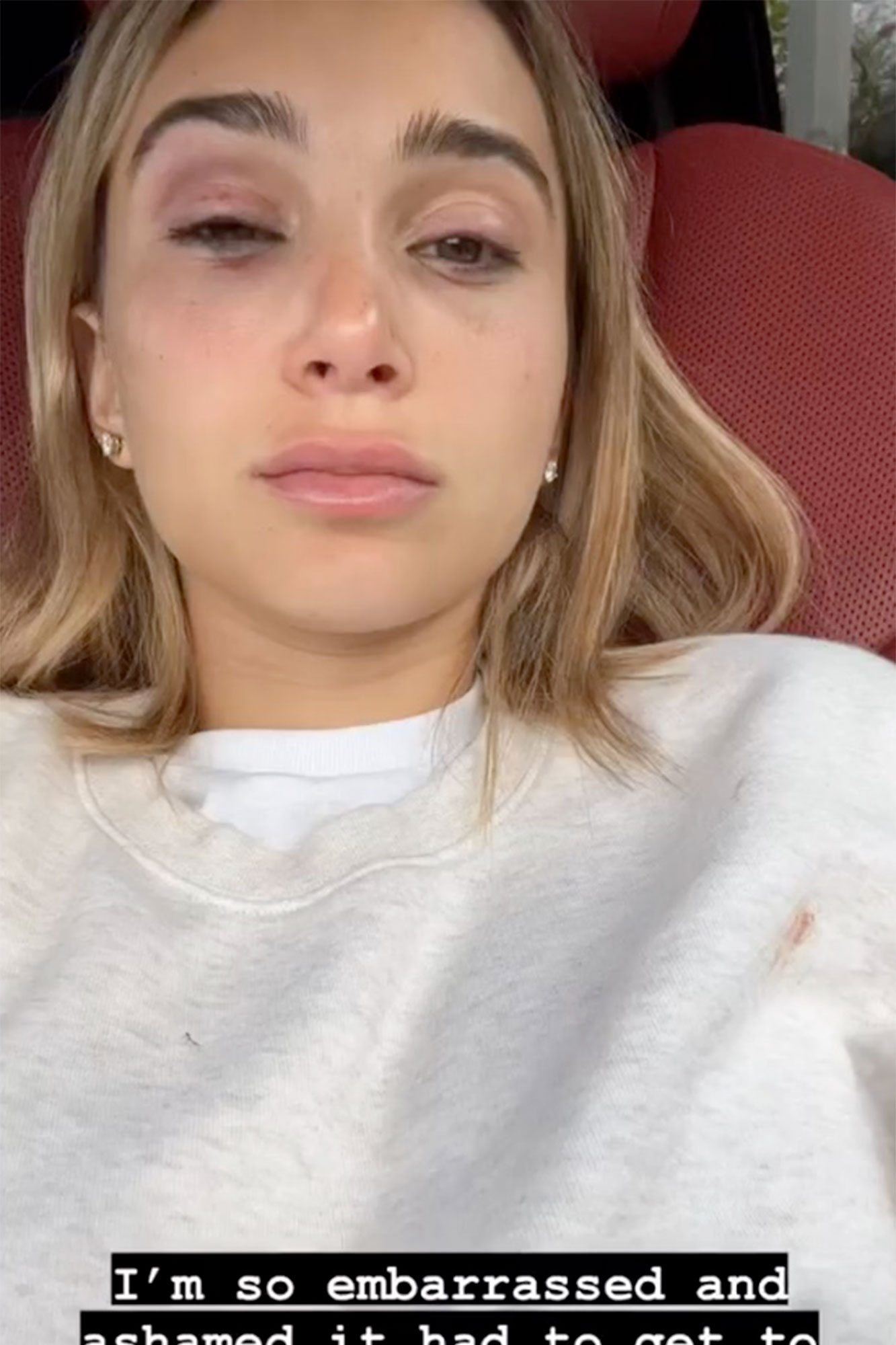 Tyga has not been arrested, and would not speak with police Monday morning, but instead will speak with them Tuesday at the station, TMZ claims. 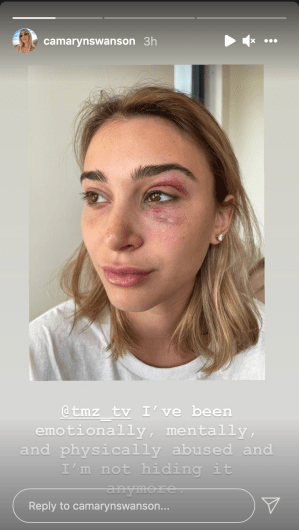 Meanwhile, Swanson posted pictures of her alleged injuries to social media, along with text messages claiming to prove Tyga, in fact, sent a car to pick her up Monday night, contradicting the “Rack City” rapper source’s version of events. 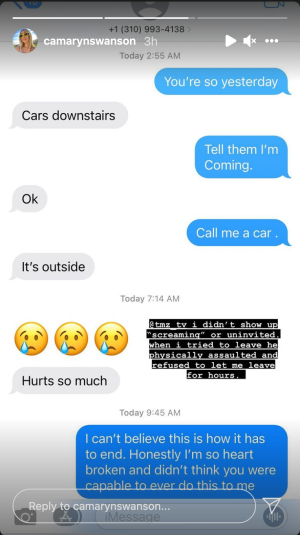 “I’m so embarrassed and ashamed it had to get to this but I have to stand up for myself,” Swanson, 22, wrote alongside the images.

It’s not known when Tyga, 31, and Swanson broke up. The pair went Instagram official in the spring and by July, Swanson had been photographed twice with a large ring on her left hand.

The rapper was famously linked to Kylie Jenner off and on for two or so years until they split for good in early 2017.

Emails to Tyga’s team Monday were not immediately returned.