They were all out of horse power! Trainer sets up a SPA for her tired ponies in her back garden – complete with cucumber eye masks, massages and even a HOT TUB

A woman who wanted to give her ponies a treat after struggling to do their normal training in the heatwave set up the UK’s very first ‘horse spa’.

Emma Massingale, 35, a professional horse trainer, decided to set up the spa in the back garden of her Devon home, treating her horses Albert and Ernie to face masks, hot stone massages, mane blow dries and even a dip in a jacuzzi.

The pampered ponies were ready to put their best hooves forward following the session where they also had their hooves painted with animal friendly clear nail varnish.

Hilarious footage shows the ponies enjoying a mud mask and clay mask, complete with cooling cucumbers for their eyes, as well as a curl and set blow dry. 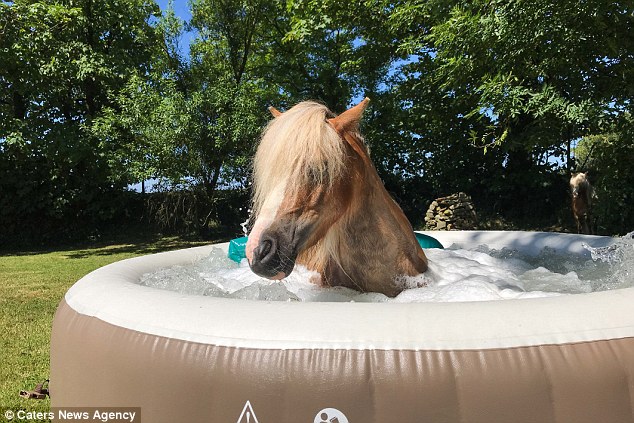 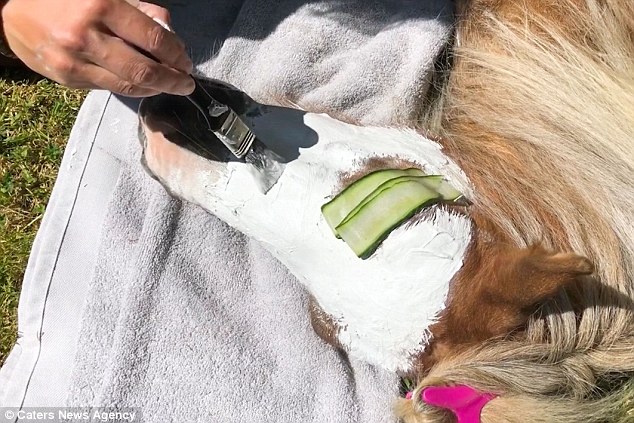 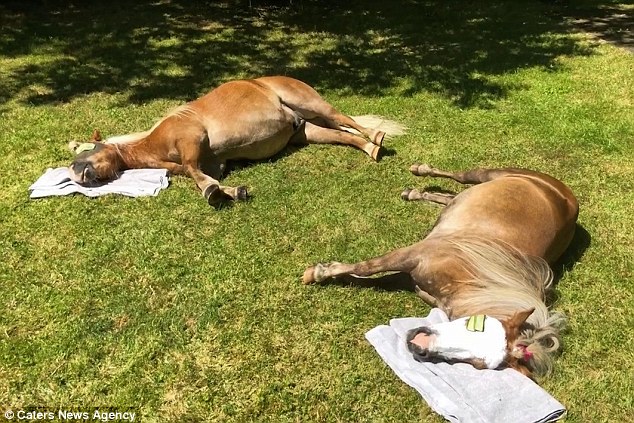 Pampered ponies, Albert and Ernie, were ready to put their best hooves forward following the session

Albert and Ernie clearly enjoyed the rest and relaxation and remarkably can be seen standing and lying perfectly still during their treatments in this funny video, shot by Emma.

Emma, from Holsworthy, North Devon, said: ‘The weather has been so hot for them recently and I haven’t been able to do their normal training so I thought, what can I do with them that they will enjoy.

‘That’s when I came up with the spa idea. They were absolutely loving it.

‘I gave Ernie a clay mask and Albert a mud mask, horses love rolling around in mud so it was just an extension of that really.

‘Although I did have to cut the cucumbers lengthways, so they were big enough for their eyes. 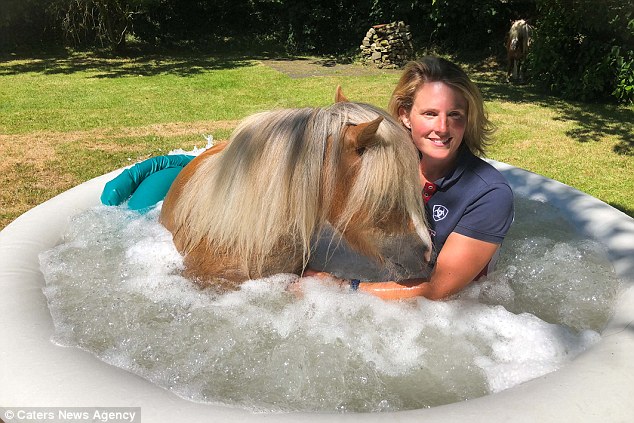 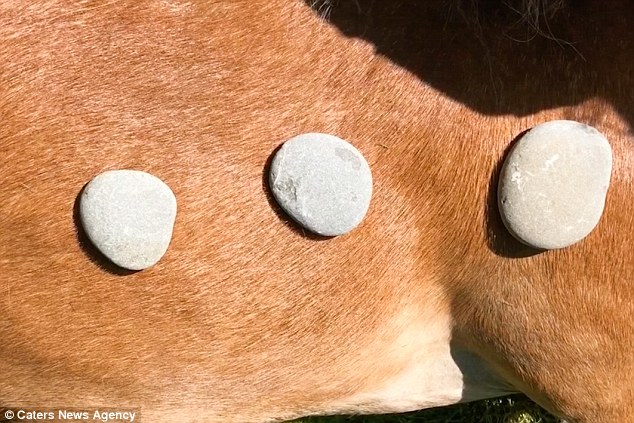 The horses also enjoyed a hot stone massage, Emma said she heated them in the sun before placing them on their flank

‘I left the stones out in the sun to warm them up and they just lay there for ages enjoying it.

‘Funnily enough the curlers did actually leave a nice wave in their manes too.

‘A few people have asked how you get a horse into a hot tub, but I just asked Ernie to jump in and he did.

‘The only problem was he enjoyed it so much he wouldn’t get out. I had to just get in there with him in the end.’ 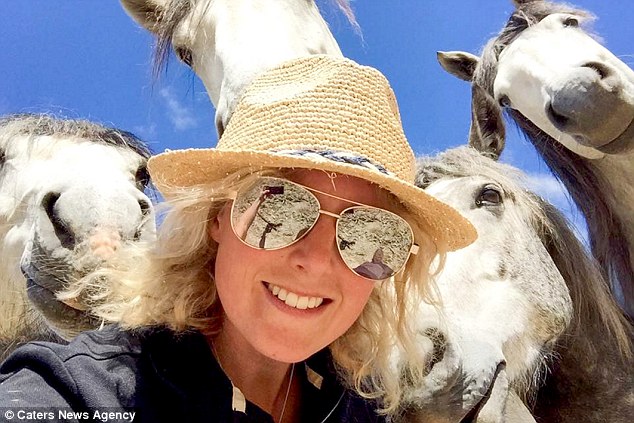 Emma also works with troubled horses and is the first British person to have developed a language that is so well understood by horses that she can communicate with herds at any time and can carry out complex exercises and manoeuvres working as a team.

She added: ‘Any time spent with an animal interacting like that and doing something they enjoy is beneficial.

‘It’s all about building relationships and they loved every second.

‘I have had horses all my life, my godmother gave me my first pony at six months old, a welsh mountain pony called Minnie.

‘Like many young girls I started riding before I could walk.’