US supermarket’s display of ‘United Kingdom favourites’ made up of shortbread, Bounty bars and VODKA is mocked online by baffled Brits

A snap of traditional treats from the United Kingdom on display in an American supermarket has left baffled Brits in stitches.

The image, which was shared on Reddit, shows Union flag-emblazoned products sold under a ‘United Kingdom favorites’ banner.

But British people have questioned the contents of the display, which was largely made up of shortbread biscuits, vodka, and giant chocolate bars.

It prompted one Reddit user to question the retailer’s interpretation of UK-inspired foods with the sarcastic retort: ‘We sure do love alcohol and shortbread – a glorious representation of the UK.’ 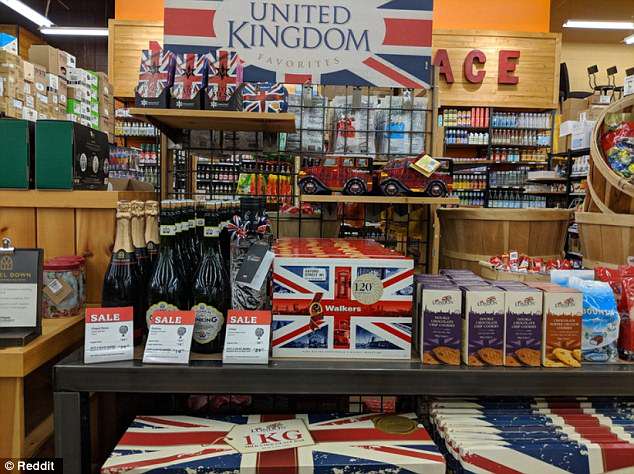 It was shared by Redditor Emailrob, who appears to be a British man living in the US.

He had spotted the display in World Market, a local department store in California.

He wrote: ‘This is what I have to deal with.’

Also on display were packs of chocolate Munchies, bags of Bounty bars and shortbread biscuits in boxes shaped like cars.

The display has been mercilessly mocked by British Reddit users, who sarcastically joked that it was a ‘glorious representation of the UK’

The photo left UK-based Redditors scratching their heads, apparently unconvinced by the authenticity of the display.

One joked: ‘We sure do love alcohol and shortbread. F***ing glorious representation of the UK.’

‘I always start my day with 1KG of official UK chocolate,’ another remarked.

A third said: ‘The only product I recognise is Bounty. Is that the best we’ve got? Really?’

The post is similar to one shared on Reddit earlier this month in which a holidaymaker in Denmark spotted a British foods section in the world foods aisle. 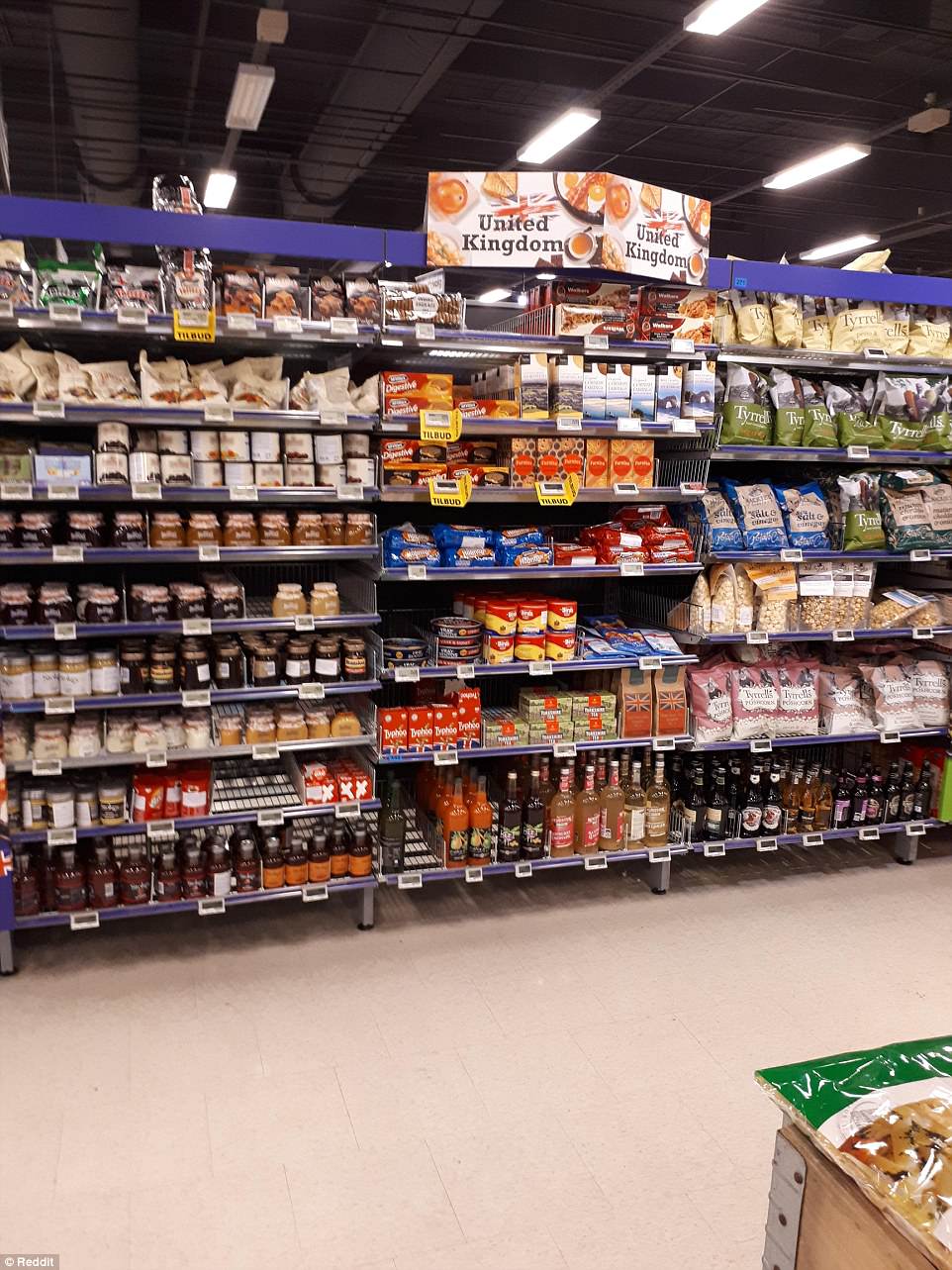 The food was placed in the ‘United Kingdom’ section in the supermarket, with a sign adorned with photos of a full English breakfasts and the Union Flag.

The photo caused a stir on the Casual UK message board, with users expressing both pride and shame in Britain’s culinary exports.

One person said: ‘When i see pictures of uk aisle in foreign supermarkets i understand why people judge our cuisine [sic].’