,” the 57-year-old Bravo star captioned a photo showing off her new diamond ring on Friday, April 26. She added the hashtags, “#engaged #happy #mylove.”

A source tells Us Weekly exclusively that Vicki is “so happy” about the engagement. “He got all of her kids’ and his kids’ blessings before he did it,” the source explains, noting that she was “shocked” when he got down to one knee.

“He made her a romantic meal at home and then popped the question on Monday night,” the source adds. 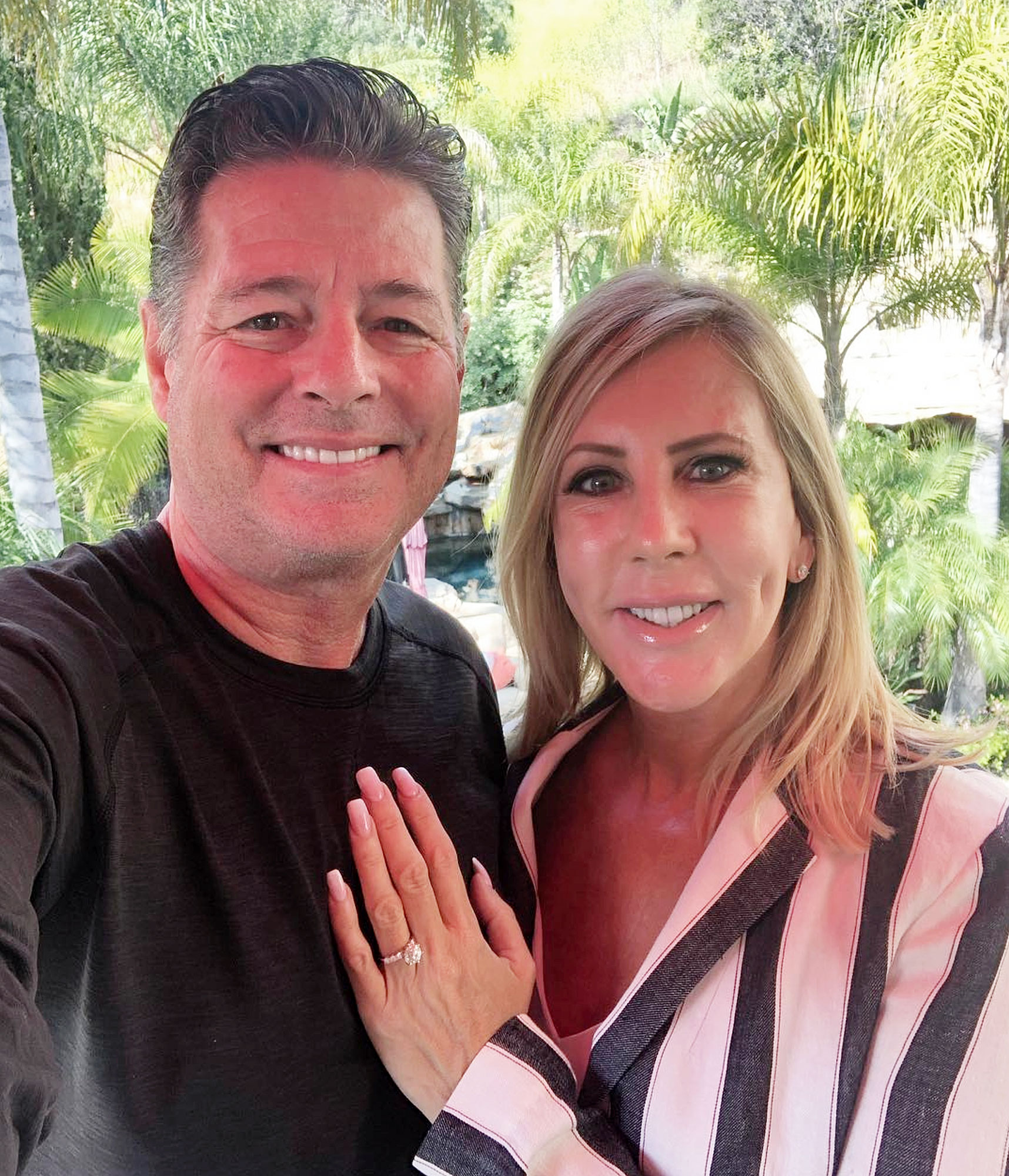 Steve shared the same photo as Vicki on Friday, gushing. “She said yes,” alongside the hashtags, “#blessedday #engaged #happywifehappylife.

Vicki and Steve started dating in April 2016. After a year and a half together, the Coto Insurance founder knew she was ready to tie the knot again.

“I am so ready for marriage, I’m a marriage girl,” Vicki gushed to Us in December 2017. “I told him from the very beginning, if you don’t want to get married, then don’t waste your time with me because I love being married, there’s no ring on right now, but we’re taking it slow and have a great relationship, that’s the most important thing for me, is making sure it’s a solid relationship.”

Vicki’s RHOC costars — past and present — were quick to congratulate the couple on their engagement.

Executive producer Andy Cohen even weighed in, writing, “And the OG of the OC lived happily ever after…..

She was previously married to Michael J Wolfsmith, with whom she shares daughter Briana and son Michael, from 1982 to 1991, and Donn Gunvalson from 1994 to 2014.