Victorian businesses, charities and primary producers affected by the flood crisis will be able to tap into a new $877 million relief package jointly funded by the federal and Victorian governments.

Prime Minister Anthony Albanese and Premier Daniel Andrews have announced millions more in grants to help businesses and communities rebuild and replace items damaged in the devastating floods, which are still threatening parts of the state. 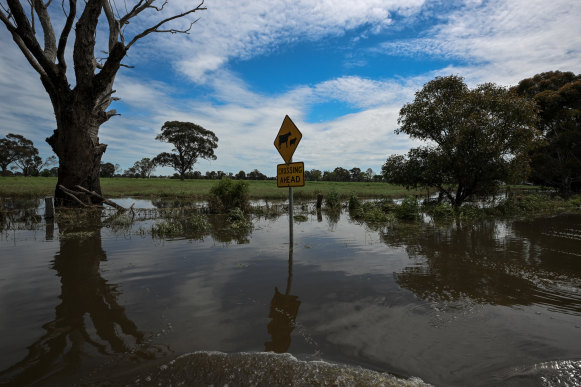 Victoria has been devastated by floods over the past month.Credit:Eddie Jim

Businesses and not-for-profit organisations can receive up to $50,000 in grants, while $200,000 grants would be available to medium and large businesses directly impacted by the floods.

In a statement, Andrews said: “We’re making sure flood-affected business owners and communities have the support they need to rebuild and return to trade as quickly and safely as possible.”

Primary producers and rural landholders will also be eligible for grants of up to $75,000. This is on top of concessional loans of up to $250,000 announced last week.

“Given the importance of regional Victoria to our nation’s food production, it’s great to see the Albanese and Andrews governments’ coming together to support farmers, as well as small businesses, get back on their feet,” federal Minister for Emergency Management Murray Watt said.

However, any grant already received through the existing $5000 small business relief package or the $10,000 primary producer package would be included in the maximum relief available.

Sports and recreational clubs are also eligible for $5000 payments under the new relief package.

More than $20 million will go towards businesses helping with logistics and seeking mental health support.

Medium-sized business owners such as Richard Noble, whose West Melbourne computer business was devastated by floodwater from the Maribyrnong River, had previously criticised the government for a lack of support.

The federal and Victorian governments had already announced joint funding for clearing people’s properties of hazards at no cost, as well as emergency re-establishment payments.

Visit the Victorian government website for more information or contact the Flood Recovery Hotline for help on 1800 560 760. Information on the Australian government’s disaster assistance is online.