‘That has broken me’: Reported Missing viewers are left in tears after a pensioner is found dead in a field days after getting off at the wrong bus stop

A documentary following the final steps of a missing 77-year-old woman who was found dead after getting off at the wrong bus stop has left viewers in tears.

Jean Lloyd’s story unfolded in Monday night’s Reported Missing, detailing the agonising wait her son Edward endured before he learned the tragic news that his elderly mother had died alone in a field.

A missing persons search was launched in April after the pensioner, who lived in Thornton Hough, Merseyside, with Edward, took a bus to a doctor’s appointment for the first time in 15 years, as her son’s disability meant he was no longer able to drive her.

A police rescue team was able to pinpoint her last reported location thanks to members of the public who had seen Jean, who suffered from schizophrenia, in the area, and additional CCTV footage.

But it wasn’t the happy ending viewers were hoping for, after Jean’s body was found in marshland near to a local military base – the place her late husband had once worked at during the early years of their life together.

‘Reported Missing has broken me,’ tweeted one viewer. 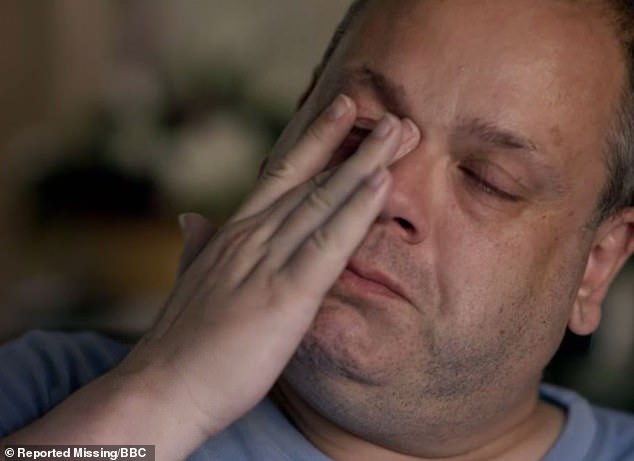 Jean Lloyd’s story unfolded in Monday night’s Reported Missing, detailing the agonising wait her son Edward, pictured, endured before he learned the tragic news that his elderly mother had died alone in a field 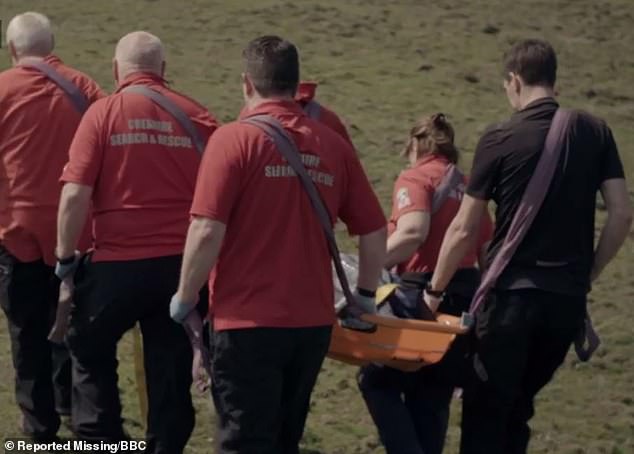 Cheshire Search and Rescue team, pictured, along with the police located Jean. The pensioner had wandered to marshland near a military base her late husband had worked at and unable to get home she had sat down. A documentary on the events aired on BBC One last night 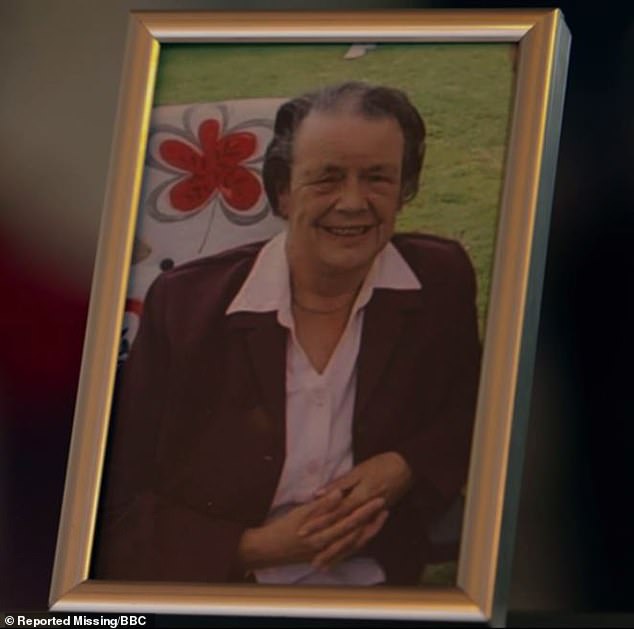 The 77-year-old pensioner had been missing for four days after she vanished on the way to a doctor’s appointment in a neighbouring town, it was a tragic ending as her story unfolded 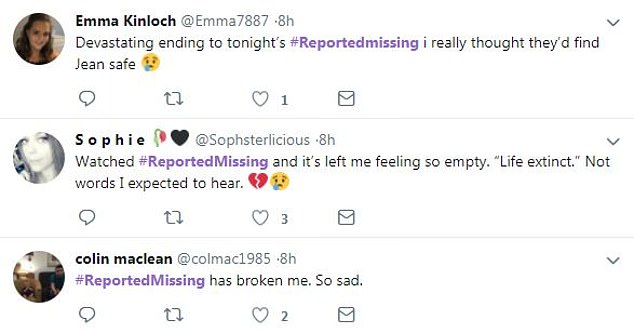 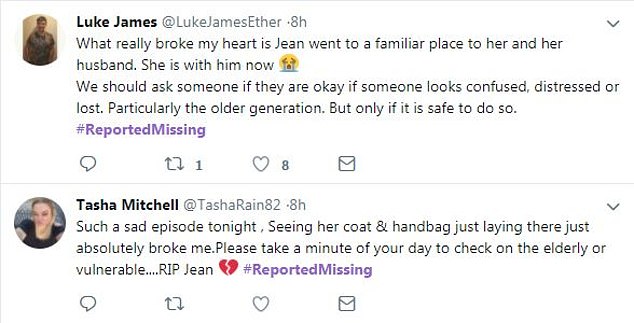 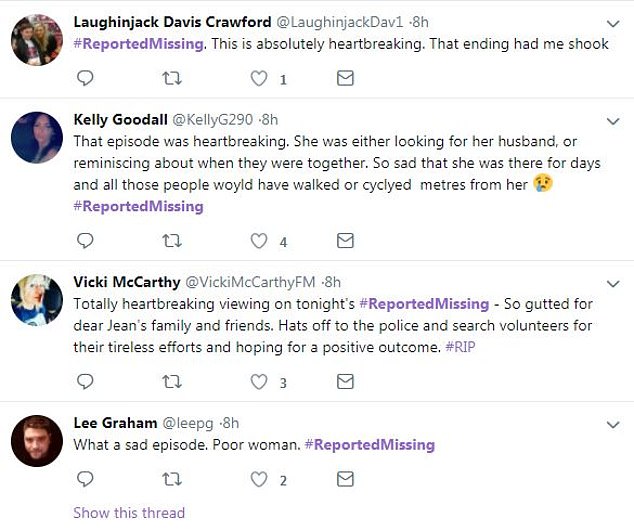 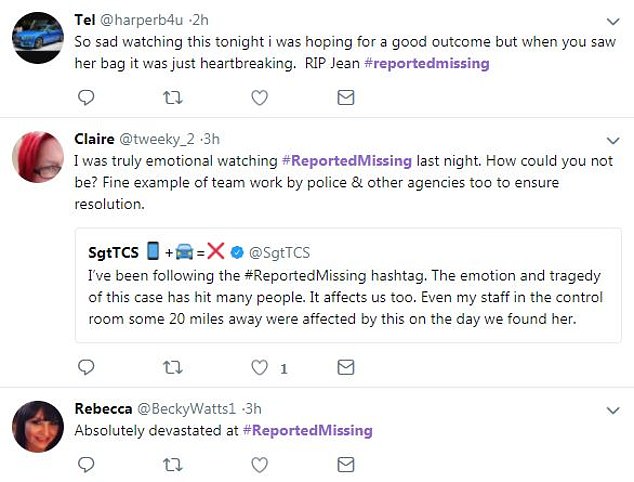 Viewers watching Reported Missing were left as devastated as Jean’s family when they learned the tragic turn of events, with many hoping that she would have been found safe and well

‘So sad watching this tonight I was hoping for a good outcome but when you saw her bag it was just heartbreaking. RIP Jean #reportedmissing,’ added another.

‘I’ve been thinking about #reportedmissing all night. I hope that Jean is at peace now she is back with her husband – from looking at the CCTV it looks like she knew exactly where she was going, bless her,’ said one emotional viewer.

Throughout the episode the police were seen mounting a huge search and rescue effort to find Jean, who they had deemed high risk after she failed to return home from a doctor’s appointment.

Edward explained that he’d told his mother to get off at the stop outside of the surgery but for an unknown reason she had disembarked from the bus a mile away.

Police Sergeant Lisa Wilson, who was leading the search, became increasingly concerned when it was discovered that Jean needed an anti-psychotic injection to manage her schizophrenia.

Her worried son explained to the cameras how he had first noticed a problem when his father was still alive, but since then the medication had helped keep the illness under control. 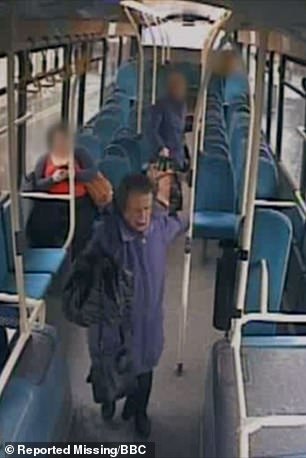 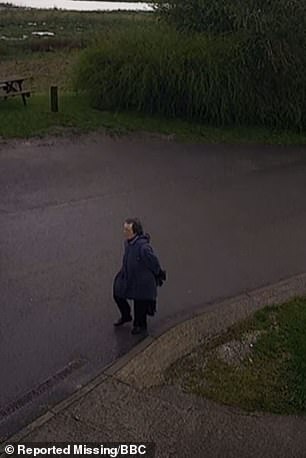 Jean had been seen on CCTV leaving a bus a few stops too early, left. Later she was spotted walking past a local pub on a path leading down to some marshland area, right, and an MOD base. Her story was told on Reported Missing on Monday night, leaving viewers in tears 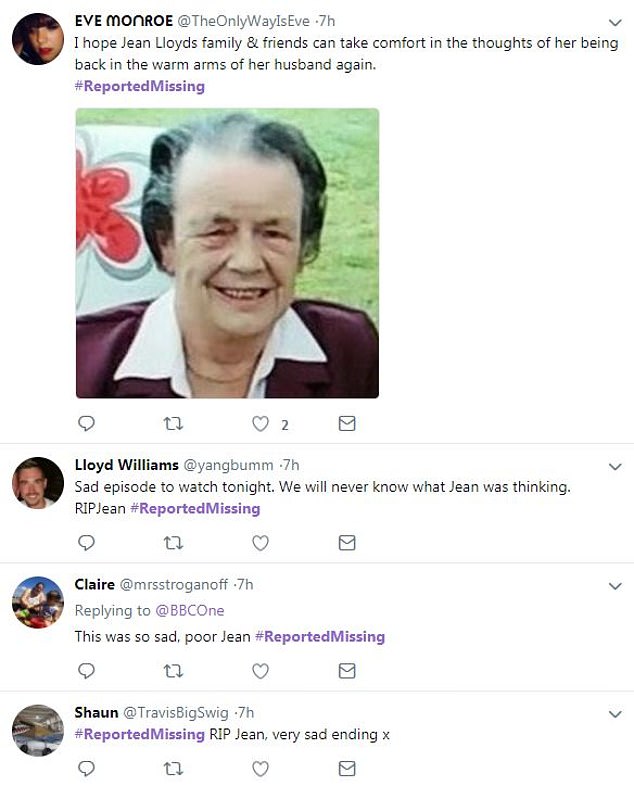 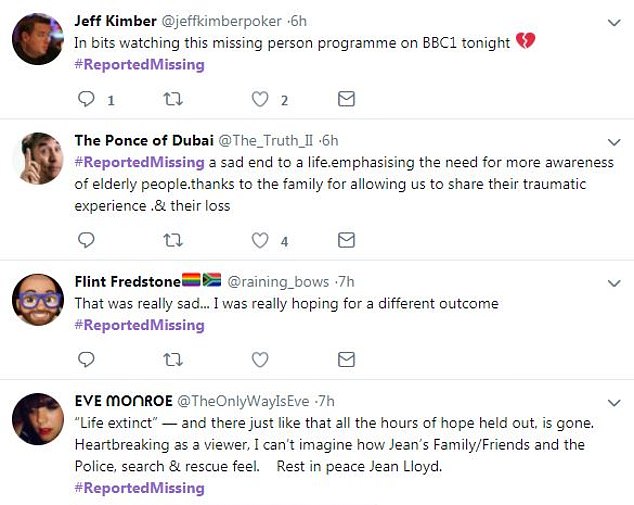 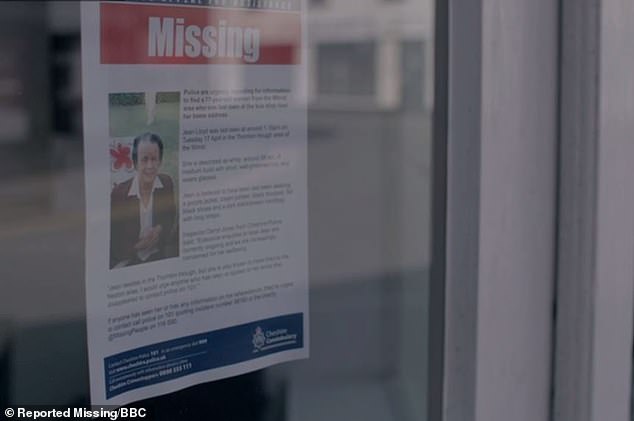 Missing persons posters had been put up around the area and local residents had helped the police expand the search. Members of the public had seen Jean but unfortunately she had not returned 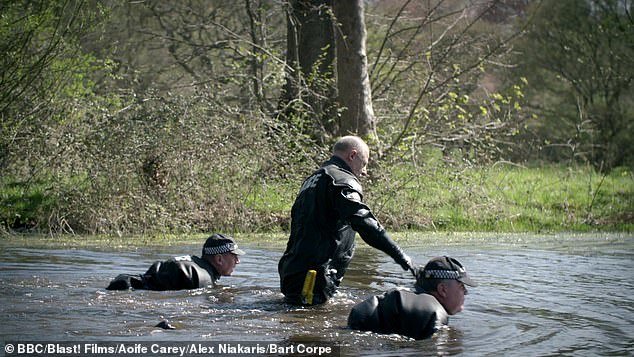 The Cheshire police had mounted a search, dredging ponds near to the area the pensioner had gone missing but returned nothing

Jean had been spotted walking around Neston, before it transpired she had journeyed further out of the town towards marshlands near to where her husband and his brother had once worked during the army.

She was caught on CCTV passing by local pub Harp Inn and continued up a route popular with cyclists.

Police search adviser Phil Meredith helped to coordinate team and deployed officers closer to her last known spot, after earlier searching ponds for any sign of her.

It was at this point that the team discovered Jean, and a devastated Edward shared what he believed had happened. 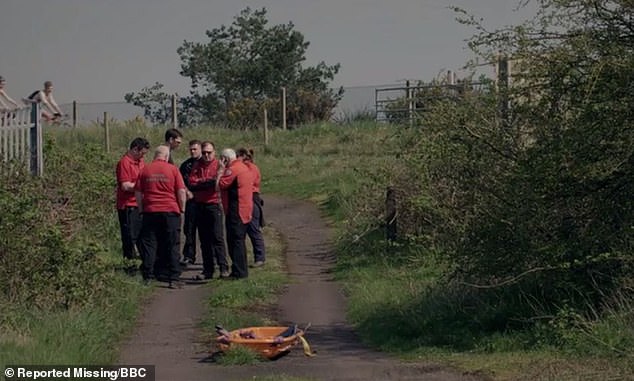 It was tragic news for Jean’s family as the search and rescue discovered her body in a field, she had sat down and taken her coat off and appeared to have ‘gone to sleep’ 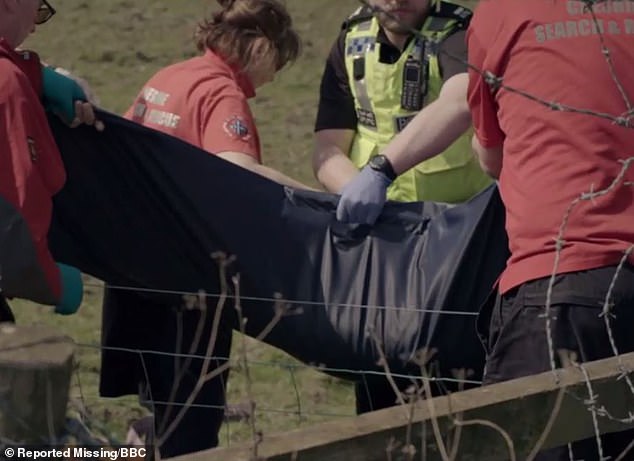 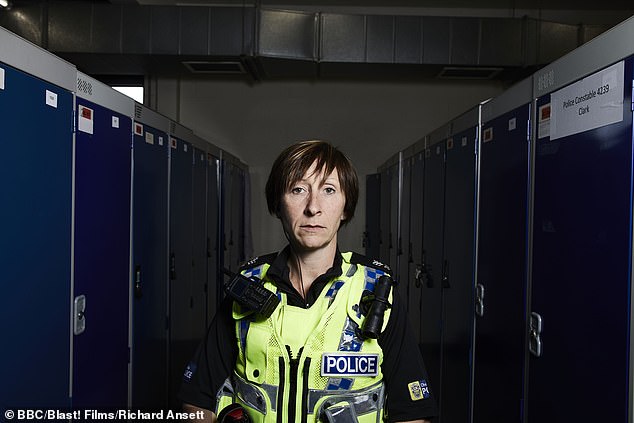 Sergeant Lisa Wilson who led the search for Jean said any outcome that isn’t the return of a loved one can be hard to deal with: ‘You don’t always get the outcome that you want, things don’t always end the way you would absolutely give your right arm for them to end’

‘She just got trapped somewhere and her automatic thought was handbag down, used as a pillow, coat off and curl up in a ball, coat over her and just went off to sleep and never woke up from it.’

He tearfully added about his beloved mother: ‘I prefer to remember her how she was, in the kitchen… Just baking, baking scones or fairy cakes.’

Sgt Wilson lamented: ‘You don’t always get the outcome that you want, things don’t always end the way you would absolutely give your right arm for them to end.

Reported Missing returns next Monday at 9pm on BBC One