The Sex and the City movies were a travesty for many reasons, but one of the most travestical* of moments involved Miranda (aka the only one of the four you would literally ever want to be) being shamed for her unkempt nethers. The four women are on Carrie’s honeymoon in Mexico (Mr Big having ditched her at the altar) when Miranda reveals what might just be the world’s worst merkin spilling out of her bathing suit. Her friends react with mockery and disgust, and go so far as to suggest that these stray pubes are perhaps the reason Miranda’s husband Steve has been caught cheating on her and, like, doesn’t that make it kind of her fault? 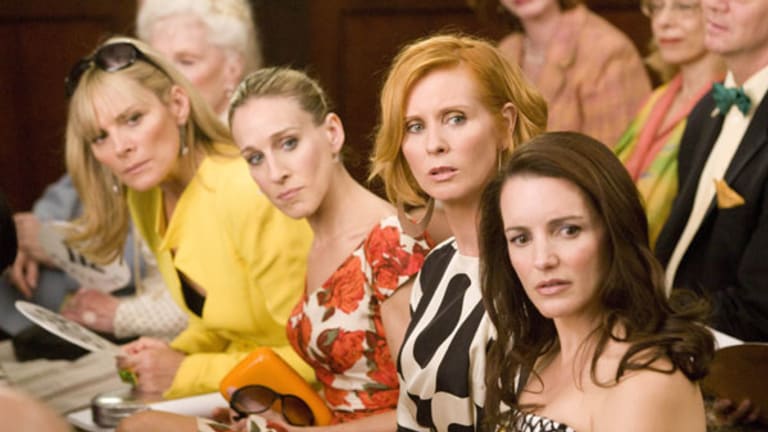 From left, Samantha, Carrie, Miranda and Charlotte in the ‘Sex and the City’ movie. Pubic hair not shown.

(Sidenote: Nothing demonstrates the abusive and co-dependent relationships that orbit around Carrie Bradshaw more than the borderline intolerant way Miranda is treated for mourning the loss of her actual marriage versus the morbid indulgence of Carrie’s depression following the 100 per cent foreseeable outcome of her fantasy marriage to Big collapsing in the eleventh hour. But I digress.)

It’s twenty years since SATC debuted, and boy have things changed. A recent article in Vogue reminded its readers not that the state of your pubic hair was nobody else’s business but that THE FULL BUSH IS THE NEW BRAZILIAN! Well, thank goodness for that. I wouldn’t have known how to feel about the glorious mane growing in my pants if I didn’t have a fashion magazine to reassure me that I’m "on-trend". 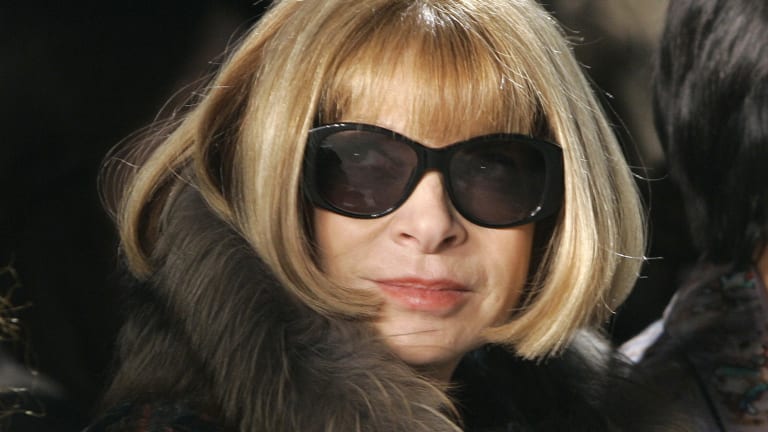 Since ancient times (circa 2001), pubic hair on cis women has been contentious. Some people argue that it’s just ‘unnatural’, which is as confusing a paradox as any. Others claim that the removal of it is tantamount to returning to pre-pubescence, and that anyone who would consider this sexually desirable must be a closet pedophile. For the record, both of those claims are absurd. Pubic hair is nature’s way of saying your vagina deserves a pillow, but not everyone wants or needs a pillow all the time. Variety is the spice of life, after all.

Here are some other things about women’s bodies that are disgusting but that we might think about reclaiming just so we can mix things up again and keep shifting those goalposts on what makes us acceptable, fully autonomous human beings.

Eating
Women don’t need to eat. That’s a fact. We live on air and the warm approval given to us by men who appreciate the effort we go to to take care of ourselves and maintain a respectful deference to their opinions. However, some women do eat and it’s revolting. Worse, they eat without even worrying about what men will think about it! Instead of picking small salads and eating half of them, they eat steaks and burgers and giant slabs of cake and they do this even when they’re not thin and sexy and wear no-makeup and are just more like a really conventionally hot, sexual version of a dude! But what if maybe eating came back? What if society decided it was okay for women to eat? Radical, I know. But still intriguing.

Crapping
Another thing women don’t do is poop (helped out a bit by the fact we also don’t need to eat). Occasionally we might do a teensy little tinkle, but in a cute way. Our waste removal system works differently to men, whose bodily functions are important and primal. I was once on a date with a man who was showing me the photos on his camera. Suddenly, we got to a picture of a ginormous turd in a toilet and he was like, "oh sorry that’s just my roommate’s". I was shocked, not at the thought of two grown men being so impressed with their bowel movements that they would document them together for posterity, but because I literally had never seen a shit before in my life. It got me to thinking, what if women just reclaimed pooping? Something to think about.

Having opinions
This is a bit tricky, because obviously there are lots of women who do have opinions and have no problem with sharing them. These women probably also eat and might have actually even taken a dump at some point in their life, so they’re not real women. Don’t you sometimes look at them and feel a bit envious? It must be nice to not have to worry about placating people’s feelings all the time or making sure you don’t come across as too much. Still, men don’t like them and as we know that’s the worst thing that can happen to a woman. So I’ll leave the pursuit of this one up to you.

It’s a bit confronting to think about radically changing all of the things women just naturally are but it’s exciting too. This is 2018, folks! We’re allowed to have pubic hair now! Could you have ever imagined we’d reach such an incredible state of liberation? Women really can do anything! Don’t be a feminist though, that’s going too far. Yuck.

*not a ‘real word’ but a good one nonetheless