Vogue has been forced to deny rumours there is a growing rift between its UK editor Edward Enninful and his US counterpart Anna Wintour.

It comes after Edward, 46, was said to have been left in tears when Anna, 64, sat next to the Queen at London Fashion Week earlier this year – while he was notably absent.

Following the incident, a fashion insider has described how the animosity between them is growing, suggesting the pair ‘don’t talk’.

However, Vogue’s publishers Condé Nast has strongly denied the claims, saying ‘there is no truth to this’. 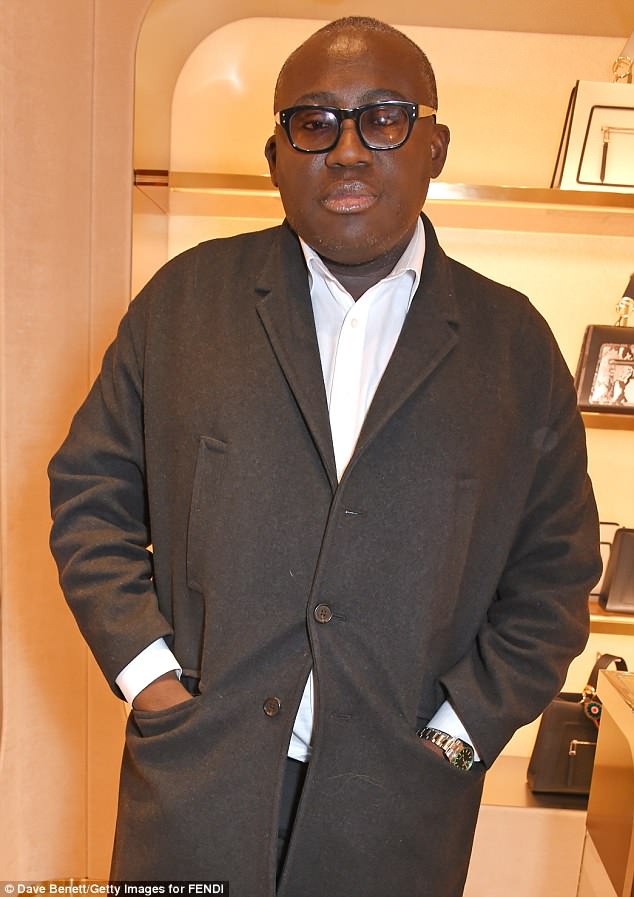 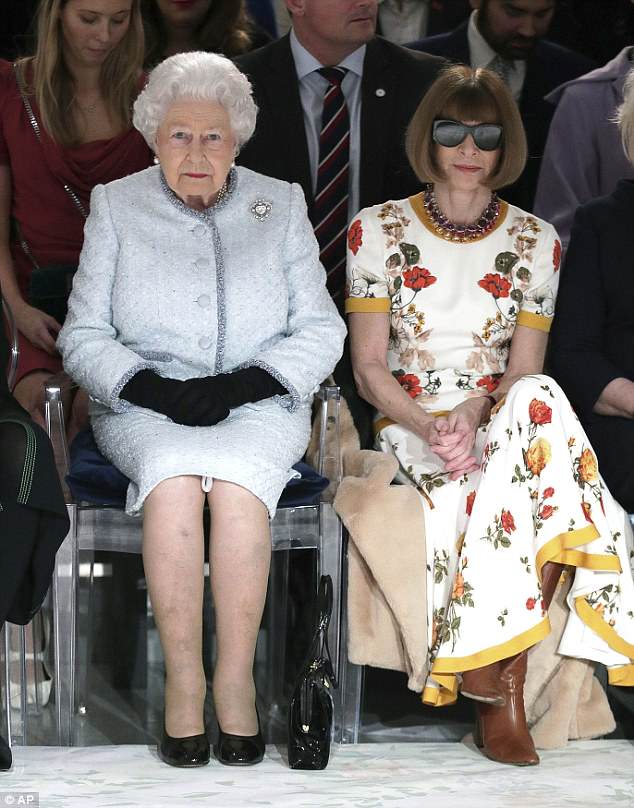 It comes after Anna Wintour sat next to the Queen at London Fashion Week earlier this year, which apparently surprised Edward – who was notably absent

Describing the reported tensions between the pair, a fashion insider told FEMAIL: ‘They don’t talk. I don’t think she ever felt he was qualified for that role.

‘After all that’s gone on the animosity between them is growing.’

The source suggested that the tensions date back to when Edward worked as a stylist at US Vogue under Anna, who is known as ‘Nuclear Wintour’ and ‘fashion’s ice queen’ due to her frosty demeanour.

In the 2009 documentary The September Issue, Anna is seen reprimanding him, saying: ‘Where’s the glamour? It’s Vogue, OK? Please, let’s lift it.’

However, an insider at Vogue denied the suggestion they are not on speaking terms, but confessed they are not close.

‘They are perfectly cordial and polite to each other, just not close friends,’ the source said. 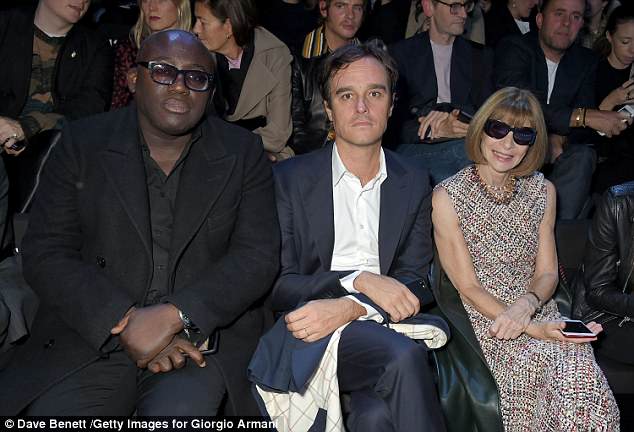 A fashion insider suggested the animosity between the pair is growing. The pair are pictured here in the front row at the Emporio Armani show in September 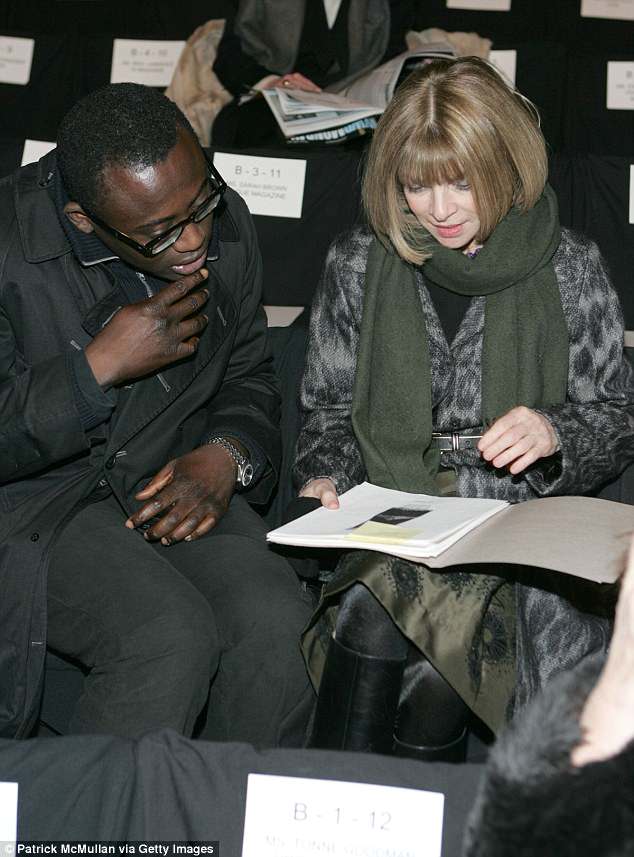 The source believes tensions date back to when Edward worked as a stylist at US Vogue, under Anna. The pair are pictured here together in 2007

Meanwhile, a spokesperson for Anna also denied the rumours, saying that Anna was ‘very proud’ of Edward and ‘loves having him as a colleague’.

There have been suggestions of tensions between the two editors since Anna apparently surprised Edward when she sat in the front row next to the Queen at London Fashion Week in February.

Sources said that the British Vogue editor, who took over from Alexandra Shulman last year, was left in ‘tears’ after not being told about Her Majesty’s appearance at the Richard Quinn show.

An insider told the Daily Mail’s Sebastian Shakespeare at the time: ‘Edward was in tears when he found out.

‘None of them knew about it. They had all flown to Milan for Milan Fashion week so they weren’t even in London when it happened.’ 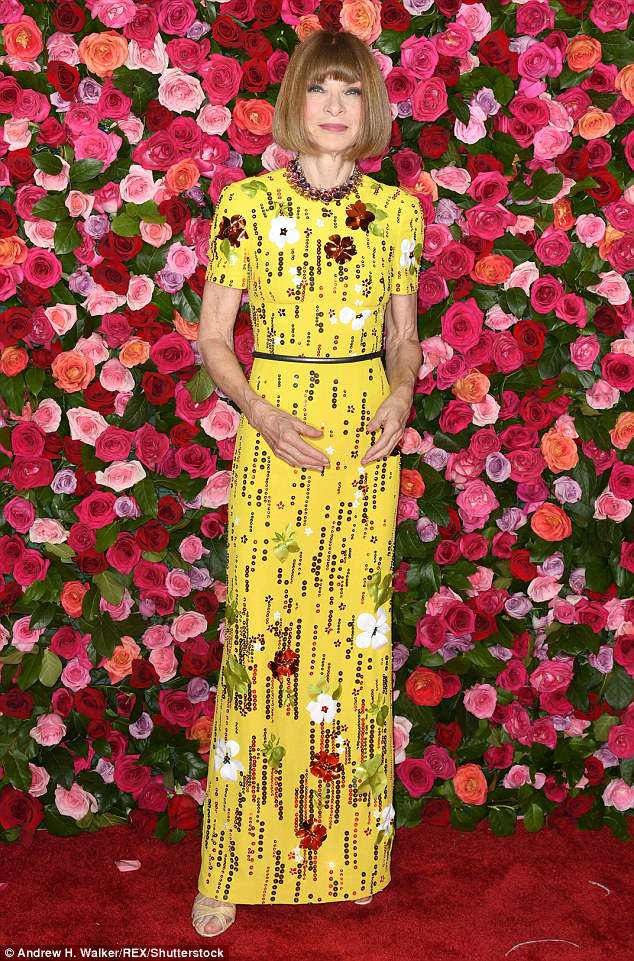 The reports of tensions between the two Vogue editors comes amid rumours that Anna is set to leave the fashion bible this year after 30 years at the helm.

In April, Page Six reported that Wintour will depart Vogue and Condé Nast after the July wedding of her daughter Bee Shaffer, 30.

This would allow her to go out in style, ending her time at the company with the publication’s iconic September issue.

Condé Nast has rebuffed the claims, with a spokesman telling Page Six: ‘We emphatically deny these rumors.’

The denial has not stopped the speculation, however, with sources claiming Edward is a frontrunner to take over the position at the US publication.

In response to the rumours of animosity between Edward and Anna, a spokeperson for Condé Nast said: ‘There is no truth to this, these rumours are categorically false.’

A spokesperson for Anna Wintour added: ‘Anna is actually very proud of Edward and all that he’s achieved.