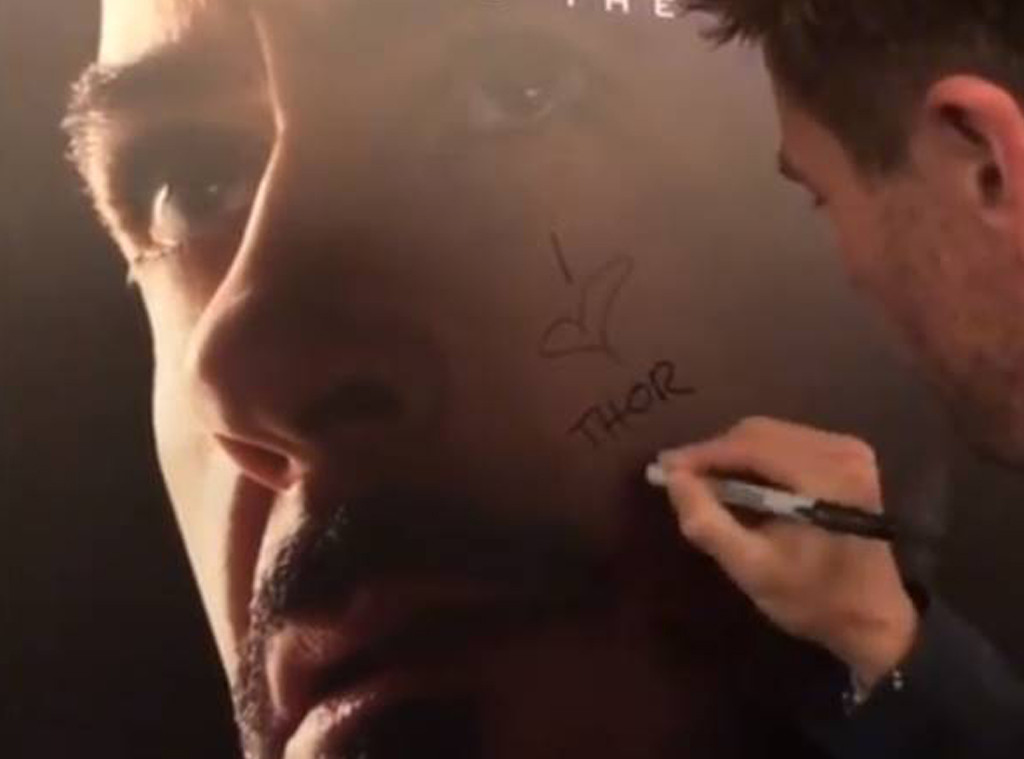 Ahead of the highly-anticipated Avengers: Endgame film, Chris Hemsworth is making a few improvements to the movie posters.

“Helping out some fellow avengers with new fresh looks,” the 35-year-old star hilariously captions his Instagram video, where he doodles on his co-stars’ faces. “I can now add make up artist to my powers.”

While he’s no Picasso, the Thor actor shows off his drawing skills in the short video clip, as he gives Paul Rudd, Chris Evans and Jeremy Renner quirky mustaches. “Just making some improvements,” Hemsworth quips on the ‘gram.

Trolling his castmates even more, he skips the beard for Robert Downey Jr., and writes, “I heart Thor.” It’s a chef’s kiss to the Iron Man actor.

“She’s too pretty,” he says of Gwyneth Paltrow‘s face. For now, it seems, her movie poster remains untouched.

If anything, the Avengers actor is giving Bob Ross a run for his money with his amusing video and impeccable drawings.

“Hey @chrishemsworth, I’m coming for you!!!,” the 48-year-old actor captions his post, alongside a boomerang of his co-star’s artwork (we mean, graffiti).

Jokes aside, the Marvel cast is gearing up for the premiere of Avengers: Endgame.