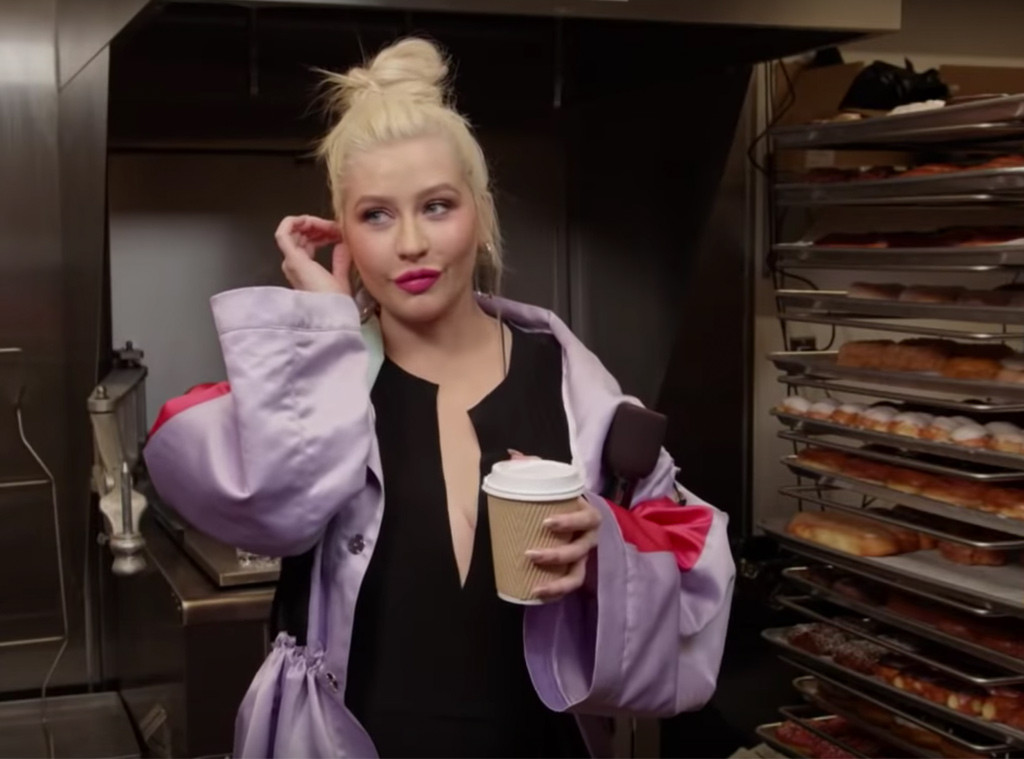 The late-night host’s team set up hidden cameras inside of Randy’s Donuts in Los Angeles and hid Aguilera in the back of the donut shop with an earpiece. The singer then watched customers enter the establishment and sang about everything from their attire to their orders.

Using her chart-topping hits as inspiration, Aguilera changed the words of her songs to match her observations. For instance, instead of singing the lyrics to “Genie in a Bottle,” she belted out, “There’s a guy in a Dodgers hat. He is here with a baby.  He just wants to eat some donuts and give some to the baby, too.”

However, this wasn’t the only song she switched up. She also altered the words to “Lady Marmalade” and “What a Girl Wants” to match the scene.

“What a guy wants! What a guy needs! He’s looking cute in his ‘Gone Fishin’ tee. I wonder what kind of donut he’ll get,” she crooned.

The best part was when Aguilera actually served the customers their orders—giving them the ultimate surprise.

Watch the video to see the stunt.

The prank came just a few days after Aguilera announced the launch of her Las Vegas residency: Christina Aguilera: The Xperience.

If she sounds this good over a store speaker, we can’t wait to hear her perform in Sin City.