Victoria is copping criticism from farmers and the federal government over a lack of plans to fill the shortage in farm labourers, despite its commitments to bring overseas tennis players to the Australian Open and to accommodate international students.

The Labor party has returned serve, calling on federal Agriculture Minister David Littleproud to stop playing politics and come up with solutions. 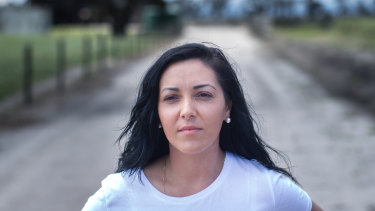 "After more than six months of requests for assistance we have seen the [state] government disadvantage Victorian growers compared to growers in other states," Ms Germano said.

"Dan Andrews has shown where there's a will there's a way for tennis players, but the same will is lacking for the growers that underpin the rural and regional economy."

International tennis players are permitted to enter Victoria under strict conditions for the Australian Open, and two busloads of them arrived in a Melbourne hotel on Friday morning. The Australian reported Mr Andrews is planning to bring a proposal to increase the number of overseas student arrivals to national cabinet.

Farmers have warned that a lack of workers will reduce supply and drive up fruit and vegetable prices. They need about 26,000 workers to pick their summer crops, but only 1500 workers had arrived since Pacific labour schemes restarted in August. Just 350 Australians have signed up to the federal government’s program offering $6000 to lure locals into fruit picking and farm work.

Currently, there are fewer than 7000 overseas workers available for farm work, largely from the Pacific Islands, and about 40,000 backpackers – who typically work in hospitality as well as agriculture.

"Since we re-opened the Pacific and Seasonal labour schemes in August last year, farmers in Western Australia, New South Wales, Tasmania, Queensland and the Northern Territory have safely recruited over 2,000 workers yet Victoria is yet to even develop a quarantine protocol," he said.

"The time for excuses is over. Victorian farmers deserve to be given the same access to workers as their interstate counterparts."

Victorian Agriculture Minister Mary-Anne Thomas said her government was continuing to work on plans to tackle the shortages. She called on the federal government to address issues under its jurisdiction, including health protocols for the large cohort of Pacific Islands workers, and to boost farm work incentives for locals.

"While quarantine arrangements have been left up to the states and territories, the federal government could make things a lot easier and faster for industry by undertaking the risk stratification work they committed to at national cabinet, which could make the Pacific Islands a declared 'green zone' and clear the way for movement without quarantine requirements," Ms Thomas said.

"If David Littleproud is serious about addressing these workforce issues he needs to pick up the phone to his state and territory colleagues, not blast them in the media," Mr Husic said. "With $39 million in crop losses to date and a 26,000 worker shortfall, there is too much at stake to be playing politics."