KOURTNEY and Travis have taken the world by storm with the public documentation of their relationship, causing fans to speculate what Kourt's ex, Scott Disick, is thinking.

On October 17, 2021, the couple announced their engagement via Instagram. 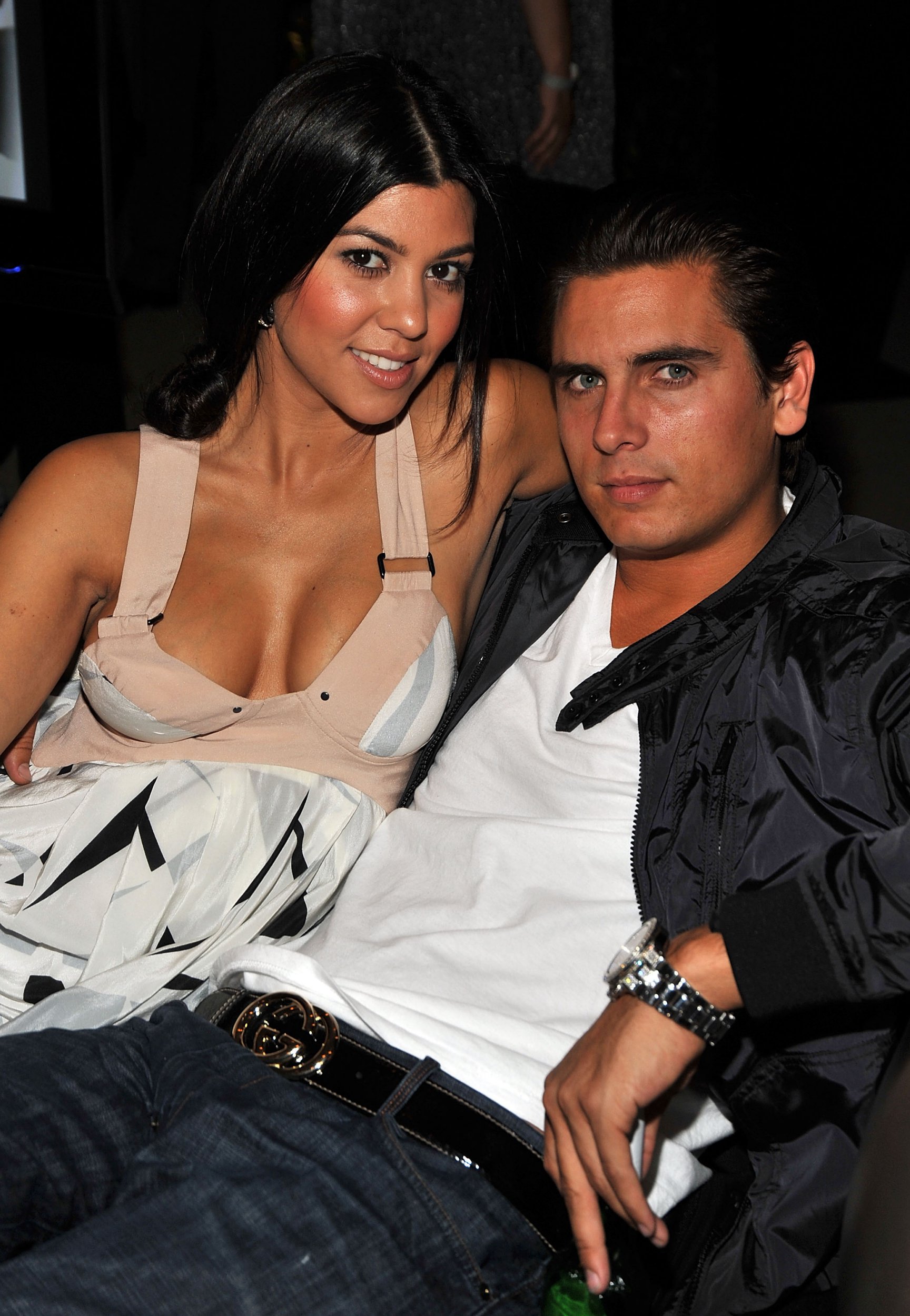 What did Scott Disick say about Kourtney Kardashian's engagement to Travis Barker?

As of the morning of October 18, 2021, Scott Disick has yet to publicly comment on the engagement of Kourtney and Travis.

However, that hasn't stopped the internet from guessing what opinions Kourtney's former lover may have on the situation.

A slew of memes and gifs have taken over social media, poking fun at how Disick may be feeling after the announcement.

One user tweeted: "scott disick on his way to date another teenager after finding out kourtney’s engaged" along with a gif of a woman crying in a car.

Another user attached a gif of a person dressed in a duck costume knocking down a door, captioning the post: "*kourtney kardashian and travis barker’s wedding day*

scott disick: [gif]" insinuating Scott will have something to say during the couple's nuptials.

A video of the proposal was added to this tweet, along with the caption: "Travis Barker proposing to Kourtney. Hopefully Scott Disick is at peace."

Most users are speculating that Scott is currently upset about the engagement, but he has said nothing to publicly confirm this idea.

How did Travis Barker propose to Kourtney Kardashian?

On Sunday, October 17, 2021, the Blink-182 drummer led his then-girlfriend to the beach outside of Rosewood Miramar Beach in Montecito, California.

The beach was covered in an elaborate floral arrangement made up of red roses, and surrounded by white candles.

A bystander recorded and shared a video, showing the two in the middle of the floral arrangement. Travis then gets down on one knee, and pulls a ring from behind his back.

Kourtney says yes, and the two share a kiss.

According to TMZ, family and friends were there to witness the engagement, and a dinner reportedly followed. 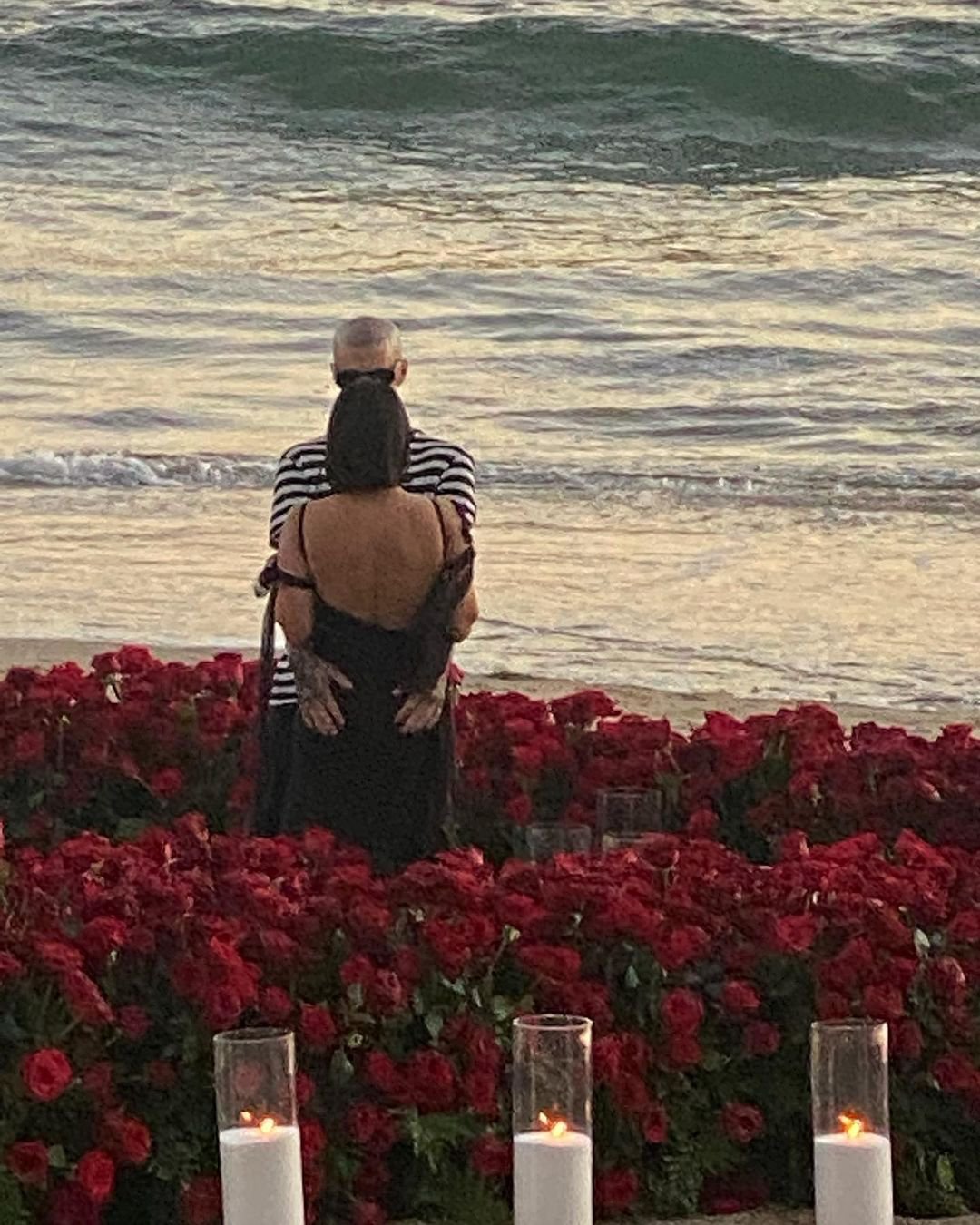 How long were Kourtney Kardashian and Scott Disick together before breaking up?

The two dealt with many scandals, including Scott's trouble with substance abuse and alleged cheating.

Fans have speculated Kourtney may be pregnant with Travis Barker's child. They've noted the reality star has stopped eating meat and fish, and hasn't been posting with alcohol.

This comes after the star's friend, Megan Fox, referred to the girl's partners as their "future baby daddies" at the 2021 VMAs.

Kourtney and Travis have been friends for years, and started dating publicly in February of 2021.