The European Union is ready to sign up to a free trade deal with Australia as soon as February now the federal government’s climate laws meet the bloc’s exacting environmental standards.

One of the union’s top trade negotiators says that now progress has been made on environmental policy – a stumbling block in previous talks – there is room to negotiate on key concerns such as naming rights for cheeses and wines. 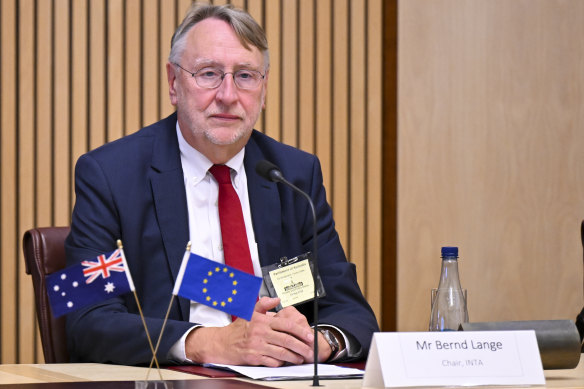 Bernd Lange, chair of the EU parliament committee on international trade, says Europe wants a deal by early next year.Credit:AAP

The EU is shopping for stable trading partners in critical minerals such as lithium as the war in Ukraine continues and subsequent sanctions on Russia take effect, while Australia wants to secure broader access for beef and dairy exports.

Bernd Lange, the German chair of the European parliament’s committee on international trade, said the EU was keen to seal the deal before the parliament’s term ended.

“Australia has now good climate targets, the new legislation passed [about] a week ago is quite similar to the European Union, and now it’s really important to agree on some concrete projects,” he told The Sydney Morning Herald and The Age.

“We are here to push for a new trade agreement, and the push is necessary because we want to have a conclusion at latest [by] February next year.”

Lange met Trade Minister Don Farrell in Canberra on Monday alongside eight other delegates from the European committee on international trade. It’s the first time members of the committee that evaluates all EU trade agreements and scrutinises negotiations have been in Australia since 2017, when the free trade negotiations began.

The government’s recently passed climate law was a “breath of fresh air” in the negotiations, Farrell said, and opened up new opportunities for Australia, which had been exposed to potential EU carbon sanctions without those targets.

Farrell said the government would only agree to a deal that provided “substantial” new access for key agricultural exports, including beef, dairy, sugar, rice and grain.

“We are very keen to advance our agricultural interests to make sure that we get a fair deal for our farmers in Europe,” he told The Age and the Herald.

The minister noted Australia’s critical minerals were in huge demand around the world.

“We want to make sure that the Europeans share in those critical minerals, but there’s got to be something for Australia in that process,” he said.

Lange said Europe wanted to depend on reliable partners such as Australia for access to the minerals needed for energy and digital industries. Late last week, European Commission president Ursula von der Leyen said the union could not rely on some of the countries that currently controlled supply. 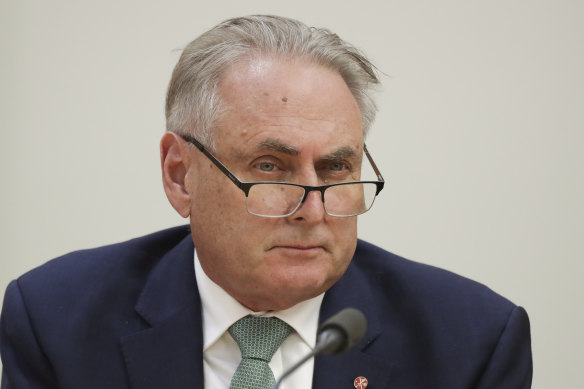 Lange acknowledged that agricultural trade was a sensitive topic – while Australia wants greater market access, some in Europe want to restrict imports to protect local markets.

Another tricky point in negotiations is the EU’s desire to protect naming rights to smallgoods and alcohol, including feta and Irish whiskey. However, Lange said there was room for flexibility, and pointed to the trade agreement with Canada.

“We had a compromise on feta, so ‘feta cheese, Canada style’. I could imagine ‘Australian prosecco’ so at the end of the day, it’s clear that the interest to protect local production and on the other side the interest to use traditional trademarks fight together,” he said.

Opposition trade spokesman Kevin Hogan, who is meeting the European delegation on Tuesday, said a good trade deal for Australia meant a good deal for the agriculture sector.

“This is a test for the government, there are things you have to negotiate that are for the benefit of your country at the expense of another. We encourage the Labor government to get a good deal.”

This week’s meetings with government ministers, parliamentary committees and business groups come ahead of next month’s formal round of offers on goods, services and market access.

Farrell said ultimately, a trade deal with the EU, which has a GDP of about $23 trillion and a population of 450 million, would be important for Australia.

“We think that there’s prosperity for both [sides] by a trade agreement, and we’re going full steam ahead to get one negotiated,” he said.