Selena: The Series part two premiered on Netflix on May 4, and it already has viewers fully obsessed with everything related to the life of Tejano music legend Selena Quintanilla. But it wasn’t just Selena’s voice that attracted thousands upon thousand fans over the years. She also had an iconic style, which she helped develop alongside fashion designer Martin Gomez.

“Before we met, she used to make her own bustiers for her stage show. She would buy bras at Victoria’s Secret and glue-gun Swarovski crystals onto them,” Gomez shared during an interview with Texas Monthly in 2010.

Gomez and Selena met in an ordinary setting, which he says, made her all the more extraordinary.

“I was having lunch at the little coffee shop inside the Woolworth’s in Corpus when this beautiful creature walked in wearing a black catsuit, Chanel belt, and boots. Her hair was pulled back and she was fully made-up. She did not look like anybody I’d ever seen. She was stunning, and she had such an air of confidence and sophistication,” the fashion designer recalled to Texas Monthly. “I said, ‘Who is that?’ The woman I was with said, ‘Oh, my God, that’s Selena! She’s really famous.’ Well, I didn’t know who she was, but I took a napkin with me—I had never done anything like that before—and asked for her autograph.”

At the time, Gomez was in an executive training program at Dillard’s, and Selena was shopping at the store, according to The Houston Chronicle. They talked fashion, and Selena gave her his number.

Selena wanted to work with Gomez, but he turned her down at first.

Eventually, though, she convinced him to take the chance. “She was so sincere. She kind of talked me into it,” he told The Houston Chronicle.

He helped create iconic looks for Selena, and together, they began designing a clothing line by Selena. The duo opened the first Selena Etc. boutiquein 1994 in Corpus Christi, followed by a second in San Antonio.

Gomez warned Selena about Yolanda Saldívar before her death.

The Queen of Tejano Music was only 23 years old when she died on March 31, 1995, shot by Saldívar, the president of Selena’s fan club. 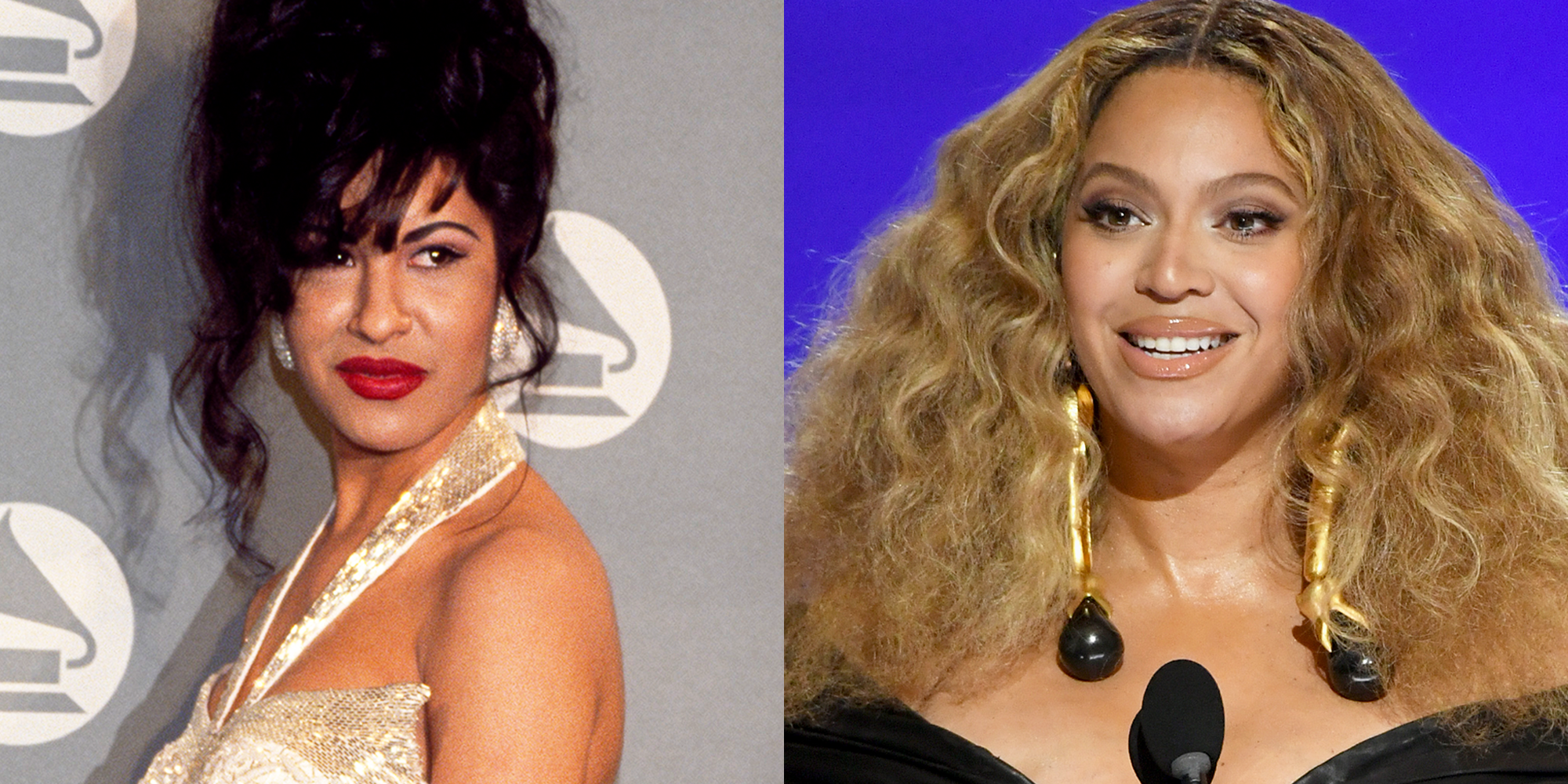 Before Selena’s tragic death, Gomez left her team after issues and disagreements with Saldívar. “Yolanda tried to limit my time with Selena, which was very difficult, because we were creating a brand and we needed to communicate about her vision. She clearly wanted me out of the picture,” he told Texas Monthly. “When we were fitting models for our San Antonio fashion show, weird things started happening. Threads were cut. Hems were pulled out. Buttons fell off a denim outfit that Selena tried on. Selena got very frustrated with me and said, ‘Martin, what’s going on?'”

Ultimately, Gomez ended up leaving in early 1995, just two months before Selena was murdered, because of his increasing unease with Saldívar. In one of his diaries, Gomez wrote, “I hate going in (to work). This woman is scaring me. She’s gonna hurt me,” per The Houston Chronicle.

“Yolanda and I had a huge falling-out, and I told Selena that I had to leave, even though I still had a few months left on my contract. It was very emotional for both of us, and there were a lot of tears,” he recalled to Texas Monthly. “Selena felt really bad about the situation, and the last time we spoke, she said, ‘I’m so sorry.’ I told her, ‘You have nothing to be sorry about. Just be very, very careful.’ I thought Yolanda was obsessed with her, and I told her that I was really concerned. Selena said, ‘Oh, Martin, you worry too much.'”

So, where is Martin Gomez now?

Gomez—a native of San Antonio—now lives in Duluth, Minnesota with his wife and two children, per The Houston Chronicle. He has built a successful career working with global corporations in product development, merchandising, and more.

After Selena’s death, Gomez went back to Dillard’s, and is now the Vice President of Product Development and Sourcing for Maurice’s clothing store, according to his LinkedIn.