Manifest returned from the holiday hiatus this week to dive back into the mysteries of Flight 828. But while some of the plots dealt with the fallout of the winter finale, much of the premiere felt like a reckoning of everything that happened last fall, from the moment Ben, Cal, and Michaela decided to switch flights and lost five and a half years in the process. It also took a new angle on uncovering a possible main antagonist for the back half of the season. Who is The Major on Manifest? The answer may be more complicated than the show is letting on. Warning: Spoilers for Manifest Season 1 follow.

With the destruction of the lab housing the lost Flight 828 passengers in the winter finale, the action has moved to a lovely location by the sea, where these mostly comatose characters are being kept in a house Fiona’s friend is lending her. It’s not just a place for the unconscious members of the flight, but the conscious ones too. Ben and Michaela start making it a safe house to meet up with the 20 or so characters who were drawn to the hangar at the end of the Season 1 premiere back in September.

Not that the meeting goes very well, but it does dislodge a few details, mostly from Autumn. 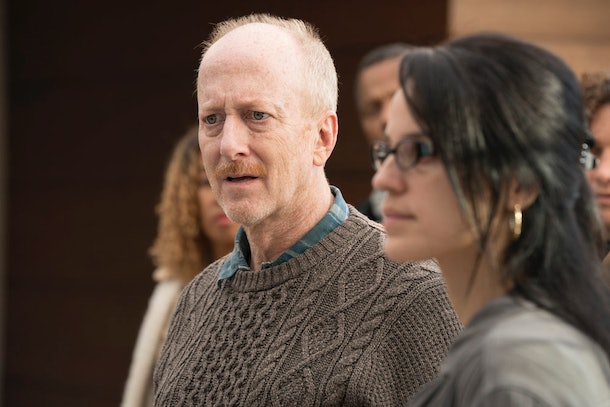 As fans will recall, Autumn seemed to be a lab escapee when Ben and Michaela found her, but in reality, she was a mole, allowed to escape and pointed towards the Stone family by her captors. The person she answers to (as did those who were experimenting on her and the others) is someone called "The Major."

So far, here’s what the show has revealed about the Major: 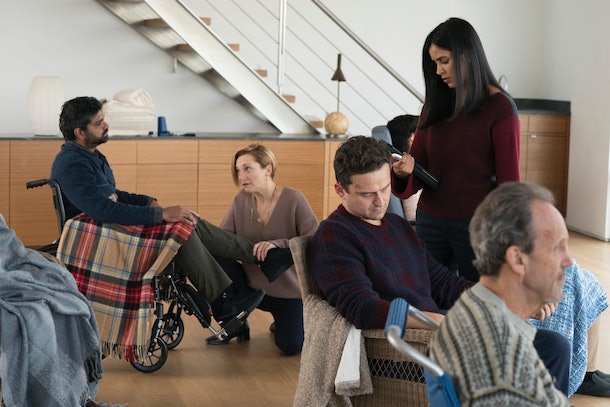 After Vance’s death, Powell, who had not believed in the Flight 828 conspiracies, gets drawn in by Ben, in hopes of tracking down the Major. But he’s not sneaky enough, and by the end of the episode has been escorted by the Major’s minions into an Escalade.

Ben is far more cautious, hitting up the podcast 828gate, whose host, Aaron Glover, has a source inside the Major’s people. Ben records an episode with Glover of everything known so far as insurance. If he’s the next one whisked away by an Escalade, never to be seen again, Glover will step in and blow this case as wide open as he can.