Adults tend to spell disaster when they appear in A Series of Unfortunate Events, so when one of them turns out to be as brave as the Baudelaires themselves, it’s a big deal. Kit Snicket, played by Allison Williams, is one of those heroic grown-ups, and since the end of Season 2, fans were eager to find out how the Snicket sister would be portrayed in the Netflix show. Bustle spoke to Williams about how she coped with the challenges of bringing this beloved character to life, including that one-eyebrow-raising romance plotline between Kit and Count Olaf.

For younger fans reading the books, the relationship between Kit and Olaf might seem bewildering. There’s very little context given about the circumstances surrounding their relationship, which makes it hard to reconcile the idea of them being together. The Netflix show decided to expand on that, however, giving viewers a peek into the past that didn’t appear in the books. 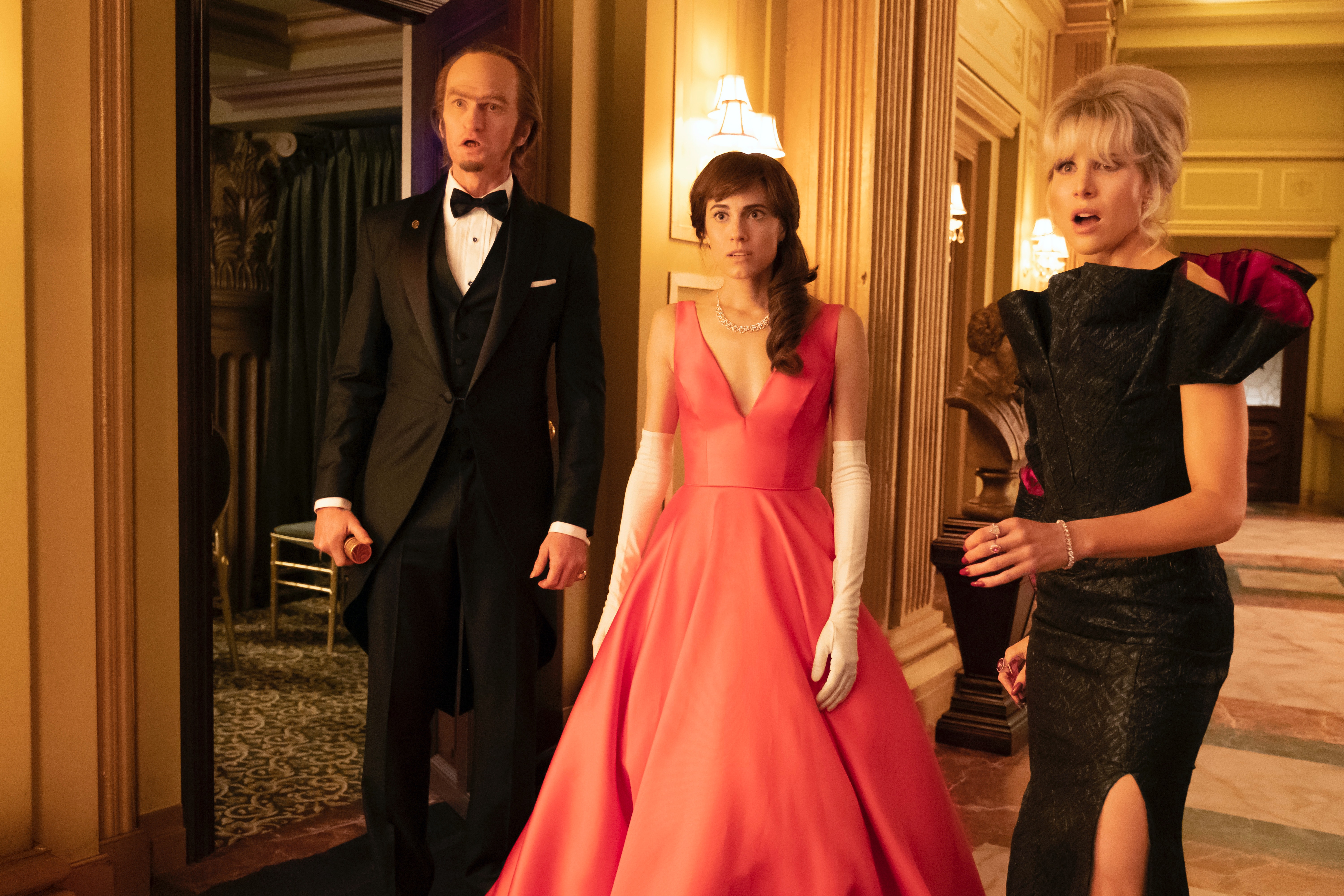 "Olaf and Kit’s relationship is something that I discovered more about when I read the books," Williams began, "but it was sort of fleshed out more in the series. I did like having the flashback because you got to see a slightly softer but still curmudgeonly Olaf at a young age, with a Kit who really adored him and saw the good in him. I totally buy that they had this connection at first, that they loved the same literature, and they shared the same friend group. And then everything went south."

"I felt very lucky to be part of that part of those scenes of Olaf being actually a fairly decent person," Williams went on, "because it’s not something that we got to see all the time. And of course, even in those moments he’s still Olaf so he isn’t suddenly an angel. But yeah, I really liked their relationship."

Even though Kit only appears in the final section of the Baudelaires’ story, Williams acknowledged that her favorite chapter actually comes well before Kit’s taxi pulls up at Caligari Carnival, and it has to do with another villain. "I have a soft spot for The Ersatz Elevator," she admitted. "I just love Esme as a character and the idea of their whole lives being governed by what’s ‘in’ and ‘out.’ Using the stairs because elevators are out, keeping all the lights off because dark is in. I just found that so funny." Her fave ASOUE book and character are proof that she was going to fit right into Lemony Snicket’s absurd universe.

There’s no denying that A Series of Unfortunate Events is full of humor, but sometimes being on set is no laughing matter. Williams mentioned memorizing the fast-paced dialogue, lugging around that prosthetic belly, and learning to drive a finicky taxi as just a few of the problems she had to tackle. But — much like Kit — she was up to the challenge. "Kit is very active and always doing a lot of stuff, so I had some stunt-type things to do. I actually enjoy [light stunt work] because when they explain it to you, part of you is thinking, ‘can I even do that?’ And then another part of you is like, ‘well, I’m going to have to!’" Despite her drive and determination, Kit’s life ends tragically after she gives birth to baby Beatrice in "The End." It’s one of the great unanswerable mysteries of the series: how would things have been different if Kit survived? Williams thinks that Kit would have stayed with the Baudelaire orphans.

"I think she would have stuck with the Baudelaires," Williams said. "Kit is very mission-driven, so the idea of an unfinished mission — leaving the Baudelaires — is her worst nightmare. And of course, she never would have wanted to leave her baby."

"But I do think," she added, "that if your baby has to be raised by children, the Baudelaires are a pretty worthy group." Kit’s story is an integral part of the tale of the Baudelaire orphans, and Williams’ portrayal helped give both the story and the fans the closure they deserved. "It was really nerve wracking," said Williams of taking on the role of Kit. "I wanted to get her right because she was already living in the imagination of the reader. I wanted to make sure that it felt like she had always been there, while also being this total bad ass person that the Baudelaires could — at least for the most part — actually rely on. Because as readers of the series know, those kinds of adults are very few and far between."