Taylor Swift shuffled into isolation earlier this year. But unlike the rest of us, she spent that time tending to stories instead of sourdough starters, clearing her head and the slate – and on it she has written what might be the best album of her career. 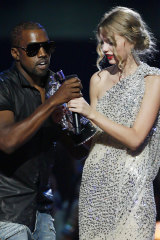 Over time, between digital and social interactions, their public recollections of events changed and Swift swayed, in public opinion, between unwilling participant and conniving businesswoman, while to others she represented the opportunism of white women using deeply entrenched power dynamics to frame themselves as victims of black male aggressors.

While the music has rarely wavered in quality, it has not always been simple to be a Taylor Swift fan. As a listener her age, I've cringed at her singles and music videos, desperately reserved tickets to her concerts, investigated clues to her feuds before taking the opposing side and cued up her best ballads to sing at karaoke. For all the "love the art not the artist" rhetoric, in Swift's case the two are interchangeable, and factors such as her political silence (until very recently) cast a question mark over who and what fans were supporting.

It has been, it seems, equally difficult to be Taylor Swift.

As Swift moved away from her country roots and reintroduced herself as a popstar with 2012's masterful Red and the record-breaking 1989 (2014), she became a bona fide tabloid star. Her romantic entanglements – real or imagined – quickly overpowered the talent at the core of her fame. Her response was an attempt at correcting the record.

Rather than go on public dates with famous men, she surrounded herself with female friends – relationships that were then criticised as phony and for optics.

In over-correcting, her songwriting became responsive and reactionary, tools to ensure she got the last word in any breakup, celebrity feud or criticism of her and her work. As time has gone on, Swift's critical lens became more fixed on herself than anyone else.

In an interview with Zane Lowe on Beats 1 last year, she describes the media's treatment of her as a 23-year-old as amounting to little more than "making slideshows of my dating life and deciding that my songwriting is a trick, rather than a skill and a craft".

When accepting Billboard's award for Woman of the Decade last year, Swift remembered the 2010s as the time she "became a mirror for [her] detractors" – whatever they said she couldn't do, she did. 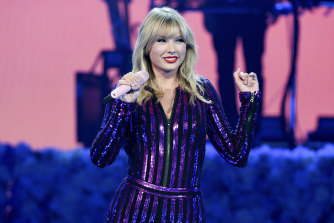 On her new album, Taylor Swift casts off the trappings of her celebrity and returns to being a songwriter.Credit:AP

It's especially satisfying, then, to watch as Folklore casts off the expectation, self-flagellation and pressure for pop stars to reinvent, change and morph, and returns to the core tenet Swift built her career upon: songwriting. Specifically, she crafts story songs that deal in character, time's effect on people and their emotions and the way disparate lives are linked by – to steal the title of one of Folklore's highlights – invisible strings, tying them together inextricably.

"In isolation my imagination has run wild," she wrote on the record's release. "Picking up a pen was my way of escaping into fantasy, history, and memory."

Her own history is present in the songs – on Invisible Strings, she recounts a date when a waitress remarked that Swift "looked like an American singer" – and is cleverly woven through the stories of women in the near and distant past who were the subjects of gossip and left things messy when they sped off in the night.

For all her songs set in small-town high schools and backyard parties and the passenger seats of cars, Swift has never been a relatable pop star. But somehow, in writing such a transporting record, one that deals in tales of high-society debutantes, wartime soldiers and teenage love triangles, she's made the record I know I'll return to most.

The same is true for my friends – all of us freshly 30 – who I've exchanged late-night messages with about the record. We've watched her evolve and eventually arrive at this creative conclusion, and feel the same nostalgia and tenderness for our respective personal histories that she's captured in amber on these songs.

Like a show-and-tell of American anecdotes both large and minuscule, the songs on Folklore contain a recurring motif of film heroes, movie endings, Sunday matinees and theatre screens – a theme that's fitting considering how perfectly Swift assumes the role of director. After gleefully declaring (on the Reputation single Look What You Made Me Do) "I'm sorry, the old Taylor can't come to the phone right now … 'cause she's dead!" Swift has revived herself, and we're still compelled to line up and buy tickets after all these years.