Why GRM Daily is ‘the ‘core’ of black British music’

“GRM Daily is the epicentre of black British music in the UK.”

That’s how Posty, the founder of GRM Daily, describes the channel.

GRM Daily was founded in 2009 as a YouTube channel that filmed and shared music videos from emerging UK rap artists.

Fast forward to now, it is the most viewed urban music channel and website in the UK.

“The idea for GRM came about from a lack of platform for artists to have their videos seen and their voices heard,” Posty says.

“Now, we’re the core and centre of black British music and have been for the past 11 years.”

‘Massive respect for our community’

The story of how the platform became a game-changer can now be seen in a brand new documentary series called Together We Rise.

“It tells the story of GRM Daily and gives a perspective to our influences, struggles, and what drives us,” Posty tells Radio 1 Newsbeat.

“Most of all, it shows our massive respect for our community.” 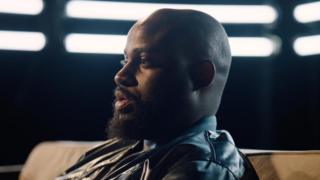 The documentary gives an insight in to how important the channel is for the black British culture and what influence it has had globally.

It features a number of UK favourites, such as Skepta, Giggs, Aitch and Stormzy.

In the documentary, Aitch says “there are people who are in the position they’re in now because of GRM” and Stormzy describes it as “the holy grail of black music”.

Ms Banks reflects on watching the channel when she was younger and says she “couldn’t wait” to be on the platform.

‘We want to provide opportunities’

The GRM Daily channel now has over 3 billion YouTube views and 3 million subscribers.

But Posty stresses that it is much more than just a YouTube channel.

It’s achieved massive success in the UK music industry by sharing grime and rap songs with global audiences who may have never listened to that type of music before.

It’s also played a big part in discovering up-and-coming artists whose songs haven’t had much exposure.

“We’ve also had the GRM Gala and we also did the Rated Awards which was incredible,” he says.

The Rated Awards is an award show which celebrates the best of black British music. This year, it was held online due to the pandemic.

Since finding success, GRM Daily has also moved into other lines of work, which also involve black people in the industry.

“We just want to provide opportunities for people, to encourage people to be ambitious, driven and to go for their goals no matter how hard they might be.”

The first and second episode of ‘Together We Rise: The Uncompromised Story of GRM Daily’ are out now.