Why I chose to take my wife's surname

When my wife, Jo, and I decided to get married 11 years ago, it wasn't an automatic assumption that she would take my surname. We both felt there was something old-fashioned about a woman submerging her identity with that of the man she's marrying. Instead we had a very pragmatic conversation about what we could do.

We knew we wanted our future children to have the same name as us: I was Kris Dyer and she was Jo Myddelton. At first we thought, "Shall we double-barrel?" But the Dyer-Myddeltons sounded a bit pretentious. In the end, we decided to go with Myddelton – and that I would change my surname to that. It isn't that I don't like Dyer, but I think if you have a choice, you may as well choose the name that sounds better. Plus, Jo is an only child, so taking her surname felt like a nice thing to do. 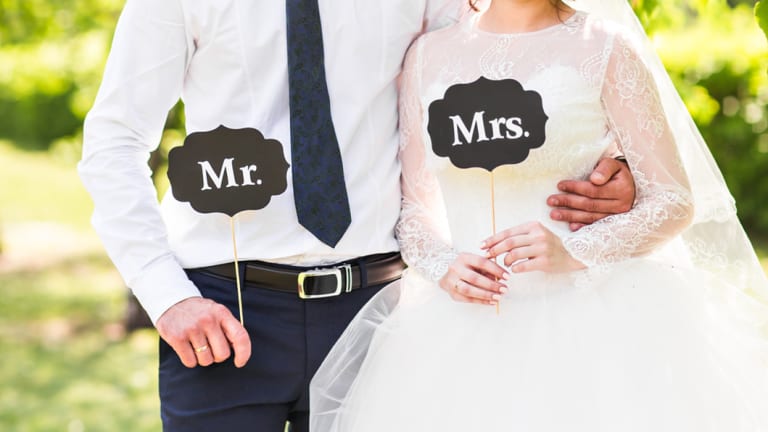 If you have a choice, you may
as well choose the name that sounds better.Credit:Shutterstock

I explained the reasons to my family, saying we weren't trying to upset anyone or cause offence, but we just preferred Myddelton. Even though my three sisters have all taken their husbands' names, my parents were fine with it. At the time, we didn't realise we were being radical or doing something unusual, but in the past 11 years I've been surprised by how it's seen as so shocking.

A lot of friends thought we were joking, and some people disapproved of us breaking with tradition. But mostly, they just find it confusing. We still get invitations to Mr and Mrs Dyer, and when people do get the surname right, invitations and Christmas cards come addressed to Mr and Mrs K. Myddelton. It irritates me because they haven't understood the logic of it. What we've done throws people because so much etiquette and tradition is centred on the woman taking the man's surname.

At the time, I had to do it by deed poll and pay, while all a woman has to do is change her passport. It has led to quite a few first-world problems, like when a relative died recently and left me some money. I couldn't bank the cheque because it had the wrong name on it. In the end, the relative's estate had to reissue the cheque.

I also experience the kind of "dual identity" issues that women typically experience because I decided to retain my maiden name – or should I say master name – for professional reasons. As an actor and writer it made sense, but at the time I felt like a real lone voice. But then I started speaking to female friends who had done the same, and realised it was very common.

Over the years, I've stopped finding it awkward and embarrassing to explain. Now as I get older, and have two daughters, aged nine and seven, I'm even more in favour of the idea. It's a good message for our daughters, that women are the same as men and should have equal rights in everything – including wedding traditions.

That said, I've never met anyone else who's done the same thing, although I heard about a friend of a friend of ours who did, and his family didn't speak to him for three years. They've now agreed to become double-barrelled.

As for Jo, to begin with she was fairly ambivalent about whose name we chose, but now she's proud of our decision. She says she appreciates my willingness to be unconventional and the reactions she gets are either admiring or envious.

At some point we'll have a conversation with the children about it. Right now they're not conscious of the context, but they do know Daddy took Mummy's name and their response is "whatever". I like that. For their generation, this won't be so unusual. Tradition's great, but it's a shame if it stops people from doing the things they want to do. I hope that one day, if my daughters decide to marry, they'll feel empowered to do whatever they want when it comes to choosing their future surnames.

This article appears in Sunday Life magazine within the Sun-Herald and the Sunday Age on sale November 11.

As told to Radhika Sanghani. This article originally appeared in Stella Magazine, The Sunday Telegraph (UK).