Don’t worry, Mary Poppins is here. And though the stylish British nanny looks different than you may remember, she’s still super-talented at bringing eye-popping wonder and whimsy into the lives of everyone around her. Supercalifragilisticexpialidocious, in fact. That’s why the best thing you could do for yourself right now is let the fantastical Disney musical Mary Poppins Returns — a sequel 54 years in the making — sing and dance its way into your heart. After all, pure cinematic joy doesn’t come around very often. 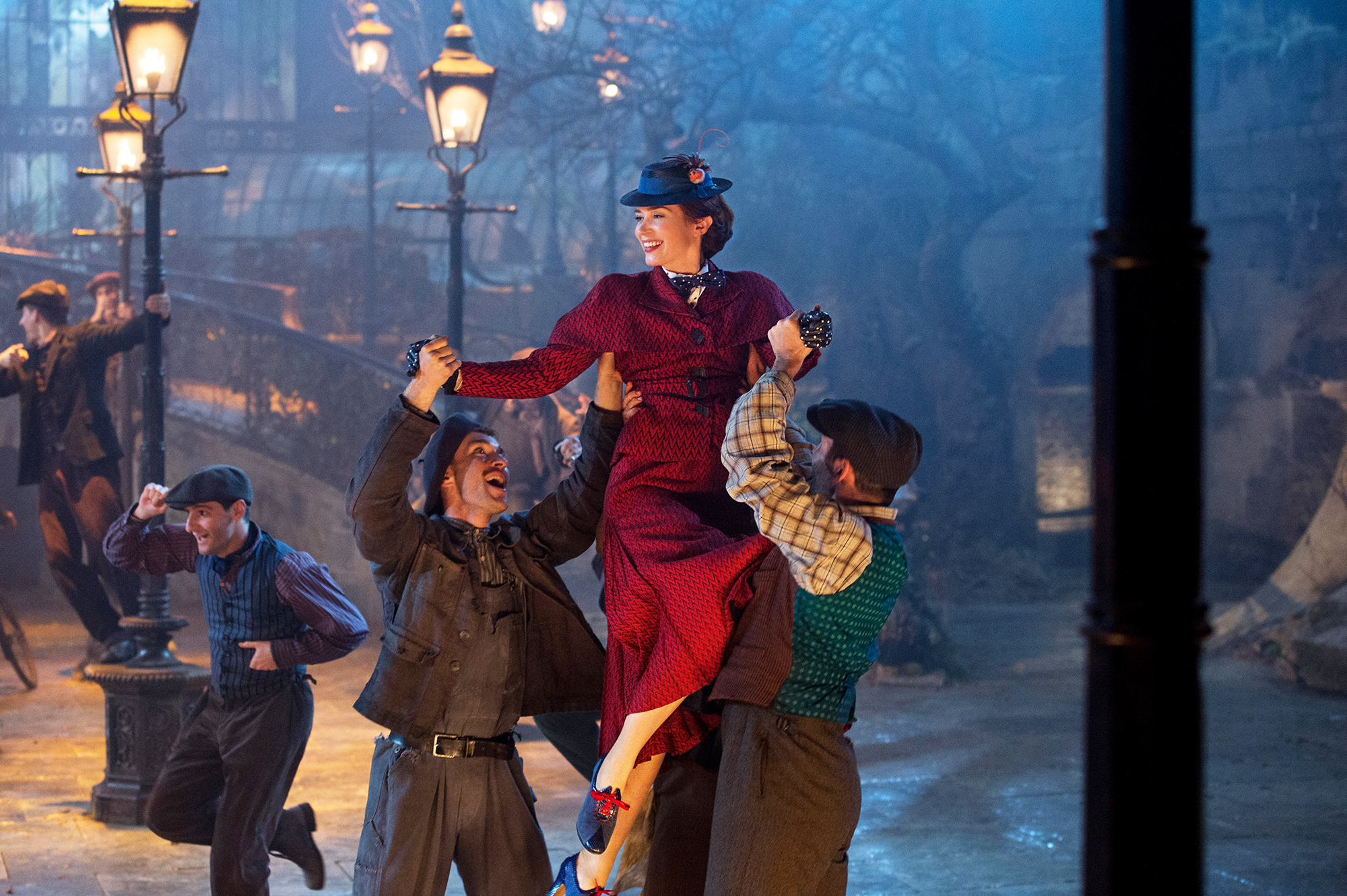 Emily Blunt takes over the role made famous by Julie Andrews. That sentence alone may seem sacrilege if you’ve seen and subsequently fallen in love with the 1964 original. Not that Blunt isn’t a beguiling talent; it’s just that Andrews, who won a best actress Oscar for the performance, embodied the part with dazzling perfection. Replacing her is akin to replacing Judy Garland’s Dorothy in The Wizard of Oz. (Fun fact: This actually happened in the 1980s! It didn’t go well.) But Blunt proves herself a worthy, divine successor with a lovely soprano singing voice to match.

Some 30 years have passed since Mary Poppins last enchanted the neglected Banks siblings of London’s 17 Cherry Tree Lane. Jane (Emily Mortimer) and Michael (Ben Wishaw) are now grown. He has three small children of his own. Their parents have passed, as has Michael’s wife. They’re also knee-deep in a financial crisis: The evil people at the bank, led by Colin Firth’s meanie of a manager, want to repossess their house. The only way the Banks’ can solve their problems is to unearth a lost evidentiary document.

In conclusion, the time is right for Mary to swoop in on her kite. Everyone is thrilled to see her —though the adults are reluctant to believe that her magic was a reality. Perhaps nobody is more excited than her old friend Jack (Lin-Manuel Miranda, perfectly cast), a jolly streetlamp-lighter who once apprenticed under Bert the chimney sweeper. You will not see Bert in Mary Poppins Returns. But you will see Dick Van Dyke, the legendary 92-year-old actor who played him. To reveal anything more would dampen the happiest big-screen moment of 2018.

Mary and Jack take the children on candy-colored journeys that stretch their imaginations. In the most elaborate sequence, they sing and tap-dance on a stage with a slew of adorable two-dimensional, non-computer-generated animated characters. It’s a nod to the classic, a scene in which Mary and Bert do their thing next to animatronic mice. The scene, by the way, also made Mary Poppins author P.L. Travers furious because it strayed far from her original vision.

This brings me to an important point. All the production numbers — and the straight-forward story, for that matter —are of the earnest, sweet, non-subversive variety. Think a hard G-rating. I hesitate to use the word “old-fashioned” because that insinuates boring. I hope kids experiencing the Mary Poppins character for the first time will bask in the wholesomeness despite a lack of inside pop culture references or a scene in which Wreck-It Ralph makes a clever viral video inside the Internet.

Director Rob Marshall (Chicago) made another risky decision by featuring all-new songs and musical score. You won’t hear traces of “Feed the Birds” or “Go Fly a Kite” — or a hip-hop verse via Hamilton maestro Miranda. Hairspray composers Marc Shaiman and Scott Wittman took care of the soundtrack, including a Golden Globe-nominated toe-tapper called “Trip a Little Light Fantastic.” The songs are catchy and snappy, but will they still be treasured in 60-odd years, a la “A Spoonful of Sugar”? Eh . . . . doubtful. There’s a bit of indistinguishable same-ness to them. One exception? Meryl Streep, of course. As a batty relative living on her own on the edge of town, she doesn’t so much as sing as spews out a delightful ditty. Bonus: The Devil Wears Prada reunion with Blunt. That’s all.

I could go on. The run time. The predictable “twist.” Whatever. Nitpicking examples in which this musical fails to measure up to a piece of art is counterproductive. Sequels themselves are prone to disappointment; a follow-up to friggin’ Mary Poppins is a fool’s errand. Best to just regard Mary Poppins Returns as a spirited homage to an all-time great. Do that and the film doesn’t just fly like a kite, it soars.