After King Charles III became the sovereign of the United Kingdom, Prince William and Princess Kate were given a set of new titles.

“Today, I am proud to create [William the] Prince of Wales, Tywysog Cymru, the country whose title I have been so greatly privileged to bear during so much of my life and duty,” Charles, 73, said in his first address as the reigning monarch on Friday, September 9, noting that the Duchess of Cambridge, 40, would be referred to as the Princess of Wales. “With Catherine beside him, our new Prince and Princess of Wales will, I know, continue to inspire and lead our national conversations, helping to bring the marginal to the center ground where vital help can be given.” 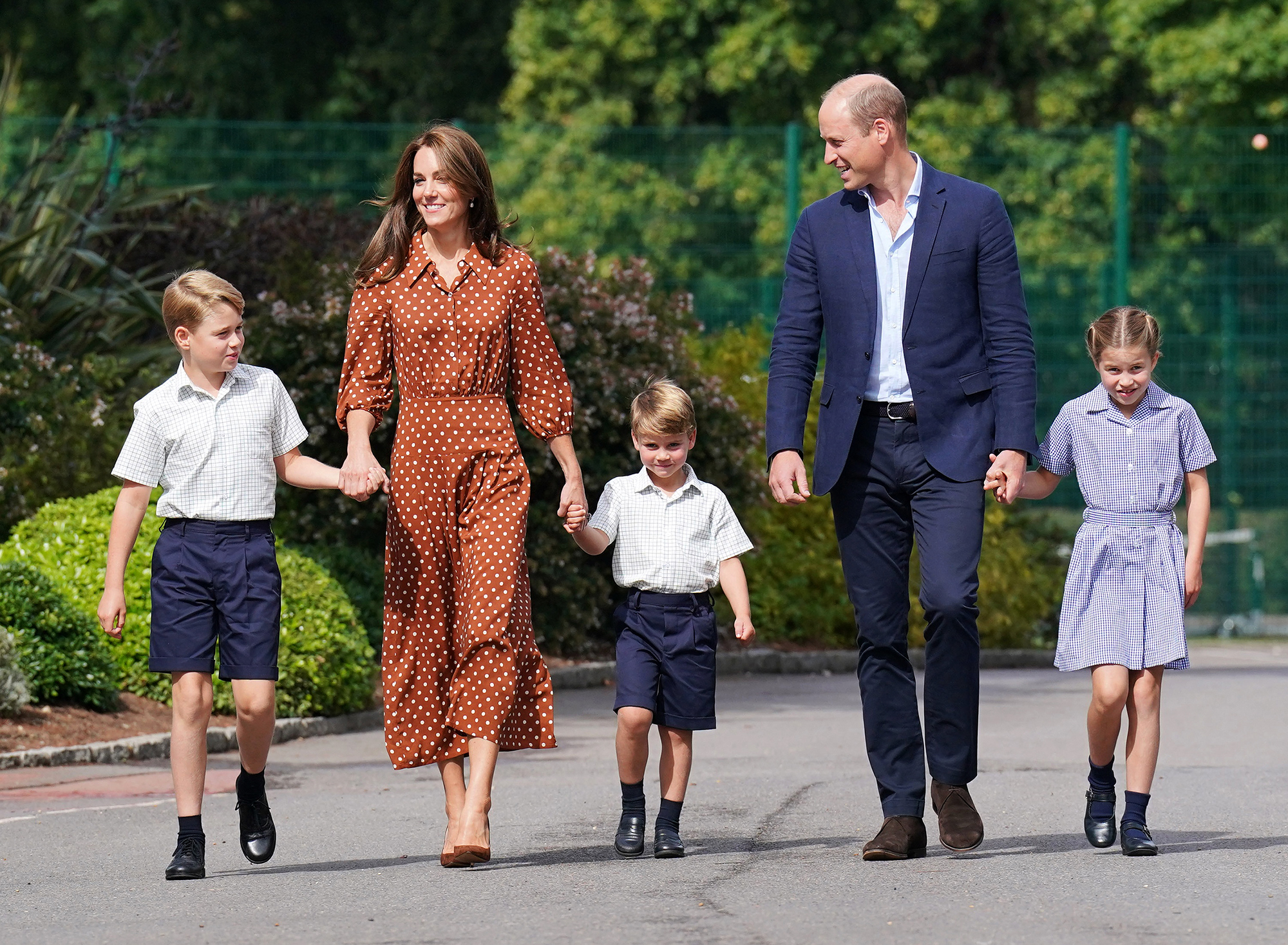 William, 40, and Kate were also bestowed the titles of Duke and Duchess of Cornwall, another title formerly held by Charles and his wife, Queen Consort Camilla.

A Breakdown of the Royal Line of Succession

With the Duke and Duchess of Cambridge receiving new titles — which have already been used via their official Instagram account — their three children’s monikers have also changed. The pair share Prince George, 9, Princess Charlotte, 7, and Prince Louis, 4, whose full titles previously were “Prince George of Cambridge,” “Princess Charlotte of Cambridge” and “Prince Louis of Cambridge,” based on the duchy their parents held. Queen Elizabeth II, who died on Thursday, September 8, previously gifted the twosome that title after their 2011 wedding.

Since William and Kate are now the Prince and Princess of Wales, their three kids’ new surname will be Wales. Their full titles are Prince George of Wales, Princess Charlotte of Wales and Prince Louis of Wales.

William and Kate’s new titles carry a historical significance, especially since his late mother, Princess Diana, was the last individual to be referred to as the Princess of Wales.

“It has a huge emotional weight,” royal expert Gareth Russell exclusively told Us Weekly on Friday. “Princess Diana had such a great impact across the world with both her charisma and her fame and also her humanitarian and charitable activities. But the title [of Princess of Wales], you know, was used by many people before Diana, and … it is now being used afterward.” 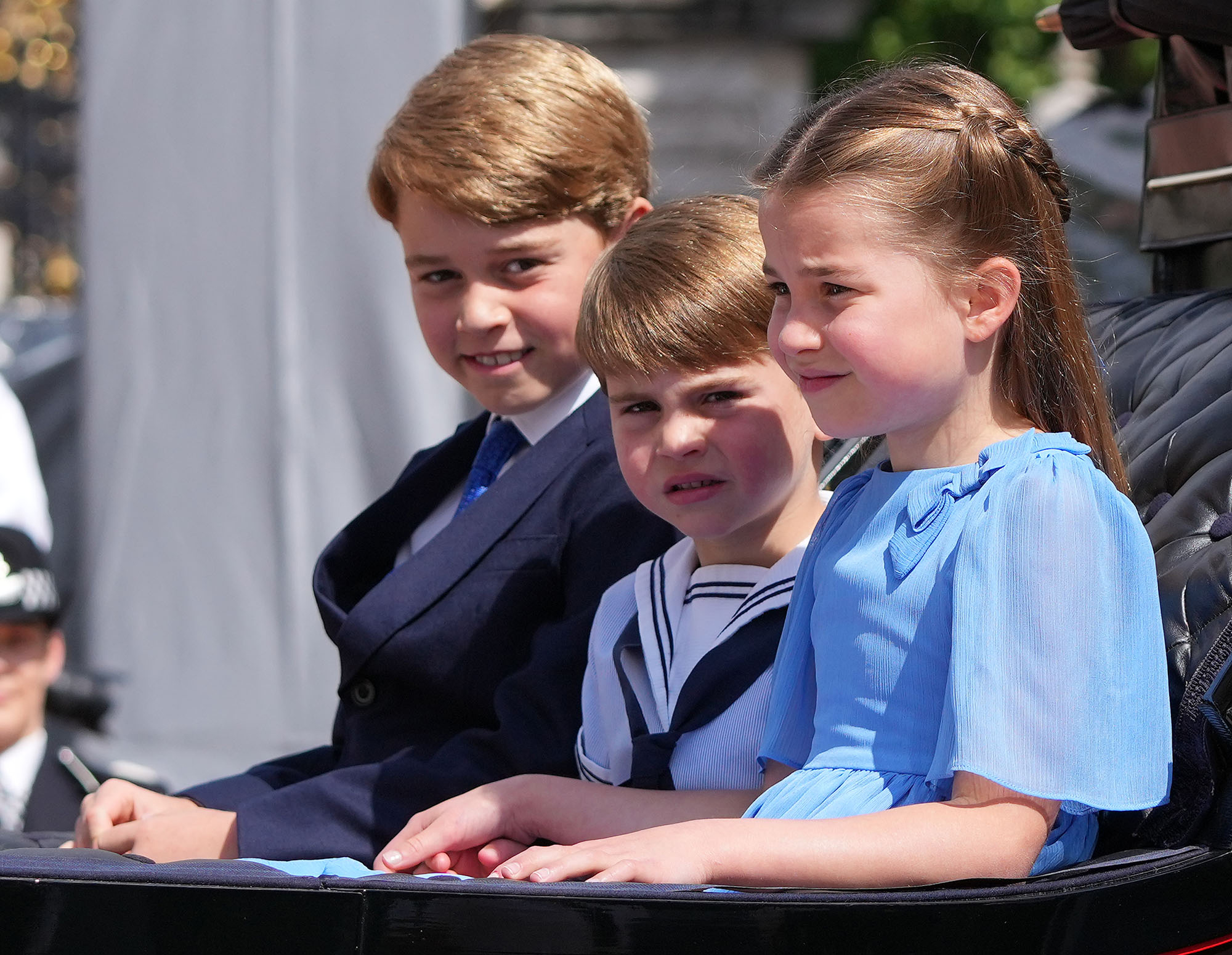 Russell added: “I think it is quite moving for a lot of people that the last person to hold [the Princess of Wales title] was William’s mother and now it’s his wife. I think it puts a good kind of pressure [on the Cambridges] because it brings a lot of the … emotional collateral charisma that Princess Diana had … and invests that title with a certain emotional appeal to people.”

Prince William and Duchess Kate’s Sweetest Moments With Their Kids

In the king’s first address earlier this week, he also confirmed that his 75-year-old wife would be known as Queen Consort. His younger son, Prince Harry, however, will not receive a new title after he and wife Meghan Markle stepped down from their positions as senior royals in January 2020. While the BetterUp CIO, 37, remains in the line of succession, both of his children — Archie, 3, and Lilibet, 15 months — are eligible to receive new royal titles.

Both Archie and Lili — whom Harry shares with the 41-year-old California native — are able to be called prince and princess now that their grandparent is the monarch.

King George V initially decreed in 1917 that such royal monikers should only be given to the children of the monarch’s sons. Archie and Lili did not qualify for the titles upon their births since they were not grandchildren of the queen. Elizabeth had made an exception for William’s three children as their father would one day become the future ruler. However, a similar ruling was not made for Harry’s little ones.