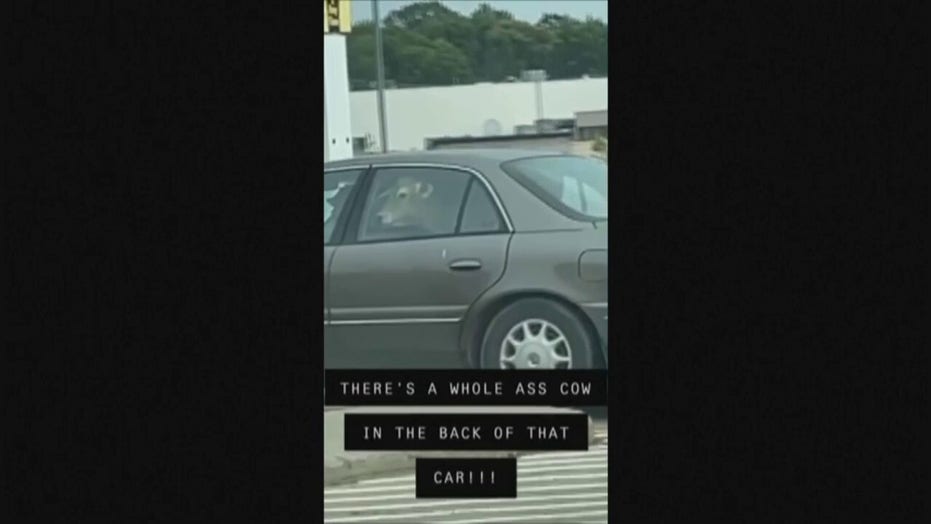 A bizarre video filmed in Marshfield, Wis., shows a car waiting at a McDonald’s drive-thru with a cow as passenger.

Hopefully, this order didn’t include any burgers.

The drive-thru at McDonald’s offers customers a great option for getting their food without having to leave their car. This is especially useful for situations when a customer isn’t able to enter the dining room. 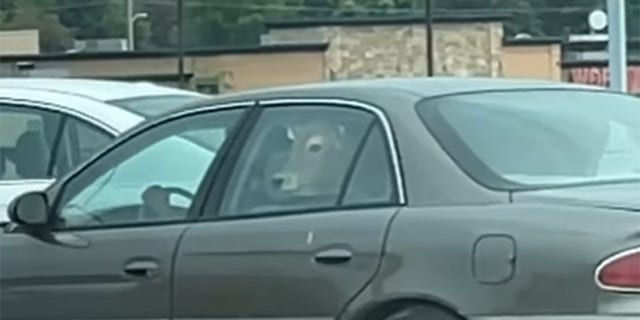 A bizarre video filmed in Marshfield, Wis., shows a car waiting at a McDonald’s drive-thru that has a cow sitting in the backseat.
(Jessica Nelson via Viral Hog)

For example, a customer traveling with a cow in their car can’t just walk the cow into the restaurant to order some food.

A bizarre video filmed in Marshfield, Wis., shows a car waiting at a McDonald’s drive-thru that has a cow sitting in the backseat. In the footage, which was uploaded to Facebook, the animal is clearly visible watching the outside world through the window.

It’s unclear from the footage if the cow is fully grown yet or not, although several commenters pointed out that it is likely still a calf because a full-grown cow likely wouldn’t fit in the back of a normal car.

One commenter who has experience with cows wrote, “We had to haul our calves in the car or truck back in the day! We’d take out the back seat and put in empty feed bags… then the calves.”

Another local resident responded, “Yup that is in Marshfield and supposedly there were three calves in the back seat. Guess they wanted French fries.”

“This is how you know it’s central Wisconsin fair season,” added another user.