Wives share the realities of having a husband in prison

My husband’s in jail, I’m having sex with other women: Wives of prisoners reveal how they’re coping in VERY honest confessions

Wives of criminals have shared the realities of what it’s like being married to someone who’s committed a crime and is serving time in prison.

Writing on the US-based anonymous sharing app Whisper, the women discussed infidelity, with one saying she had been cheating with a married man while her husband was locked away. Another said she was sleeping with other woman because she felt like her partner would be less angry if he found out.

One wife said she had found her inner strength in order to deal with the situation – and accepted she had to wait for her partner to serve his time.

In a heartbreaking post, one wife said she kept having panic attacks because her husband wasn’t there, and she couldn’t stand being apart from him. 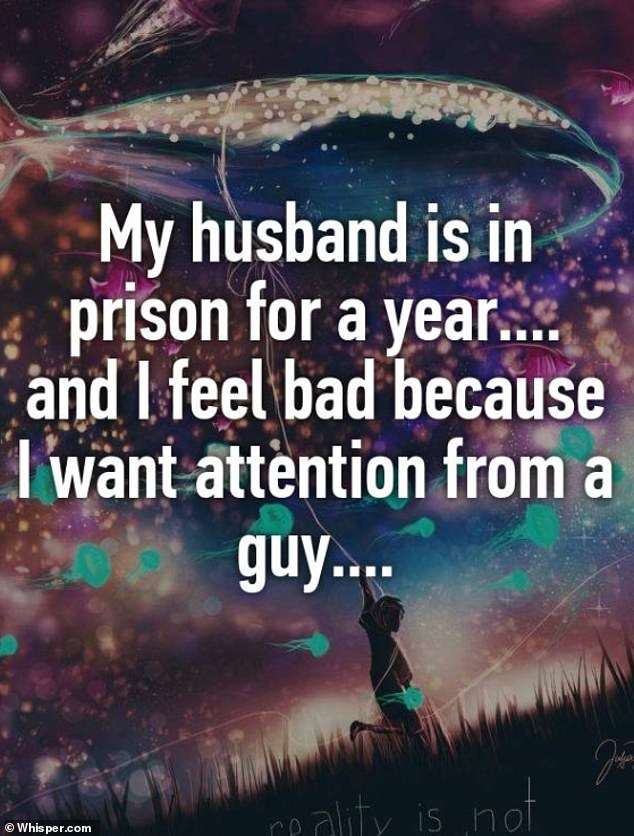 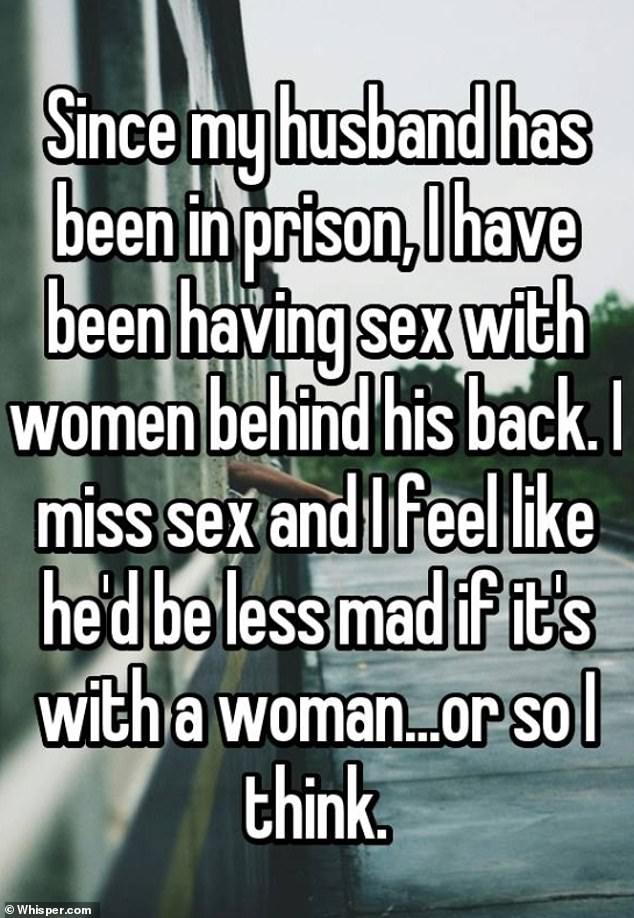 One woman revealed she had turned to women for comfort while her partner was in jail, because she missed sex 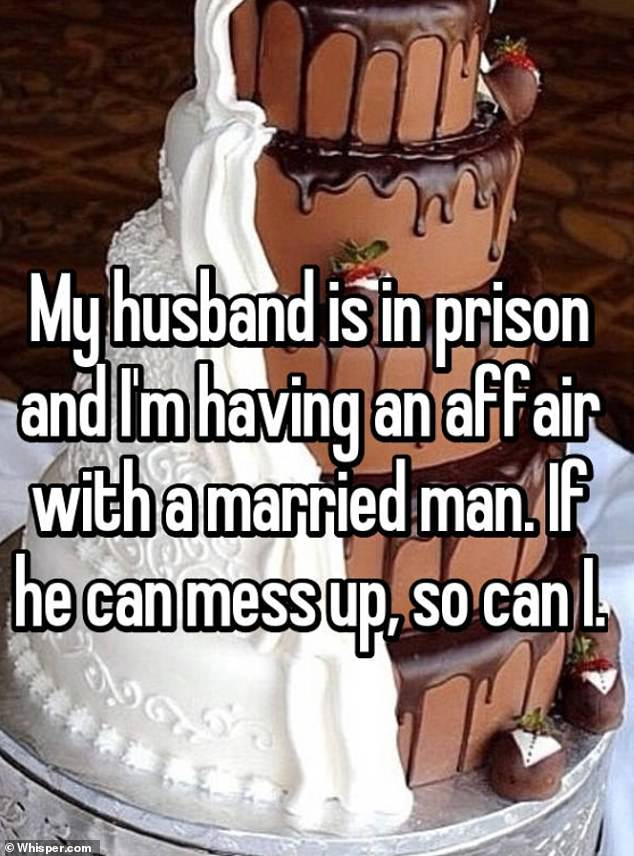 Tit for tat? One wife said she had been cheating on her husband with a married man while he was locked away

You’ve been served: another woman admitted her husband being in prison had complicated their divorce proceedings 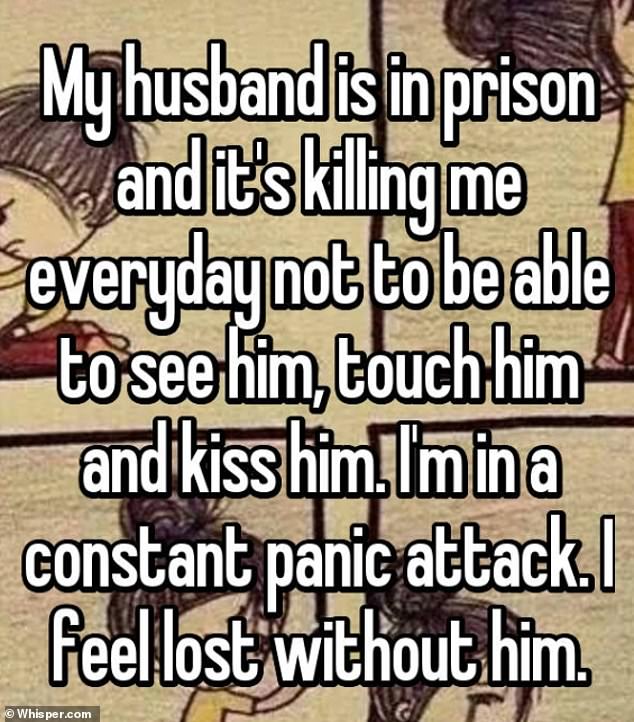 One wife said she had panic attacks since her husband had been locked away, because she missed him so much 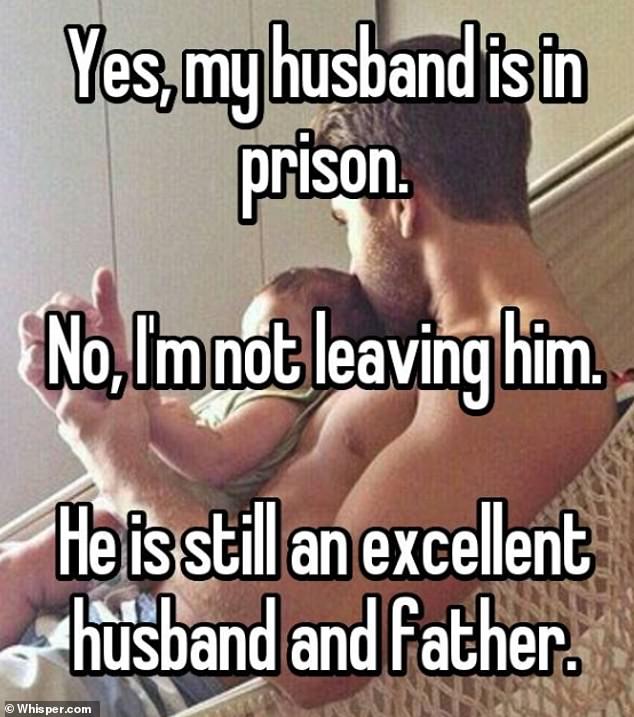 Loyal: even though her husband was in prison, one wife said he was still a great father and husband and that she wouldn’t leave him 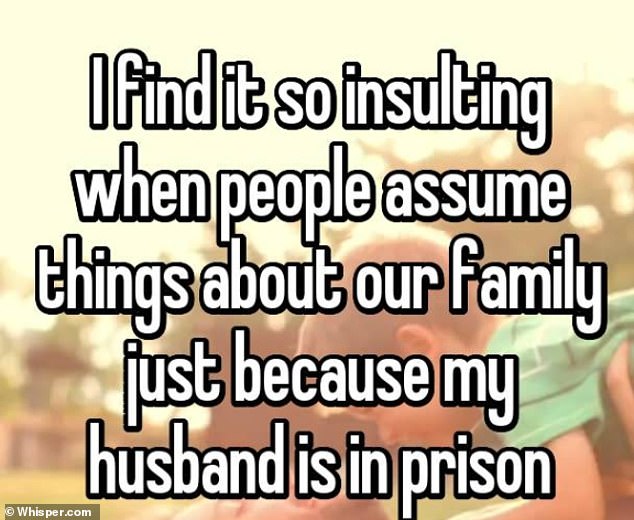 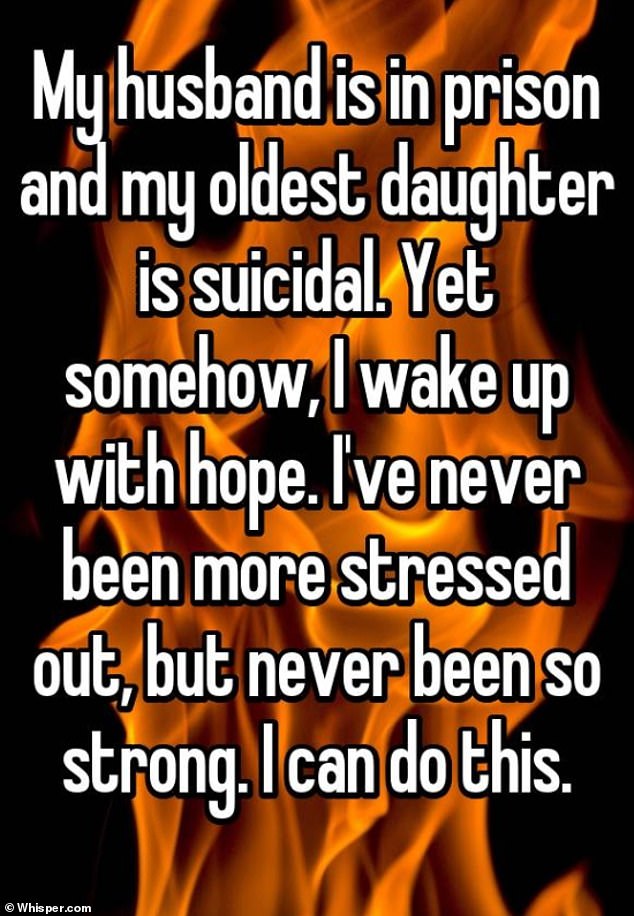 Self-discovery. A mother whose husband was in jail said she found out how strong she actually was thanks to the ordeal 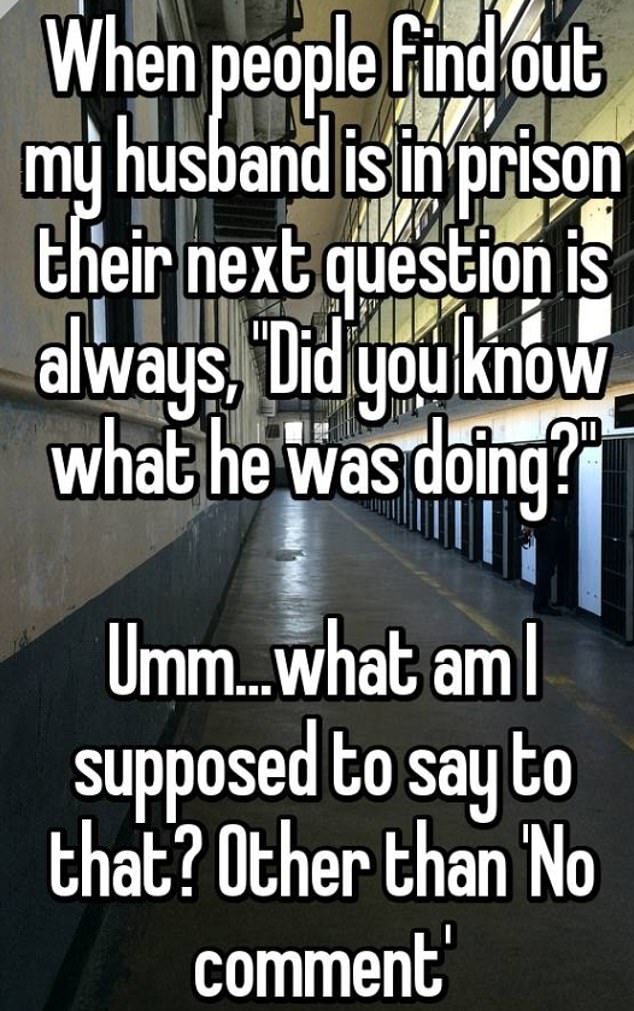 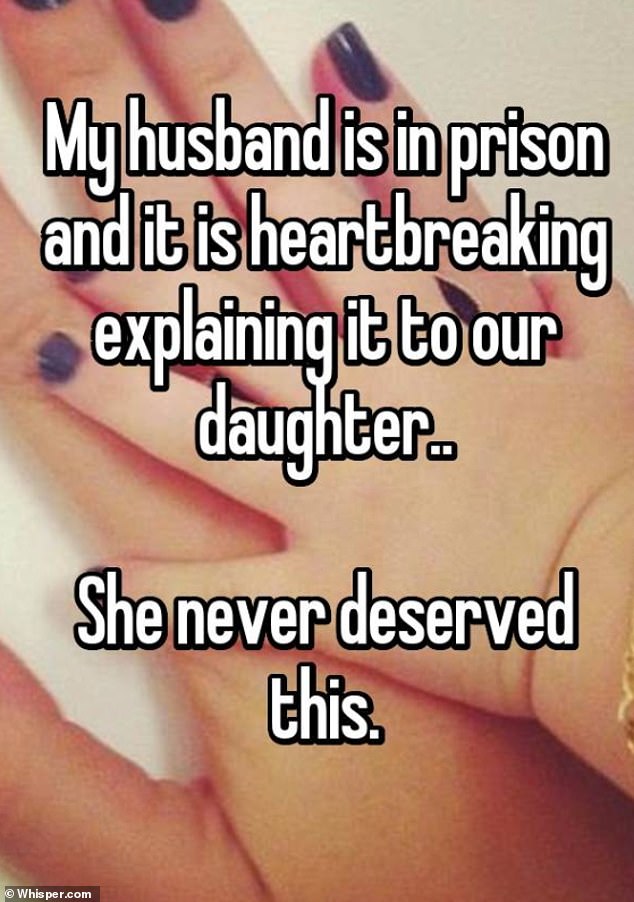 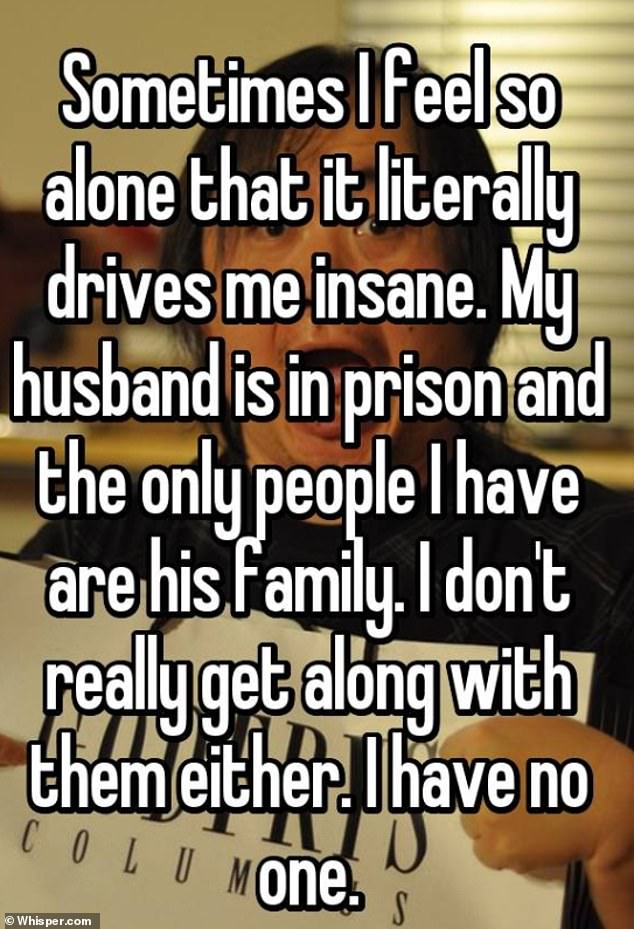 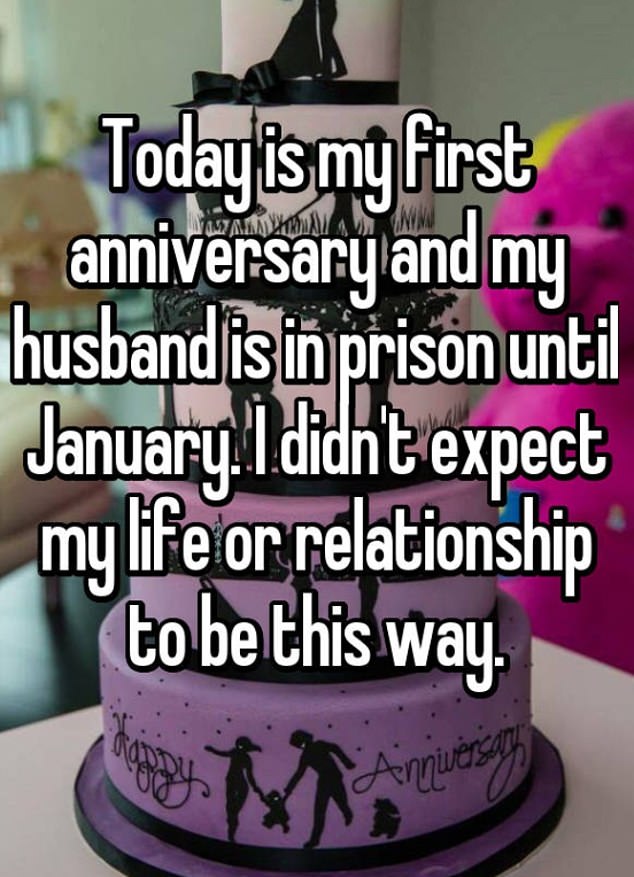 One woman said she hadn’t expected to spend her first wedding anniversary alone, because her husband was in jail 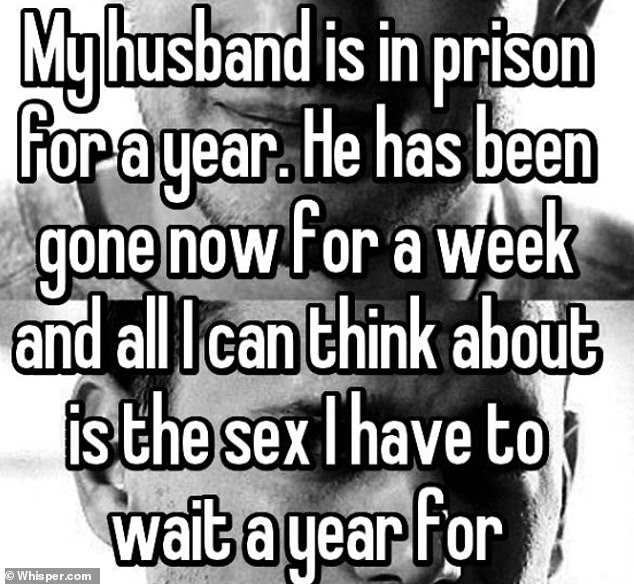 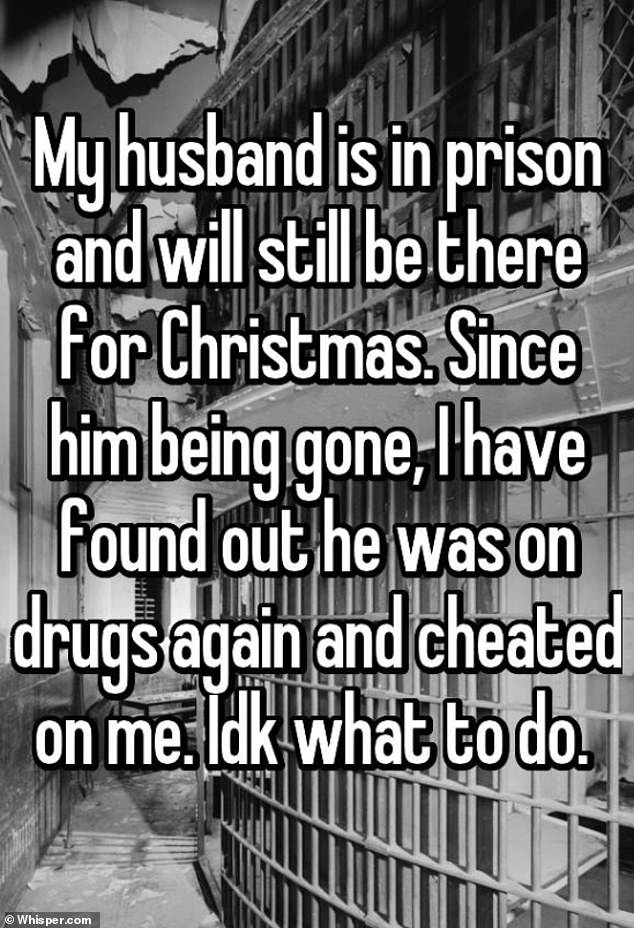