Woman, 36, will develop rare early-onset Alzheimer’s in next decade

Fitness fan, 36, who will develop early-onset Alzheimer’s within the next 10 years admits she’s ‘come to terms’ with never ‘having a family or a retirement’

A 36-year-old who will develop dementia within the next decade has admitted she has ‘had to come to terms’ with the fact she ‘won’t have a family or a retirement’.

Laura Sides, from Norwich, underwent genetic testing two years ago that revealed she had the same mutated gene that caused her father’s dementia.

Fitness fan Laura – whose father died when he was 60 – was told she will ‘100 per cent have this rare form of early onset Alzheimer’s’ within her mid 40s.

‘I’ve had to come to terms with the prospects that I won’t have a family or a retirement – those pockets of life have been taken away,’ she said. 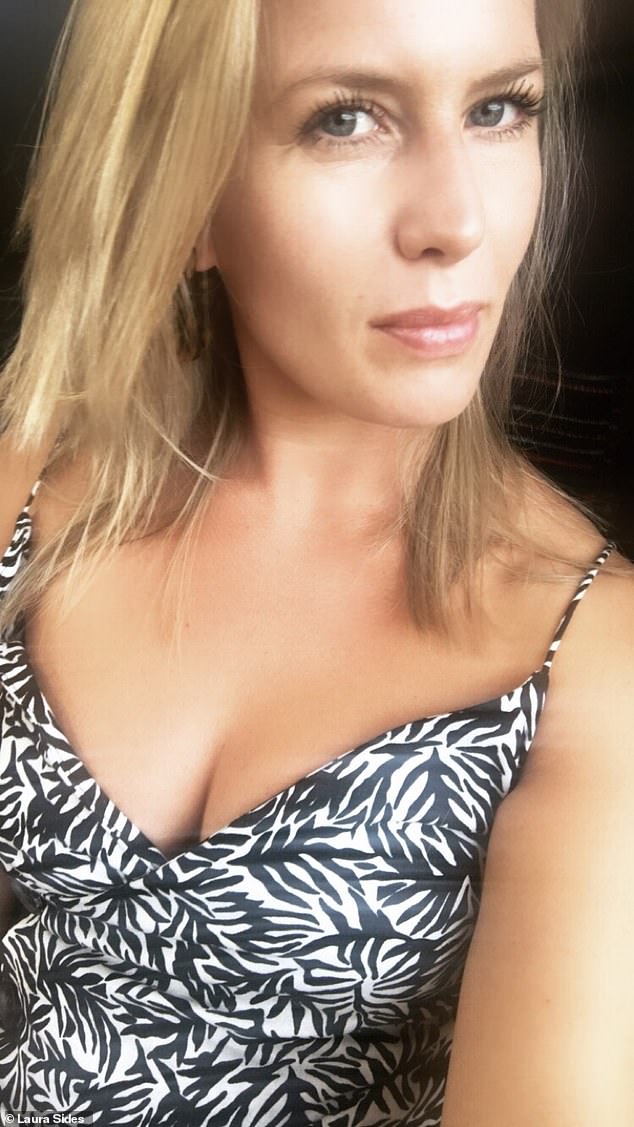 Laura Sides, from Norwich, pictured, was diagnosed with early-onset Alzheimer’s in 2017 when genetic testing revealed she had the same gene which caused her father’s dementia 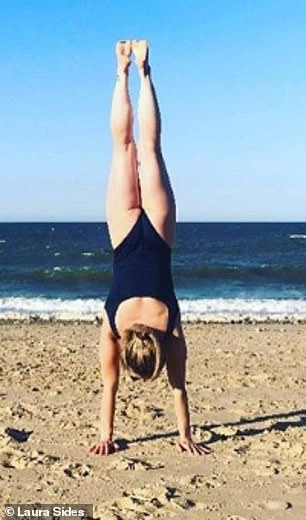 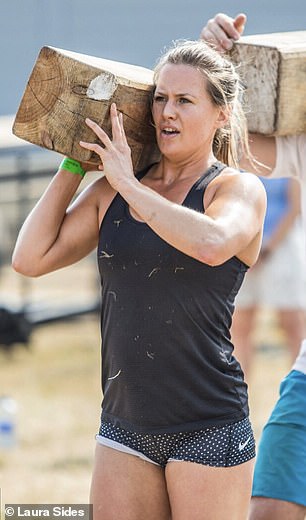 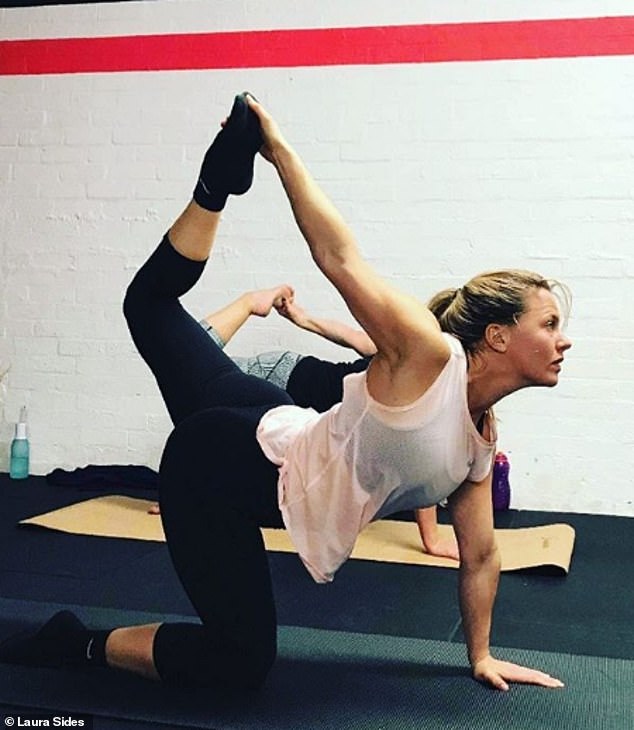 Laura, pictured doing yoga, is now focused on making the absolute most of every day

‘I am making most of the life I have now, I’m living life – I’m working and focusing on my career – I would like to try and go away for a month every year, I want to travel and make the most of these things for the next decade or so. #

‘My priorities have shifted I guess, I don’t need to think about having a mortgage, I don’t accumulate things at home either.’

Laura moved to Australia when she was 26. In August 2017, when she was 34, Laura was told she had inherited the APP gene and would develop early on-set Alzheimer’s within the next ten years.

She now hopes to raise awareness for these rare, inherited forms of dementia – which account for less than one per cent of all cases.

‘I know I can’t change it, but I want to change how people around me think of early onset Alzheimer’s,’ she told FEMAIL. ‘Ultimately I want a cure, it will be a true gift when dementia can be treatable’

‘I am in a unique position to raise awareness of early-onset Alzheimer’s, I’m not old. It’s my life now and I want to talk about it, without people feeling awkward, I want to create conversation around the facts on dementia without the topic being such a taboo’. 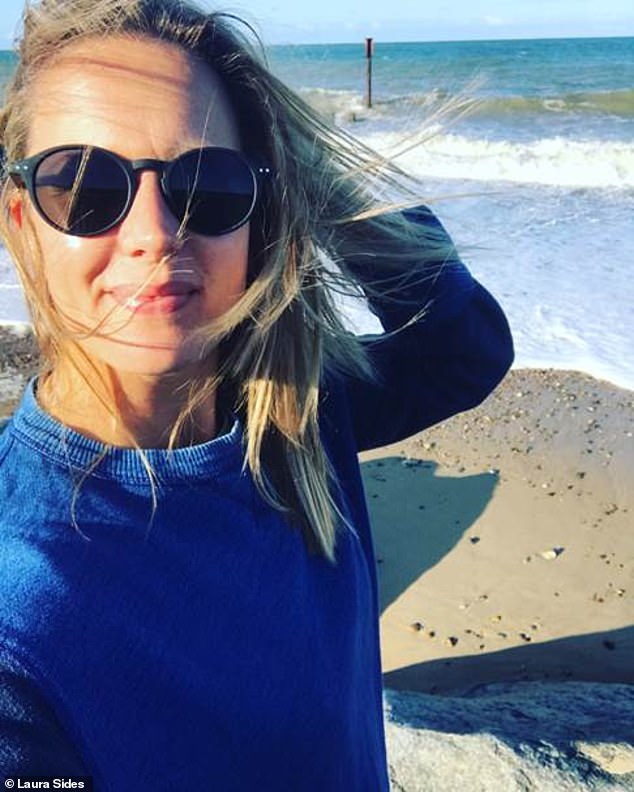 The project manager, who moved to Melbourne when she was 26, had initially refused the testing as she felt a diagnosis would be ‘pointless’

Laura went on to confess that although she feels ‘anxious to “do things” every day’, she is determined to ‘make the most of the life she has now’.

WHAT IS EARLY-ONSET ALZHEIMER’S?

The condition, which causes dementia, is often thought of as a disease of older people – but five per cent of sufferers are under the age of 65.

Early-onset Alzheimer’s is a progressive disease, which means symptoms get worse over time.

‘It’s a lot of mental pressure I put on myself to find a balance of “living my best life” everyday – that isn’t realistic for anyone,’ she said.

‘I do feel anxious to “do things” every day. I guess it’s hard to strike a balance for my lifestyle and make it meaningful without putting too much pressure on it’.

Laura, who moved back to the UK to be close to her friends following her diagnosis, also revealed she has been forced to come to terms with the idea she ‘won’t have a family or a retirement’.

Laura added that she has acknowledged she ‘can’t change the facts’ – and she now wants to ‘change things down the line’ for those who may be affected by this condition in the future.

‘I’ve mainly dealt with having early onset Alzheimer’s by acknowledging I can’t change the facts,’ she said.

‘My journey started a while back with being part of a medical trial, that’s why I want to raise awareness and change things down the line for others with this rare condition in the future. I want others to feel inspired.’

Sadly, Laura has first-hand experience of what lies ahead, as she cared for her father when he developed the hereditary condition in his mid-forties.

The project manager, who had been studying at Nottingham University, looked after her father from when he was no longer able to live independently, to when he went into care at 55.

This experience made Laura passionate about ‘raising awareness and understanding’ around dementia, so those who suffer can be better supported.

‘I cared for my father who had early onset Alzheimer’s too, so I guess my hopes for my future are that I want my life to be different. 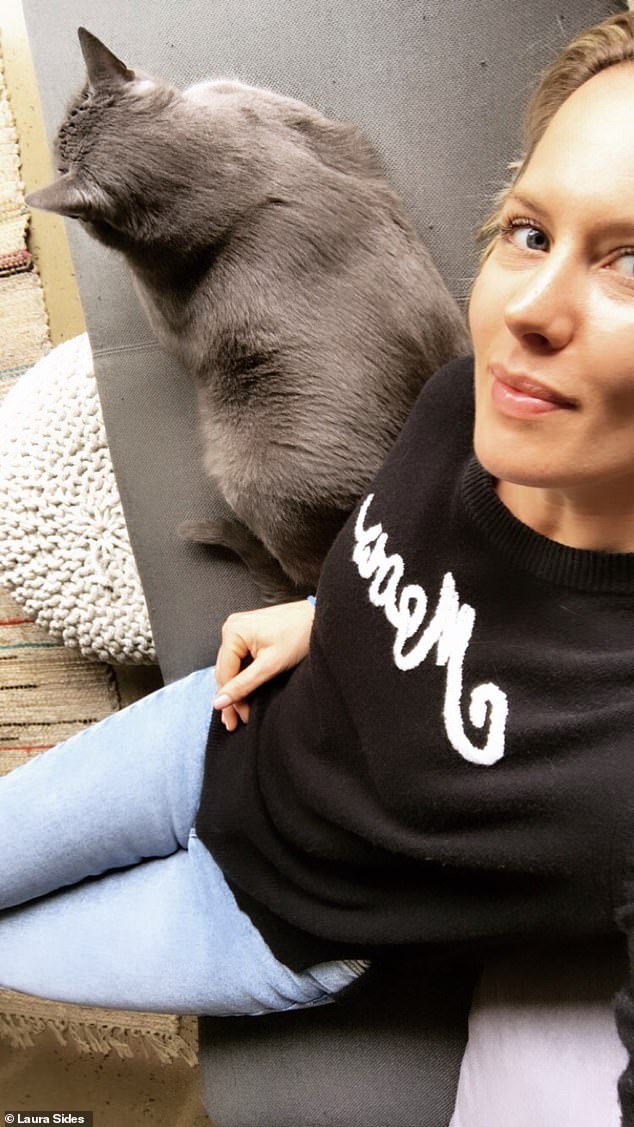 In August 2017, when she was 34, Laura was told she had inherited the APP gene and would develop early on-set Alzheimer’s within the next ten years 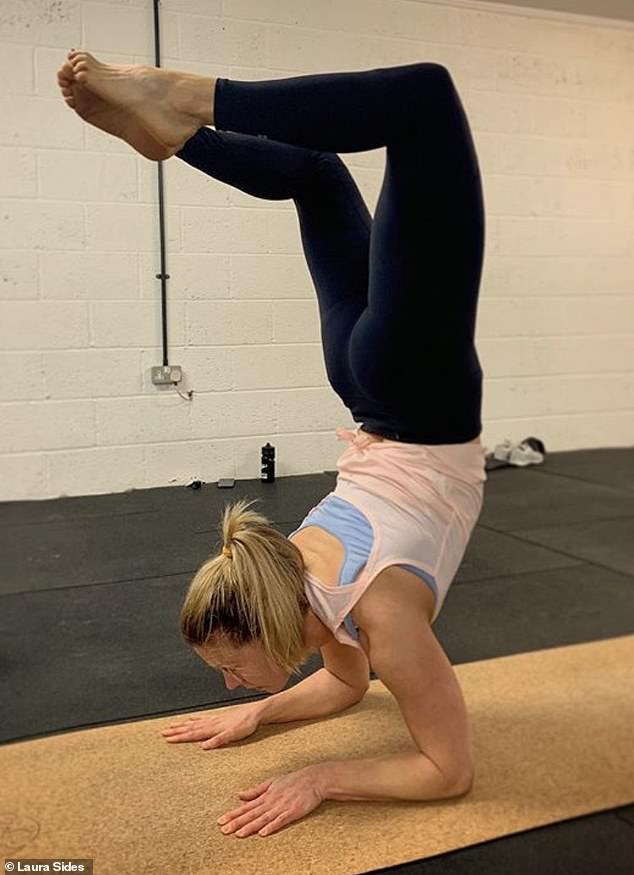 Her experience caring for her father made Laura passionate about ‘raising awareness and understanding’ around dementia, so those who suffer can be better supported

‘I’m really passionate about raising awareness and understanding around dementia to better equip and support others better’.

Since her diagnosis, she has ‘been on a mission to help find a cure for this rare form of dementia’ and she joined a medical trial five years ago.

She said: ‘The diagnosis process was quite bizarre, as you’re essentially finding out your fate. I was living in Australia at the time and I had to go through six months of genetic counselling to be mentally prepared for the information I was about to receive.

‘The process involved having a blood test, from which I had to wait six weeks for the results – I still remember the exact date I received the results, its engraved into my brain.

‘My friends were sweet, constantly trying to reassure me I’d be fine and that it wouldn’t be bad news but an element of me knew I had it. I was given the bad news that I will 100 per cent have this rare form of early onset Alzheimer’s, around my mid 40s.’

Laura said that from here, there was a ‘huge shift’ in her life.

‘Going from not knowing you’re affected to thinking about it all the time was a huge shift in my life,’ she said.

‘My initial feeling, once receiving the news, was sadness around the prospect of having to tell the important people in my life.

‘Since then I have been on a mission to help find a cure for this rare form of dementia and have been part of a medical trial the past 5 years.’ 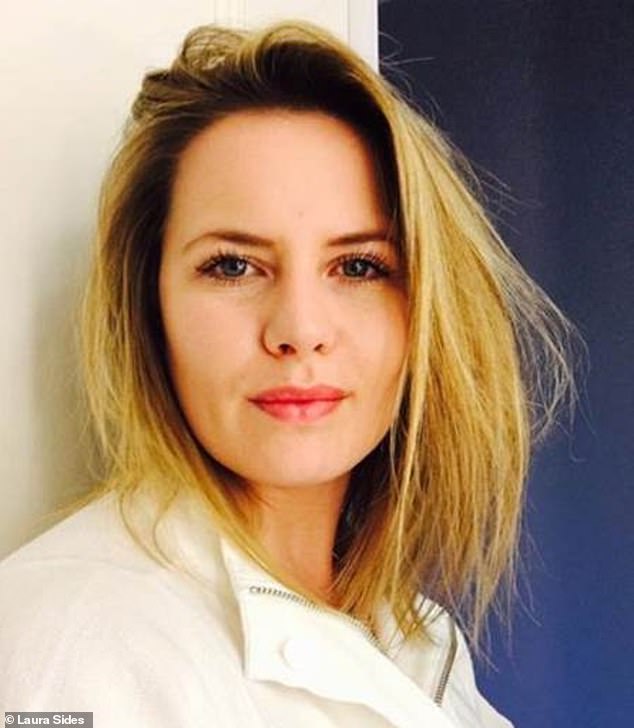 Sadly, Laura has first-hand experience of what lies ahead, as she cared for her father when he developed the hereditary condition in his mid-forties

But the fitness fanatic, who said she has not yet suffered any symptoms of Alzheimer’s, confessed she is ‘not afraid’ of getting ill, and instead fears that she won’t live a ‘fulfilled life’.

She said: ‘I’m not afraid of getting ill at the moment, I’m sure that time will come, my fears are more around not being able to get things done that I want to in life now.

‘I want to live a fulfilled life where I travel and see as much as I can. You don’t realise it but having the control to do things now is a luxury’.

Laura is supporting Alzheimer’s Research UK’s #ShareTheOrange campaign which highlights that dementia is caused by physical diseases that can be tackled through research. For further information search #ShareTheOrange