Woman claims to have swiped EVERYONE in her area on Tinder

‘I reached the end of Tinder’: Meet the single wellness coach who swiped through so many men on the dating app she was told there were no matches left

Brunette bombshell Andi Lew, 46, appears to have it all: a successful job as a wellness coach, a loving son named Beaudy and a jet setting life between America and Australia.

But the only thing she would add to the equation is a relationship; something the Australian single mum has been trying to find offline and on dating apps for the past six years.

Having signed up to Tinder when it was new, Andi told Femail she has since swiped through ‘everyone in Sydney and Melbourne’ and even started ‘pin dropping to other places and countries’. 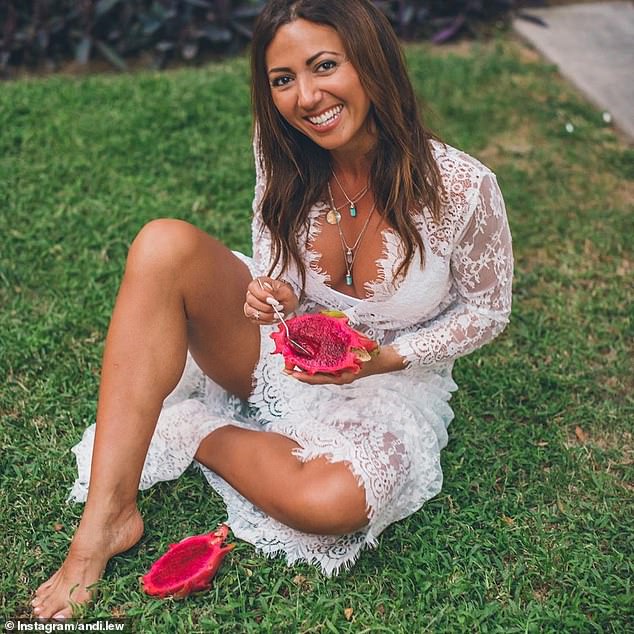 Brunette bombshell Andi Lew, 46, appears to have it all: A successful job as a wellness coach, a loving son named Beaudy and a jet setting life between America and Australia

‘Tinder was the pioneer of the dating app world. Since then we have literally new ones being developed every couple of months,’ she said.

During her time in the early online dating sphere Andi would tell her matches that she was merely there to research her latest book #instalovers.

‘I ended up having a relationship with one guy I fell madly in love with until he had to go back to Sweden. I knew I could never live there full time so we had to break it off. The other [matches] I just met and we became amazing friends.’

After recently returning from a press tour in America Andi decided to revisit her apps again ‘because there was nobody left in Melbourne that I felt like I wanted to meet or date’.

‘I wanted to see what it was like in the United States. I’m currently on Bumble, Hinge (the relationship app) and Raya (an app for celebrities or people in showbiz world) and I haven’t deleted them yet,’ she said.

If you reach ‘the end’ of the app a message will pop up saying ‘there’s no one new in your area’ – at which point you need to widen your area and age range. 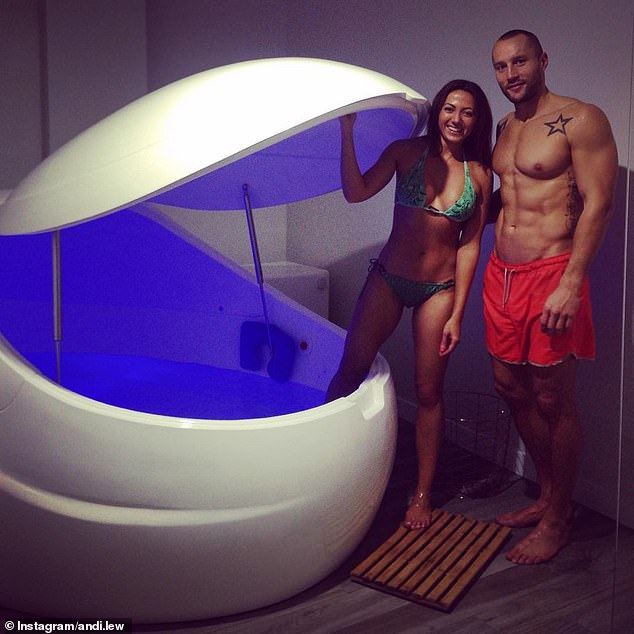 ‘I ended up having a relationship with one guy I fell madly in love with until he had to go back to Sweden,’ she said (both pictured) 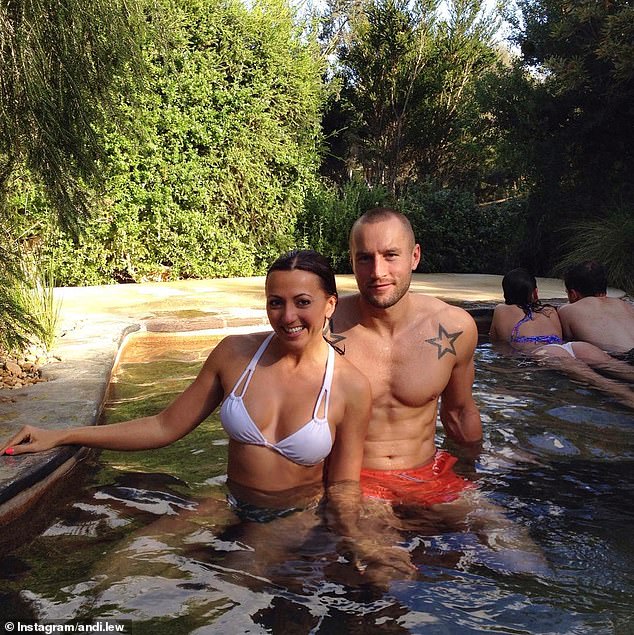 ‘I knew I could never live there full time so we had to break it off,’ she said

Andi has dated men in their 20s and 30s while she was in her early forties because she found men her own age bracket in Melbourne were already married.

But she isn’t currently on Tinder because it became ‘less fun’ after using it for a number of years.

She wants to ‘try other apps that are geared toward showcasing yourself to attract more meaningful connections’.

‘I loved knowing that other apps weren’t about swiping left or right. They also included a heart. This means you can really think about the person and what they’ve written about themselves before saying no,’ she said. 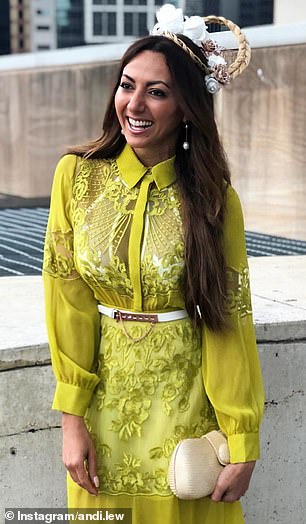 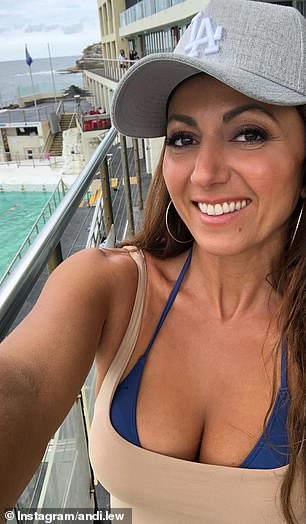 What are Andi’s top tips for being successful in online dating? 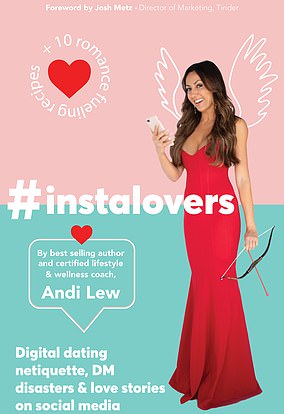 ‘I love creating connection. We are in a social revolution and really looking to swipe right for more than one night.

‘The “self love” movement is in full swing and myself, like others, are looking for relationships. This is why Hinge announces when you join “this is the app designed to get you off the app!”.’

While she’s not actively pursuing a partner right now she likes knowing that someone might be looking for ‘something real and kind’ and things might develop out of nowhere ‘without expectation’. 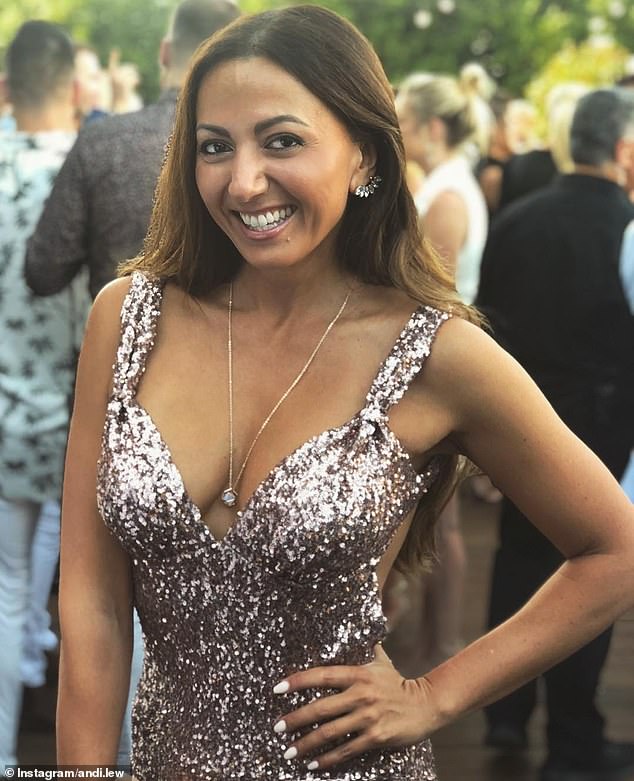 Having been on her fair share of dates Andi cautioned those using apps to realise one match doesn’t mean ‘you’re getting married’.

‘Take it slow. It’s merely a new connection. Go on apps where you can read a little about the potential date. A person becomes more attractive once you understand how they think,’ she said.

She also wishes society would remove the stigma around meeting your soul mate on a dating app.

‘It’s so the “norm”. These days people aren’t asking couples how they met. They’re asking “which app did you meet on?”‘ She said.

#Instalovers is available for purchase on her website, where a hard copy retails for $27.99, or Amazon, where it retails as an E-book for $9.99.