Woman, 22, with cystic acne reveals her skin improved in eight weeks thanks to a range of expert-backed products including oil control pads and a magnesium crystal exfoliating polish

A woman with cystic acne who was so self-conscious of her skin she used to avoid making eye contact with customers has revealed how she improved her condition thanks to a range of dermatologist-backed products.

Lucy Morris, 22, from Surrey, first started suffering from debilitating cystic acne as a teenager and told how her condition had a ‘huge impact’ on her mental health, leaving her unable to go out without thick layers of make-up hiding her face.

The account manager was prescribed controversial medication Roaccutane, an anti-inflammatory drug, but suffered ‘horrible side effects’ including nose bleeds and ‘extreme’ depression.

However she finally found a solution in a £300 treatment range from ZO Skin Health, a range of products developed by US-based dermatologist and skincare guru Zein Obagi. 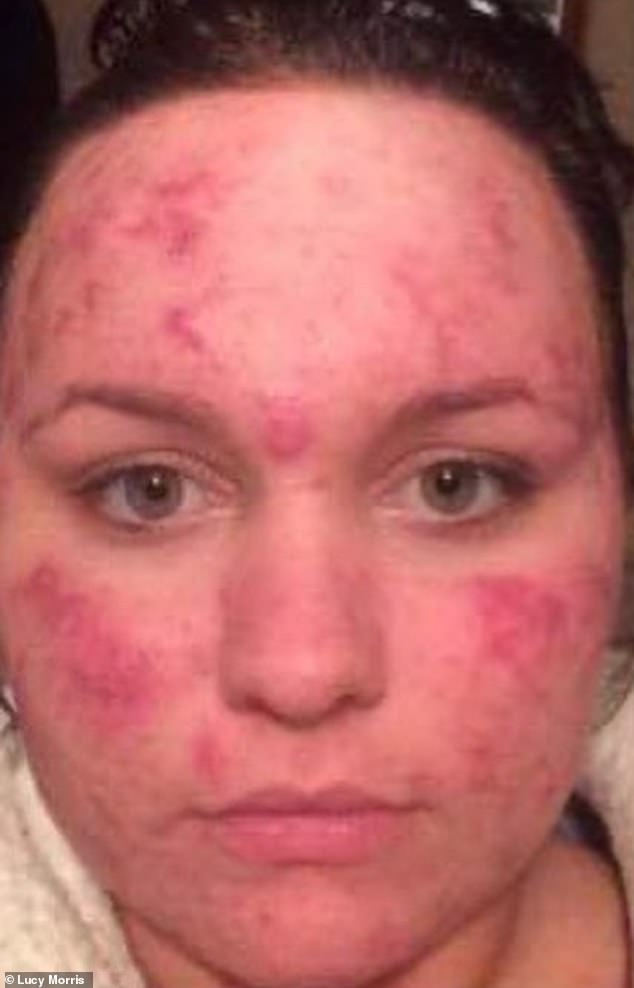 Lucy Morris, 22, from Surrey, first started suffering from debilitating cystic acne as a teenager and told how her condition had a ‘huge impact’ on her mental health. She is pictured before starting her skin treatment 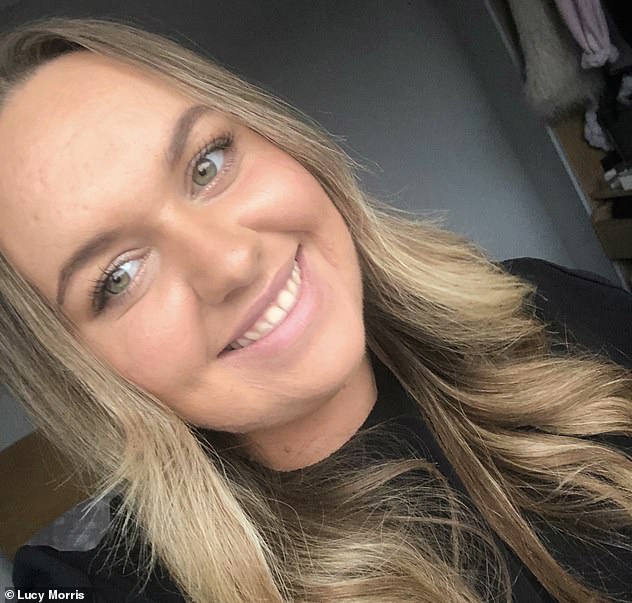 After discovering a prescribed a skincare regimen from ZO Skin Health including a peel and daily routine, within eight weeks her acne was cured and her skin was the ‘best it has ever looked’. She is pictured following her skin treatment

Lucy was instructed to use eight different products, including oil control pads and an exfoliating polish that contains magnesium crystals.

Now, eight weeks later, her skin is better than it has been in years. ‘It has made a massive difference to my life by giving me so much more confidence,’ she said.

‘Once you make it past the red dry and peely stage, you will be left with such a clearer complexion which – after seven years of dealing with acne that had ruined my life – I just didn’t realise I was able to have.’

Lucy spoke about the impact acne had on her mental health. 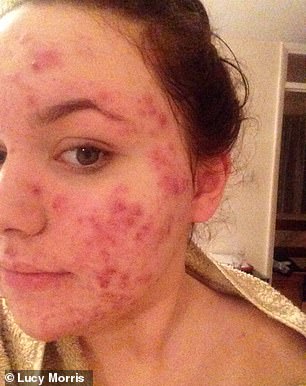 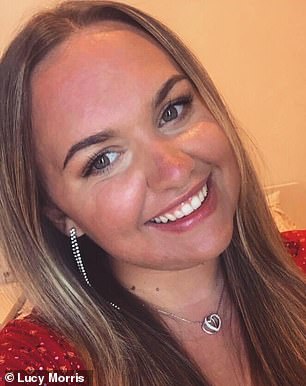 Lucy was instructed to use eight different products, including oil control pads and an exfoliating polish that contains magnesium crystals. Pictured, before (left) and after (right)

She said: ‘At a time when I was supposed to be out having fun with my friends, I had so little self-confidence that I would come in from work and go straight to my bedroom upset.

‘If I did go out, I’d wear a really heavy concealer and I’d drink and drink so that I didn’t feel as self-conscious about my spots.

‘I was a hairdresser at the time, so I was working in an industry where I was supposed to look good and be confident and chatty with customers. Instead, I watched the clock all day and wouldn’t look customers in the eye.

‘Children of customers would say hurtful comments. I remember one child asking if I had chickenpox and even though I know that they didn’t understand, it would play on my mind.

‘One time I went to a pub with my friends after covering my spots in thick makeup but when I hugged my friend one of my spots got caught in his zip which caused it to bleed heavily – I spent the night crying in the toilet before going home.’

After three months of waiting for a referral to see a dermatologist, Lucy was finally prescribed with an antibiotic called Limecycline Tetralysal.

And, after this didn’t work, she was finally prescribed with Roaccutane, an anti-inflammatory drug that attacks the sebaceous glands, which produce oil, in the skin and reduces their oil production. 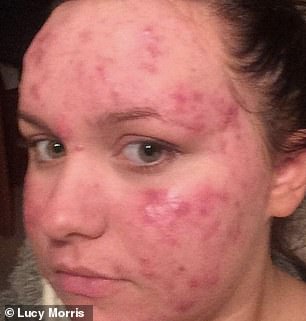 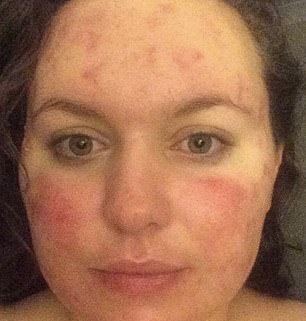 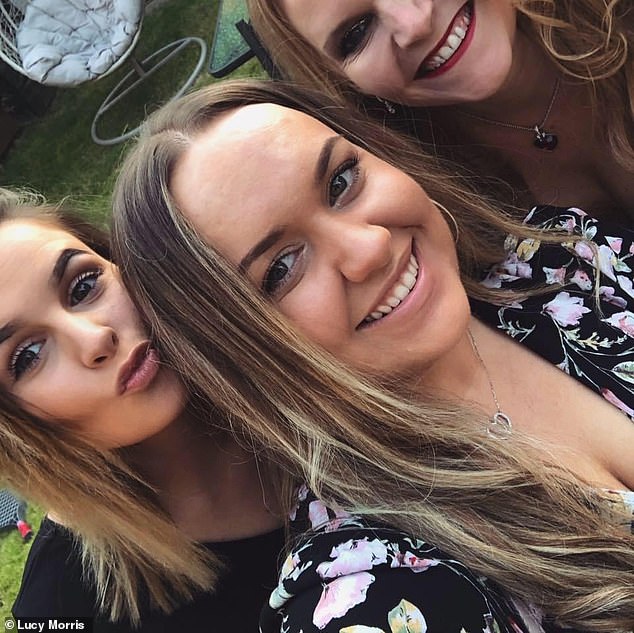 ‘The Roaccutane was awful and caused really horrible side effects,’ she continued. ‘I suffered with nose bleeds most days at work which meant that I was sent home and I had extreme depression as a result of the medication.

‘I spent nine months on Roaccutane and, while most of the boil cysts had diminished, I still suffered from spots alongside the awful side effects.

‘I went back to see my dermatologist and they gave me an ultimatum, it was Roaccutane, with its awful side effects, or the acne.’

At a loss, Lucy’s mum scoured the internet and suggested that book an appointment with Dr Rekha Tailor at Health and Aesthetics, in Surrey. Dr Tailor helped Lucy decide on a course of treatment with ZO Skin Health. 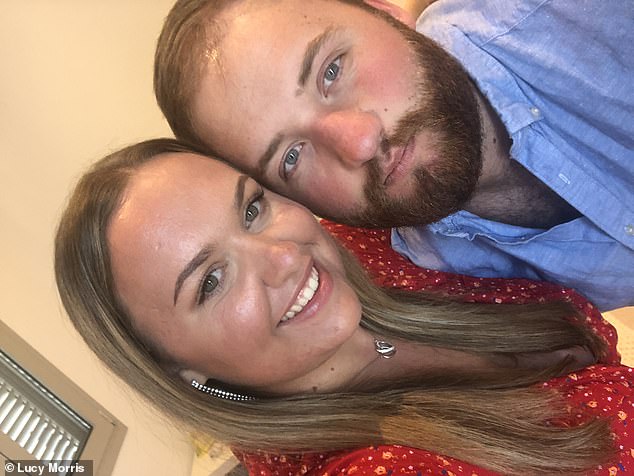 Lucy said: ‘It has made a massive difference to my life by giving me so much more confidence’ She is pictured with her boyfriend during lock-down following treatment

Lucy said: ‘At first the peel did exactly that and I had red, flaky skin for the first six weeks. But then after that the spots subsided and my skin started to heal. It looked so much better. For anyone suffering with Acne, put down the face cream and get onboard with this.

‘When prescribed effectively and within a system, these products can have a life-changing impact,’ explained Dr Tailor.

But she warned: ‘It’s important to remember that they are not mix and match products and shouldn’t be simply added to an existing skincare regimen.’ 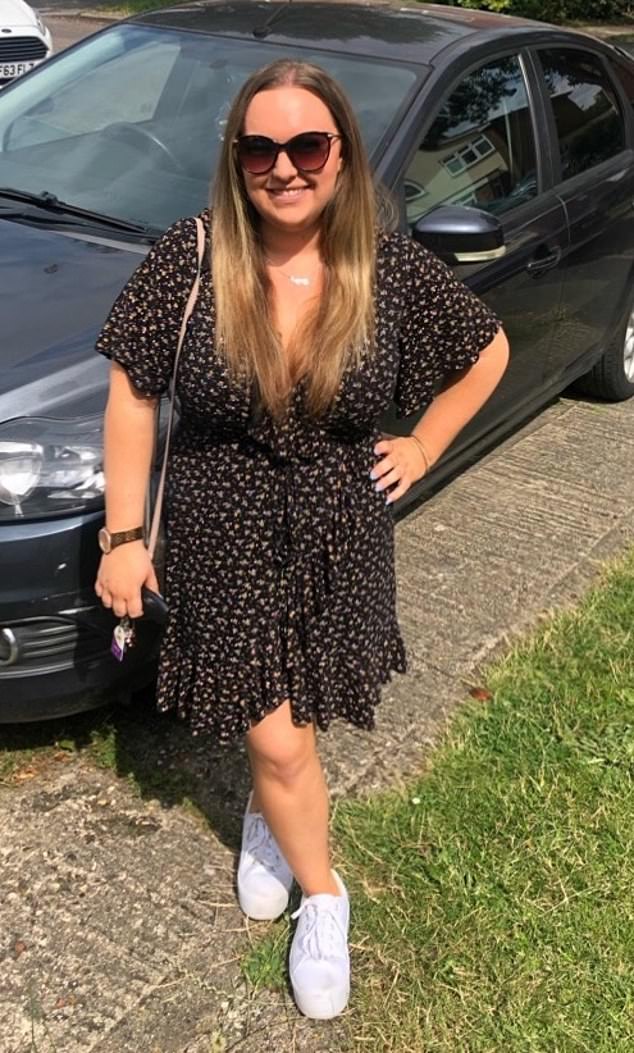